Park Seol-min, 28, half-jokingly tells his friends that he bought a 10-square-meter plot in the wealthy Gangnam area of Seoul for less than 40,000 won ($34).

As you might expect, given that apartments in the area trade for more than 30 million won per square meter, there’s a catch: The plot only exists in a virtual, computerized world.

Park is one of a growing number of “virtual homeowners,” who spend real money on real estate in metaverse platforms such as Earth 2, which presents users with a map of the world, cut up into small 10-square-meter plots of land.

But while the land may be virtual, the profits can be real.

“Before I bought digital real estate in Gangnam, I scooped small parcels of virtual land near Gwanghwamun Square and the National Assembly’s main buildings in Yeouido, in February, which amounted to nearly 170,000 won. Surprisingly, the properties’ (total) asset value jumped to 460,000 won in just two months,” Park said.

“Given that some people hit the jackpot by investing in cryptocurrencies like Bitcoin at a very early stage of coin trading, virtual real estate seems like a tempting option for long-term investments with a small capital.”

As of July, the total value of virtual land owned by Earth 2’s Korean users is estimated at 7 billion won, much higher than that of Japan and China, which posted 380 million won and 290 million won, respectively, according to data from the trading platform.

Asia’s fourth-largest economy ranked third among major economies in terms of the number of digital plots purchased, which stood at 500,000 in the cited month, after the United States with 600,000.

“It was interesting that I could own properties that are not for sale in real life such as the road in front of the National Assembly and Gwanghwamun Square. If (Earth 2) adds features that allow people to build their own residential buildings on their land and trade them with others, which will eventually form a virtual city, the platform will become a more promising investment destination,” said Lee Hyun-ji, an office worker in her early 30s, who bought a total of 575 tiles of virtual land in Earth 2, between November last year and January, with their property value rising 107 percent during the period to reach 3.65 million won, as of the end of January. 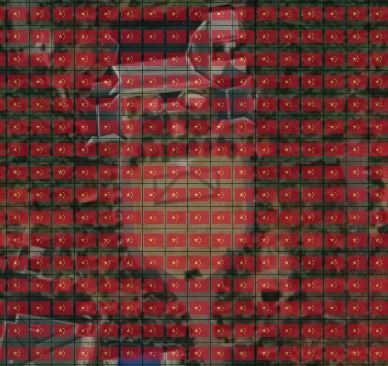 Rising demand for virtual land came amid the rise of metaverses -- virtual environments, often incorporating augmented reality technology, in which people from the real world interact with others through digital versions of themselves. It has recently grown in popularity as the prolonged COVID-19 pandemic limits in-person contact.

Experts say a similar speculative fever to that which swept cryptocurrency markets has added fuel to the metaverse property boom.

In the first quarter of the year, the trading volume of cryptocurrencies amounted to 1,500 trillion won. In April, industry data showed.

“For millennials and Generation Z, or those born from the late 1980s to early 2010s, who are frustrated by the overheated real estate market, finding it almost impossible to own land or buildings in Seoul, the purchase of digital property could be an attractive investment activity.”

Despite the growing popularity of virtual property trading, some experts are skeptical as to whether it can gain further momentum like the current get-rich-quick crypto boom.

“In the real world, land prices are determined by how land is going to be used. However, in the current digital platform for virtual land transactions, investors can’t find an economic use for their land, which casts doubt on sustainability of the investment activity,” said Kim Sang-kyun, a professor of industrial engineering at Kangwon National University.

“An asset refers to something that can be valued or used for monetary transactions in real life. Unless the ongoing virtual property transaction is differentiated from online games, whereby players purchase points and buy in-game items, Earth 2 and other related metaverse platforms are unlikely to create a boom among retail investors for a long period of time.”