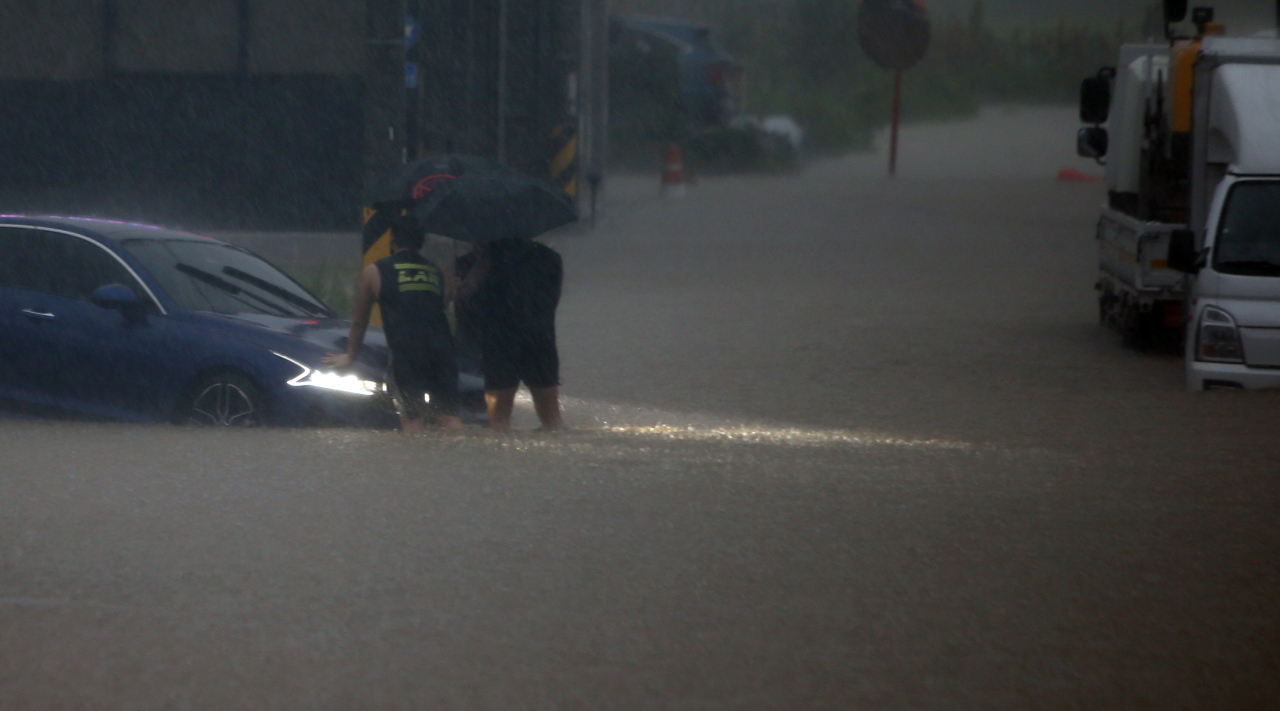 People attempt to push a car stuck in water in Gangneung, Gangwon Province, where a rain alert was issued on Wednesday. (Yonhap)
Heavy rains that swept both Japan and China this week is expected to affect Korea as early as this weekend and throughout next week.

According to the Korea Meteorological Administration, the rain is forecast to begin in the regions of Jeju Island and southern coastal areas from the early hours on Saturday and expand throughout the country.

“The North Pacific high pressure that caused the heavy rain in Japan is moving northward, and the cold dry air in the north that affected China is quickly moving southward, so two precipitation factors are gathering toward Korea at the same time,” KMA forecaster Woo Jin-kyu said Thursday.

The official explained that these two factors will create a stagnant front, which could cause sudden torrential rains, and pressure in the northern part of Korea will prevent it from dissipating.

“It is difficult to specify the areas where heavy rain will be concentrated at this time because forecast models show different predictions and we do not know where exactly the low pressure will pass,” Woo said.

“Based on the current air pressure patterns, a dangerous climate condition is likely to develop. We advise citizens to check the weather frequently next week as we will be able to provide more accurate information with short-term predictions.”

For the time being, daytime highs over the next few days will not exceed 30 degrees Celsius, as cool temperatures are expected in the morning and night, the KMA said.