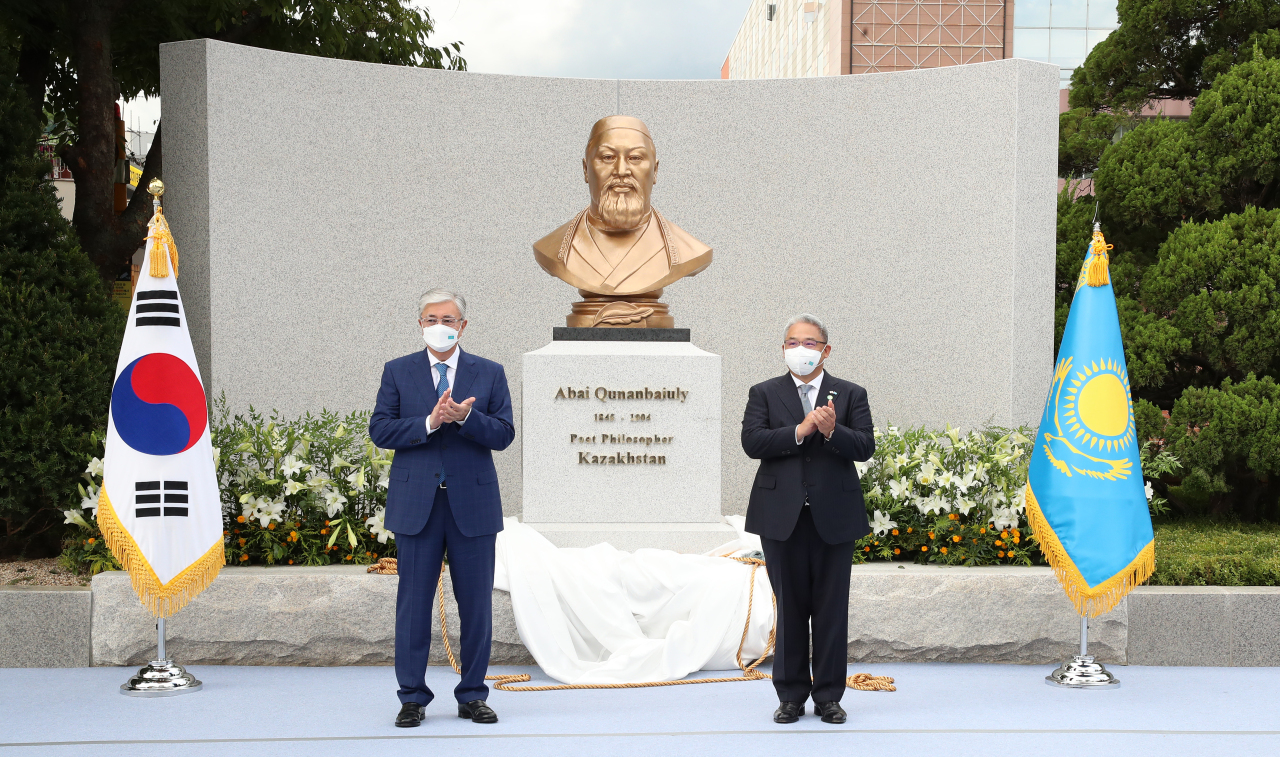 Kazakh President Kassym-Jomart Tokayev and Lee Sang-kyun, chair of the Shinil Education Foundation, unveiled the sculpture together on Tuesday at Seoul Cyber University, which is run by the foundation.

“National poet Abai, with his soul-touching and beautiful lyrics, was a grateful visionary who gave hope and light to the lives and souls of Koryoin, who were forcefully migrated to Central Asia in the mid-20th century,” Lee said.

“I think it is very meaningful to have installed the statue of Abai Qunanbaiuly at Seoul Cyber University for the (upcoming) 30th anniversary of establishing diplomatic ties between South Korea and Kazakhstan.”

One of the most respected figures in the history of Kazakhstan, Abai Qunanbaiuly left his biggest mark in poetry. His works had a significant influence not only on the central Asian country’s culture, but also on world literature, having been translated into many foreign languages. Under the auspices of UNESCO, the world celebrated the 175th anniversary of Abai’s birth last year.

The bronze statue was installed at Kazakhstan’s request in recognition of Seoul Cyber University’s efforts to lead cultural and arts exchanges between the two countries, according to the university.

The bust is “a sign of respect the brotherly nation of Korea demonstrates to the Kazakh people,” the Kazakh president said, according to the Akorda press service.

“We could particularly strengthen the contacts in the cultural and spiritual sphere. Cooperation in education, science, and culture will continue, thus creating conditions for developing interactions in a spirit of friendship in the future.”

The Kazakh president arrived in Seoul on Monday for a two-day state visit and is the first foreign head of state to come to Korea since the COVID-19 pandemic began.