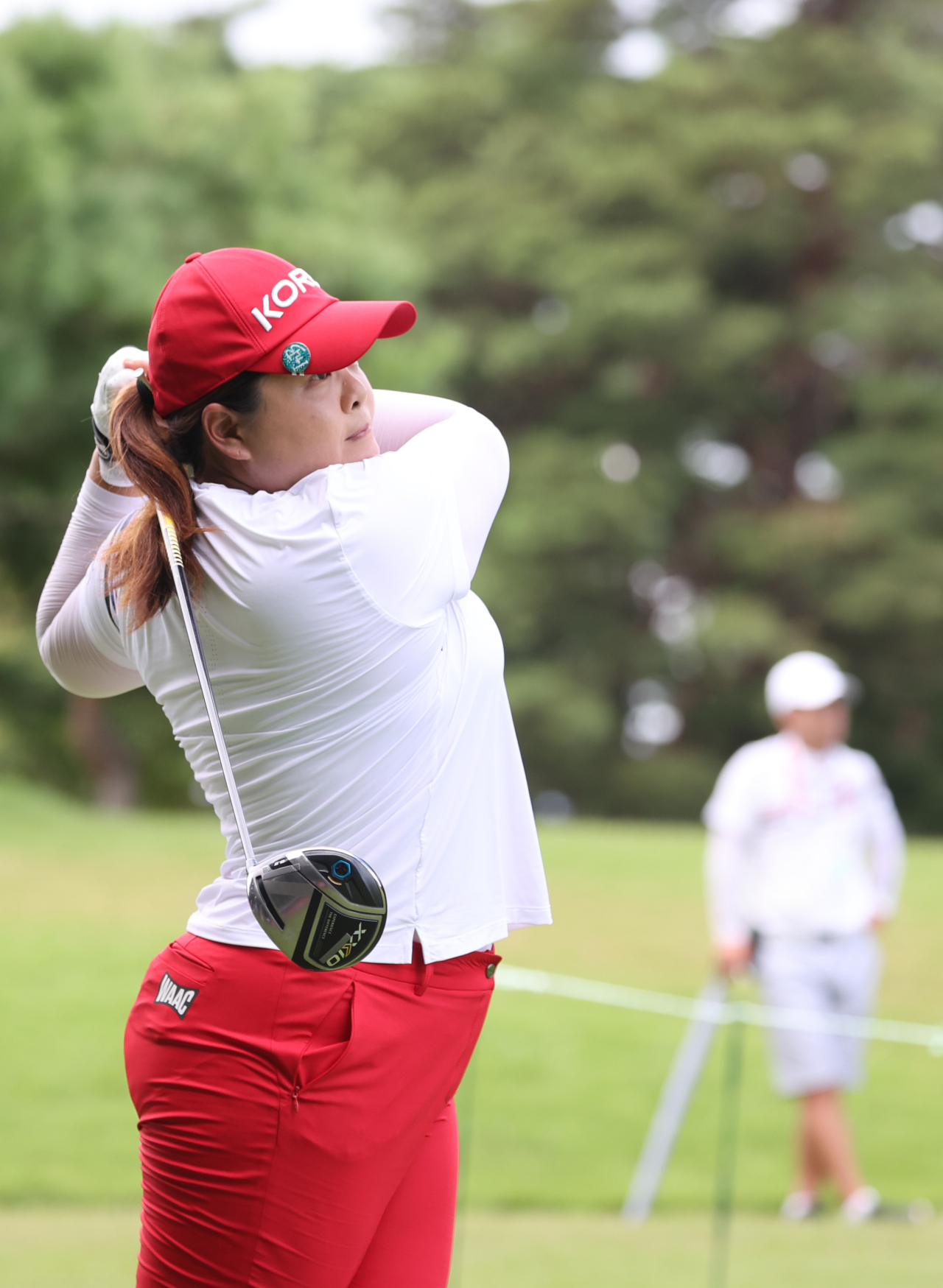 n this file photo, Park In-bee of South Korea hits a tee shot on the 14th hole during the final round of the Tokyo Olympic women's golf tournament at Kasumigaseki Country Club in Saitama, Japan, on Aug. 7, 2021. (Yonhap)
Park In-bee likes to be challenged on the golf course. The LPGA Hall of Famer has enough confidence in her game to thrive under difficult conditions where lesser golfers may falter.

That approach will certainly come in handy this week in Scotland, where the LPGA Tour holds its fifth and final major tournament of 2021 on a historic links course.

Carnoustie Golf Links will host the AIG Women's Open starting Thursday. It has held eight Open Championships on the men's side, and this will be the second Women's Open there, following the 2011 tournament.

The course is so infamously treacherous, with its numerous bunkers, narrow fairways and knee-high fescue rough, that golfers have come to call the place "Carnasty."

But Park thinks the difficult conditions of the links course will suit her just fine.

"Obviously, you need to control your ball really well under the wind and you have to avoid a lot of the bunkers. It is always tough playing under the wind but I somehow manage to enjoy the wind and links golf course," she said during her pretournament press conference at Carnoustie Golf Links on Tuesday (local time). "This is what we're supposed to get playing links golf. The ground is very firm because it's a links golf course, and the ball is running. So the course is not playing overly long. I'm not the longest hitter, so I think that really helps as well.

"I really, really do enjoy the links golf style. We only get to do it probably once or twice a year, and I always look forward to playing links golf," Park added. "To be honest, if I have to play under these conditions every week, I'd say I'm probably not going to enjoy it as much. It's a once-a-year opportunity, and it's a unique setup and I think this is the way golf is supposed to be played."

Park tied for seventh at Carnoustie in 2011. She said she doesn't remember much about the course, "except for that I had a sausage roll after No. 10."

"I knew that I enjoyed the golf course when I played the first time in 2011 and had good results," Park said. "I don't know what we're going to get this week obviously and it's a really wind-dependent golf course, and when it's windy, this course can get really, really tough. When it's not windy, it's scorable."

One other element that has been working in Park's favor this week has been the cooler conditions of Scotland. The daily high isn't expected to hit even 20 degrees Celsius during the tournament. Park has been through some scorching conditions in South Korea and later in Japan for the recently-concluded Tokyo Olympics, with the mercury reaching over 35 degrees Celsius.

"Really excited to be here, finally in a little cooler weather after being at the Olympics, being in Korea," Park said. "I can't believe how fast the year has gone by. Since this is the last major (of 2021), I really want to give it all I have." (Yonhap)