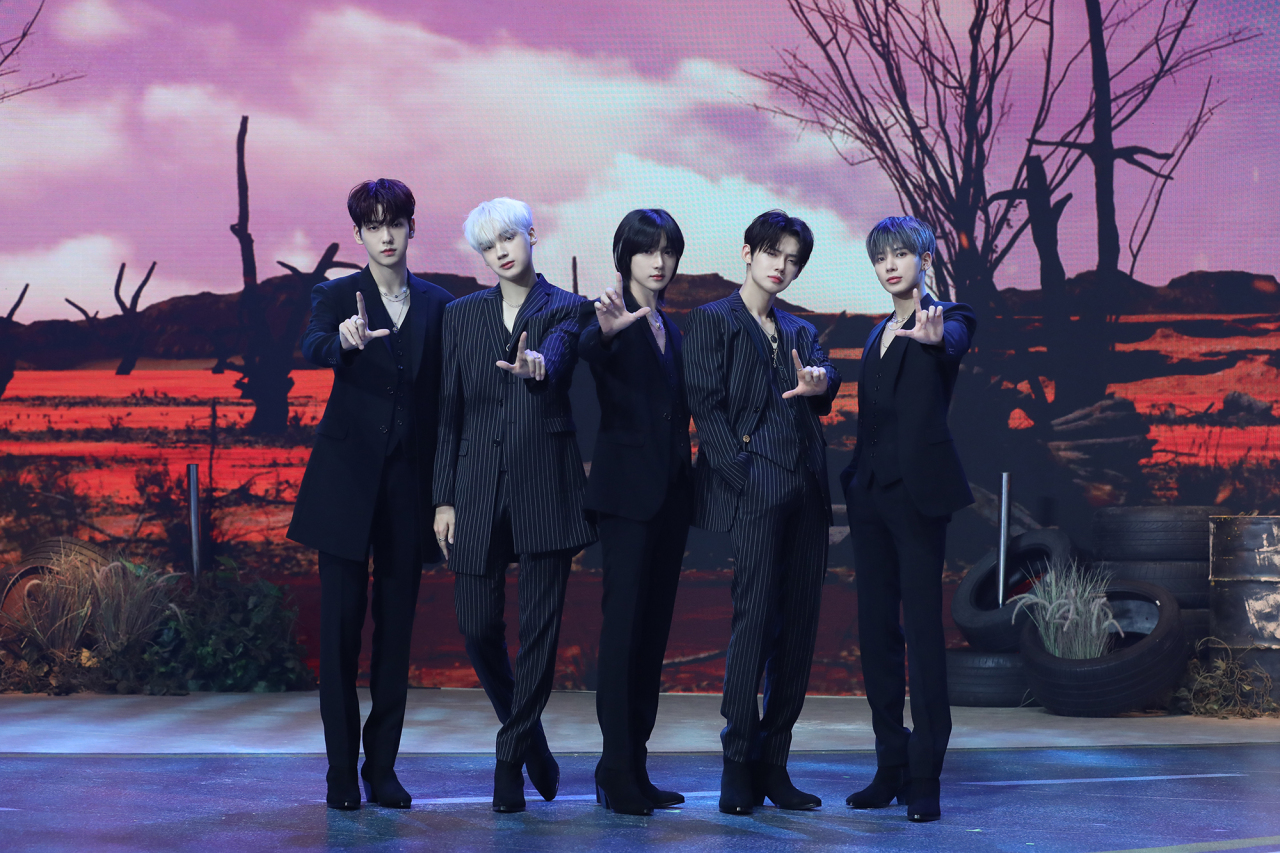 The 11-song repackaged album is about a boy who is ready to confront the brutal and frustrating reality of the world and talks about how the youngster muddles through times of trouble, the group said during an online press conference held Tuesday.

“Our latest print is about fighting against the world when you face something unexpected and baffling,” Huening Kai said. The vocalist and rapper added that “fighting or running away from the harsh reality with you” is the group’s message throughout the album.

The emo-pop-based lead track “Loser=Lover” is about a boy who may be considered a loser by others, who hopes to love someone who means the world to him. Tae-hyun described the song as how the two characters have a paramount effect on each other, referring to them as “saviors.”

“Although the two characters are seen as losers, it doesn’t matter because they are guardian angels to each other,” the main vocalist added. Leader Soo-bin chimed in, saying, “Even if I, referring to the boy, fail to be a helping hand, I will always be with you no matter what.”

Speaking about the dollar sign in “loser,” as stylized for the lead track, Soo-bin added that it extends how youngsters confront the real world. “As the song is about a boy who hopes to escape reality with his lover, he eventually realizes that money is crucial for his escape.”

Yeon-jun made his debut as a lyricist for the lead track. The main rapper said that executive producer Bang Si-hyuk had suggested the opportunity, which meant something big for him. He also spoke about how the comedy-drama series “The End of the Fxxxing World” inspired him when writing the lines.

“The emotions I felt from this scene was that ‘I could hit rock bottom with you,’ which is my favorite lyrics because it vividly illustrates a loser,” the rapper said. He likened his words to the TV show’s love story that takes place in a violent setting, wishing that fans would pay attention to his verse.

The band also took a step closer to fans through “Exchange Diary,” a song dedicated to Moa, the first of its kind. The bandmates wrote the lyrics for the music, reminiscing about the times they had since their debut. 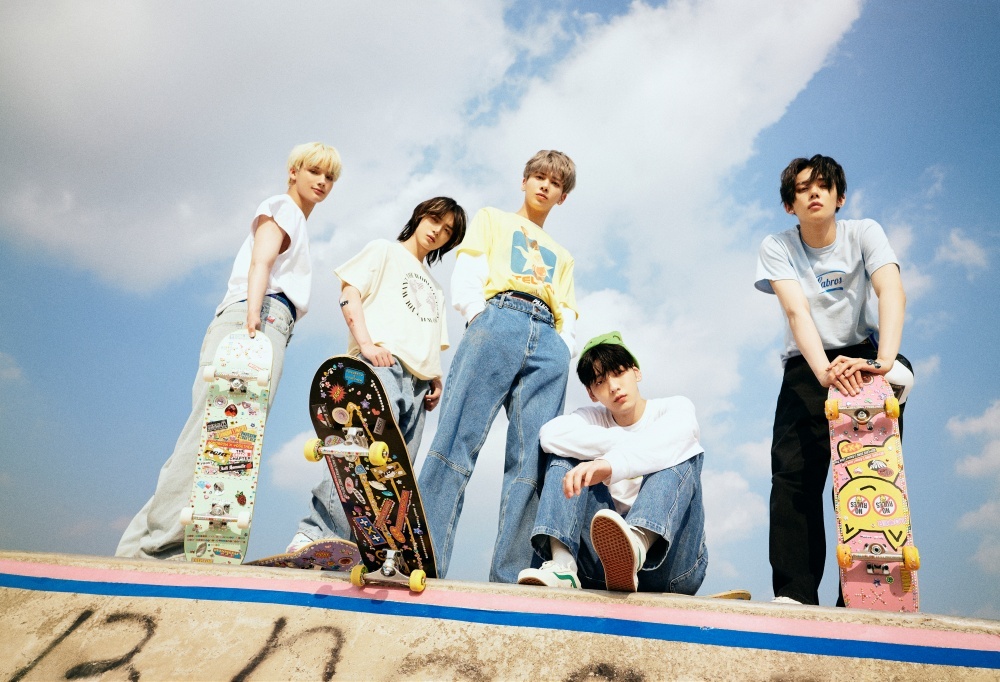 (Big Hit Music)
When asked about why the quintet has garnered attention from Generation Z, the bandmates said it’s because they write about songs that convey their feelings, which eventually touched on the emotions of the young generation.

The five-piece act said together that they are well aware of how adolescents and the youth are embittered concerning current society. They said acting out of the box for their music video is another element music listeners around the globe would enjoy.

The group spoke about how they had deviated from being meek and mild and instead had a rebel tone tailored to them. “Our music video shows how each member unplugs from reality,” the band said.

Soo-bin said he acted in a scene where he runs away after throwing french fries at a hamburger store to show emotions of defying convention. Huening Kai appeared as a part-time worker who runs away with his colleague after seeing him being scolded by the boss. Beomgyu became a famous YouTuber to resist his father, who doesn’t allow his son to pursue his dreams.

Looking back on the band’s three-year voyage, the group said they want to make memories to treasure through their repackaged album. “We made our return after three months because we wanted to take our theatrical performances and broad musical tastes to another level.”

The repackaged second LP that spells out dark yet hopeful vibes by leaning toward rock and rough guitar sounds was released at 6 p.m. on Tuesday.