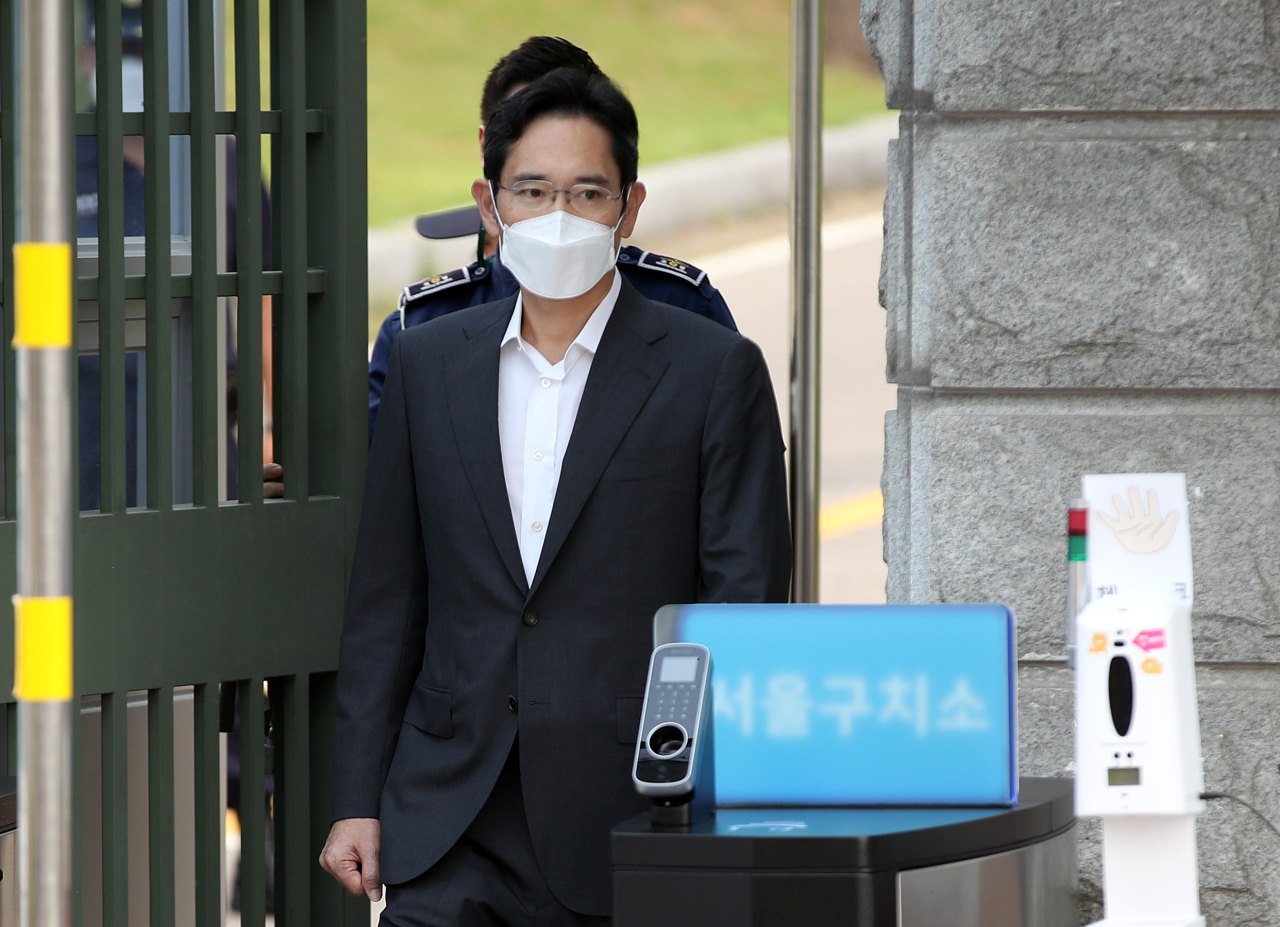 1. Samsung’s Lee to walk free from jail on Friday

[1] The Ministry of Justice on Monday decided to parole Samsung Electronics Vice Chairman Lee Jae-yong, who is in prison for bribery. He will walk free from the Seoul Detention Center in a southern suburb of Seoul at 10 a.m. on Friday, about 11 months before the end of his sentence.

[2] The de facto chief of Samsung Group is among over 800 prisoners to be released the same day as part of South Korea’s long tradition of clemency for Liberation Day, which falls on Aug. 15.

[3] “The committee decided to grant parole to Samsung Vice Chairman Lee Jae-yong, considering the current conditions in the global business environment,” Justice Minister Park Beom-kye said in a press conference, which was streamed live online. “The committee also said to have considered various factors including public sentiment and his conduct in prison,” he said, adding he has also given his endorsement on Lee’s release.

[4] The ministry didn’t mention whether Lee would be given a special exemption that would enable him to formally return to the management of Samsung Electronics. Under current laws, anyone convicted of crimes such as embezzlement are not allowed to work there for five years following the completion of the sentence.

[1] An appellate court on Wednesday upheld a four-year prison term for Chung Kyung-sim, the wife of former Justice Minister Cho Kuk, for forging documents to help her daughter gain admission to medical school and for other actions concerning a private equity fund.

[4] The court ruled she was guilty of all the charges, having worked with her husband to falsify awards and other official documents by using the seal of a university president in 2012 to support her daughter’s medical school application from 2013 to 2014.