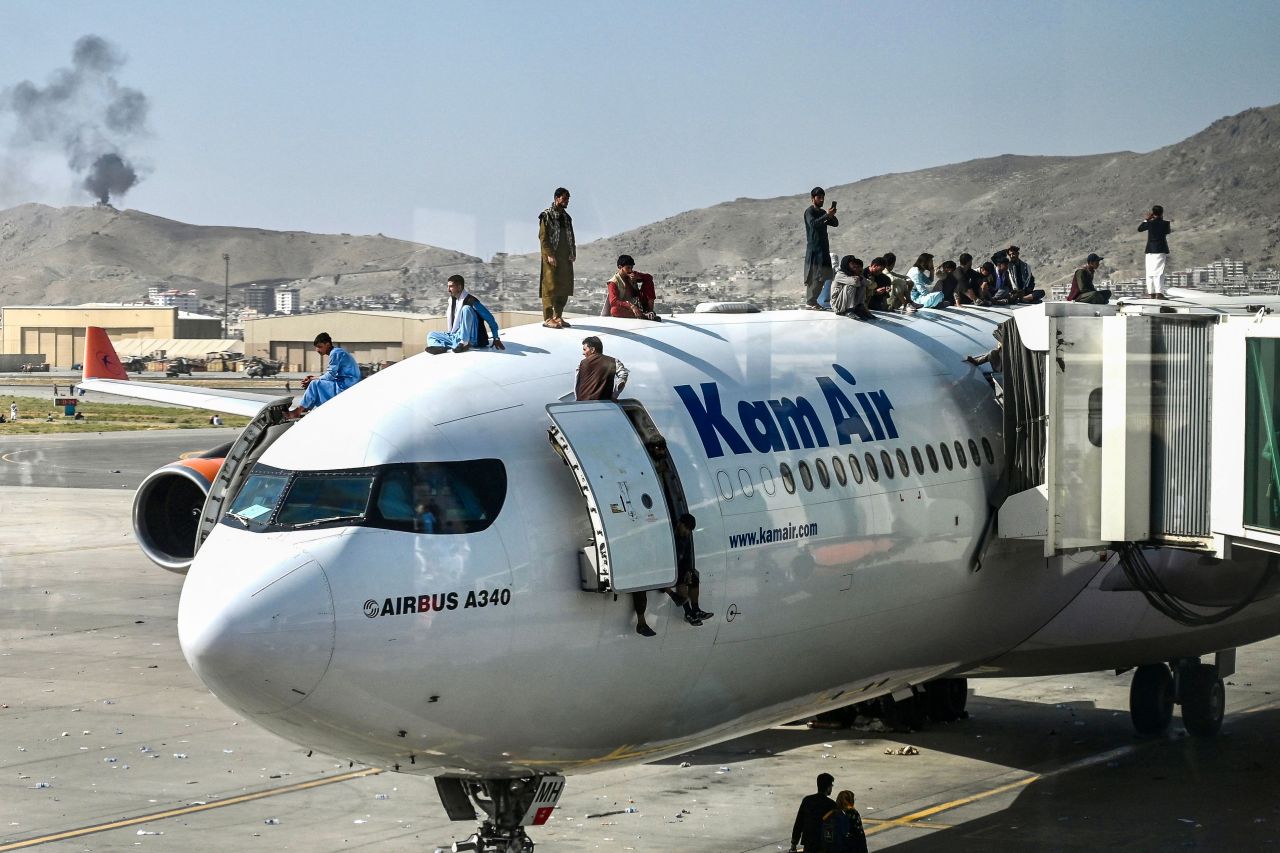 Afghan people climb atop a plane as they wait at the airport in Kabul on Monday, after a stunningly swift end to Afghanistan's 20-year war. (AFP-Yonhap)
The last remaining South Koreans, including the country’s ambassador, were evacuated from Afghanistan on Tuesday, following the Taliban’s abrupt takeover of the country.

South Korea’s Foreign Ministry on Tuesday said four Korean nationals -- three diplomats and one civilian -- left the Kabul airport at around 9 a.m. Seoul time, and safely arrived in a third country in the Middle East.

In the evacuation process, embassy staff were able to ride on a US military helicopter to the airport, under a memorandum of understanding signed earlier this year between the two countries to use US assets in the event of an emergency.

Most Korean nationals had left Afghanistan in June when the government urged the citizens to leave amid escalating tensions as US and its NATO allies proceeded with troop pullouts.

Seoul’s decision to close the embassy and evacuate diplomats and civilians was made Sunday amid surging chaos, as Taliban forces entered the capital city Kabul and effectively took control of Afghanistan faster than expected.

Many countries have also temporarily closed diplomatic missions and have been scrambling to pull out their diplomats and civilians as Afghans and foreigners alike rush to exit the country.

Questions now rise over whether Seoul will establish diplomatic relations with the new government in Afghanistan led by the Taliban.

Choi said it will review the matter considering various factors into account, including the situation in Afghanistan and the trend of the international community.

“Our government adheres to the principle that we always cooperate with a country that respects human rights and abides by the universal international norms,” said Choi. “We are closely watching the situation in Afghanistan and the trends of key countries. And should safety be secured and if necessary, we could resume embassy operations.”