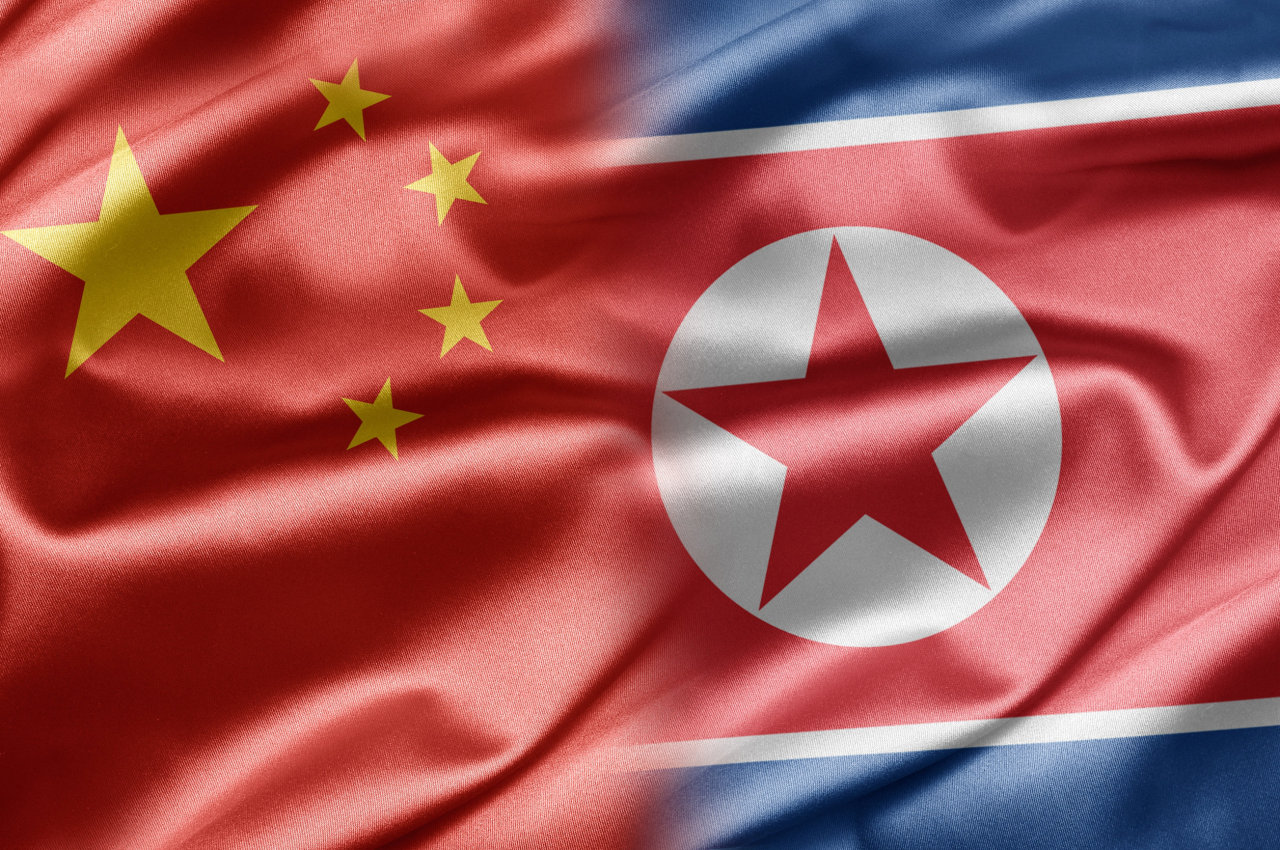 Flags of China and North Korea (123rf)
North Korea views its ties with China as “fundamentally distrustful,” despite its economic dependence on its largest trading partner, a US think tank said Tuesday.

“North Korea is relatively dependent on China, as it accounts for 80 percent of North Korea’s external trade. However, North Korea views its relationship with China as something that is fundamentally distrustful,” it said.

The mistrust between Pyongyang and Beijing can be attributed mainly to the North’s ideology of “juche,” or self-reliance, and more specifically dates back to historic events such as the Minsaengdan Incident in the 1930s, a massacre of ethnic Koreans by the Chinese Communist Party, according to the report.

“On one hand, there is a chance that North Korea may be willing to denuclearize if it feels comfortable with China expanding its nuclear umbrella over North Korea. However, any agreement in this realm would clash with the ideology of juche, therefore making it unlikely,” it said.

The report also said Beijing, unlike Washington, doesn’t want to see regime change in the North as it could result in various problems for China, including a refugee and humanitarian crisis at the Chinese border.

But more importantly, Beijing is concerned that regime change could result in stronger American influence over the Korean Peninsula.

“China appreciates having North Korea as a buffer between itself and the US-aligned South Korea,” it said. “Ultimately, it is likely that China would prefer the de-Americanization of the peninsula rather than its denuclearization.”

In this sense, the report said, China is not going to solve the North Korean problem, as it sees the reclusive regime primarily through the lens of competition with the US, so real, practical cooperation on denuclearization between the US and China is limited.

The paper recommended that US policy focus on gradualism -- that is, on “opening up the North Korean economy to globalization while keeping the one-party system.”