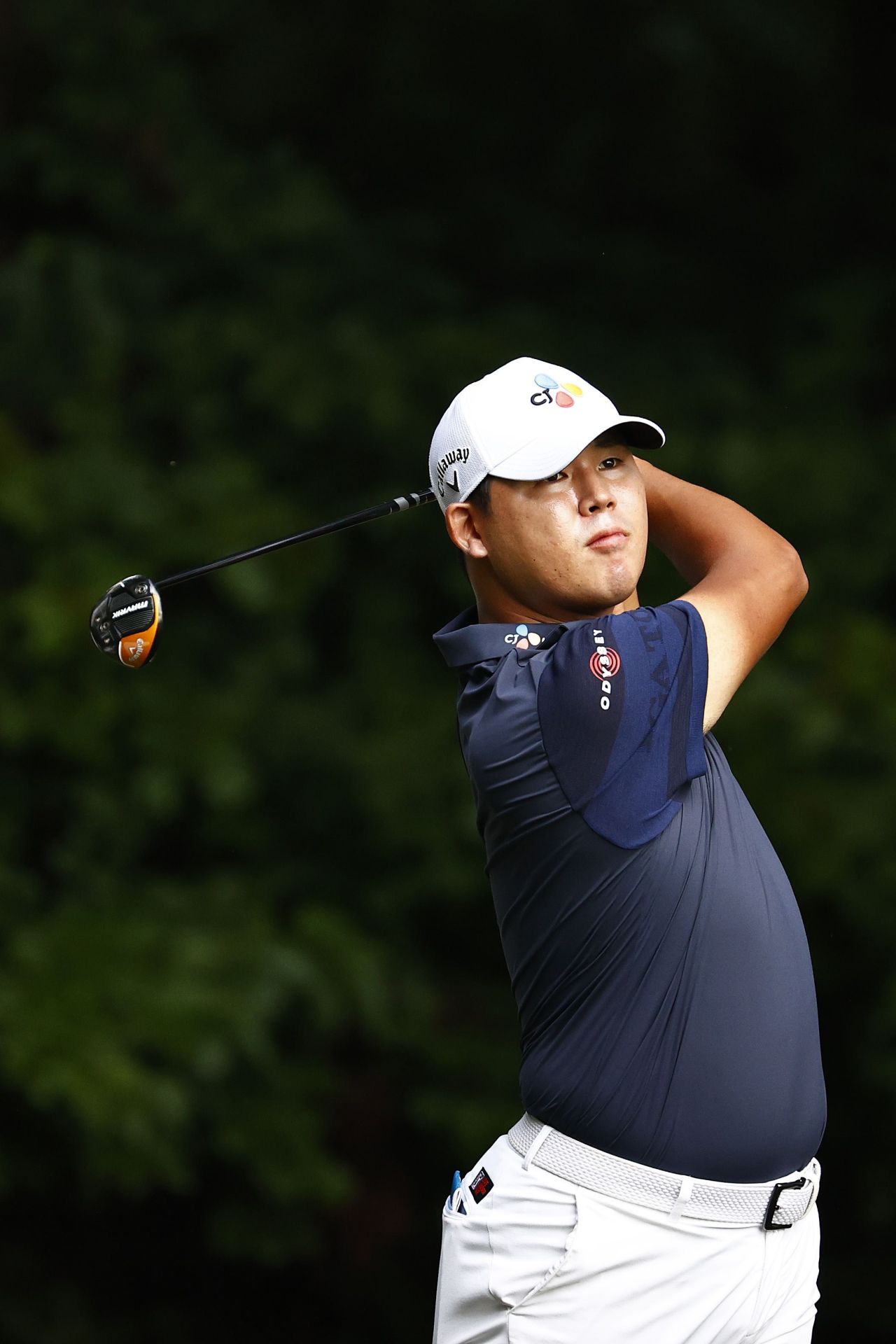 Kim Si-woo plays his shot from the second tee during the final round of the Wyndham Championship at Sedgefield Country Club on Sunday in Greensboro, North Carolina. (AFP-Yonhap)
Three South Korean players will be in action for the annual PGA Tour playoffs starting this week, competing with more than 100 others in a quest for a jackpot in September.

Kim Si-woo, Im Sung-jae and Lee Kyoung-hoon have finished 30th, 31st and 34th on the FedEx Cup points rankings, and have qualified for the first leg of the playoffs, the Northern Trust, which will tee off at Liberty National Golf Club in Jersey City, New Jersey, on Thursday.

The top 125 from the FedEx Cup standings will be in the field this week. But after the Northern Trust, only the top 70 players in FedEx Cup points will move on to the next playoff event, the BMW Championship, in Owings Mills, Maryland, next week.

Finally, the top 30 players in the rankings after the BMW Championship will compete at the Tour Championship from Sept. 2-5 in Atlanta.

The player with the most FedEx Cup points heading into the Tour Championship will start the tournament at 10-under par. The winner will bag a cool US$15 million in bonus money.

But first things first. Kim, Im and Lee have to survive the Northern Trust.

Im hasn't quite been the consistent presence that he had been the past couple of years. The 23-year-old has missed six cuts in 32 tournaments while recording four top-10 finishes, but just one in his last 15 appearances.