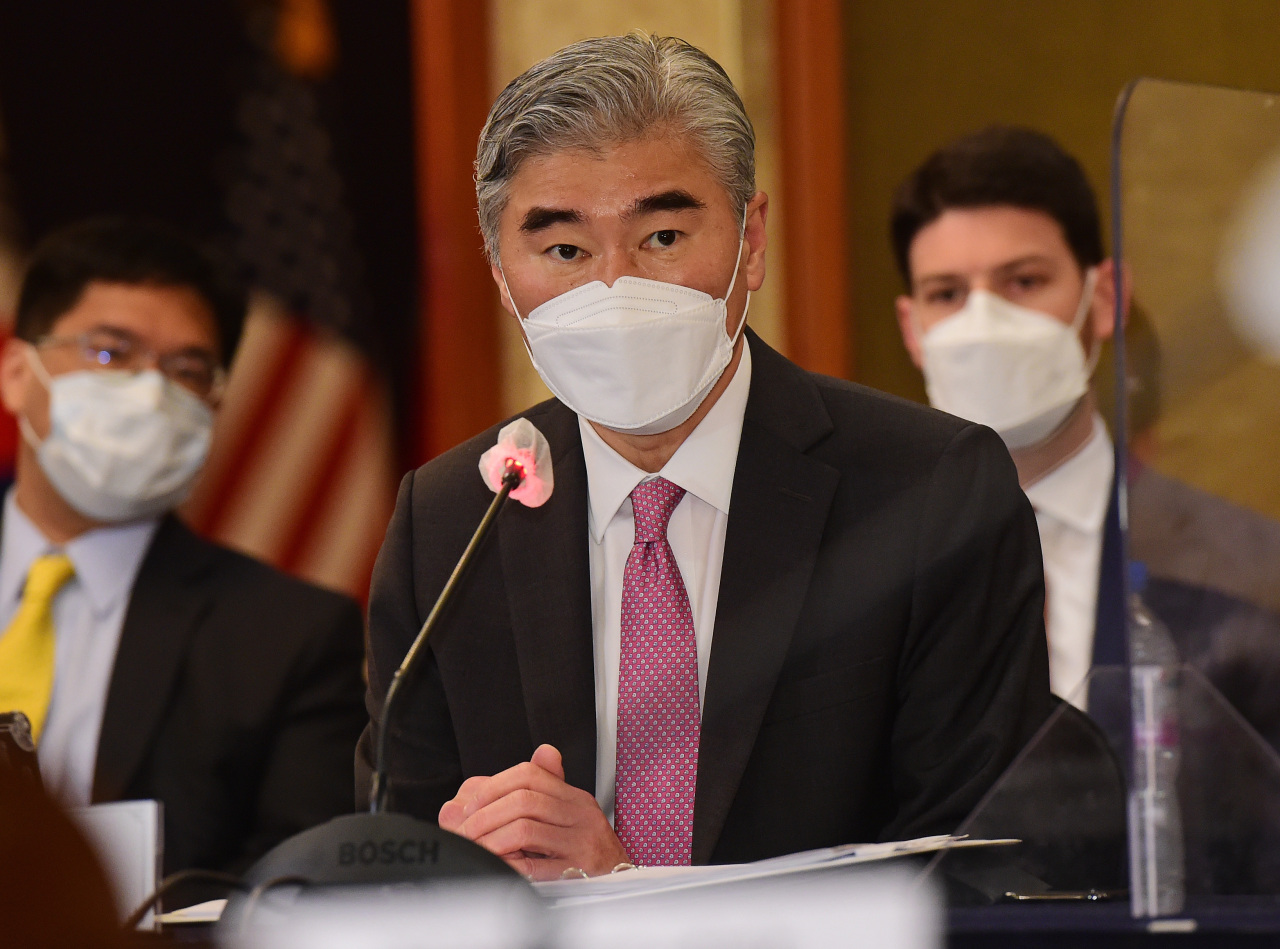 Sung Kim, US special envoy for North Korea (Yonhap)
Sung Kim, the US special representative for North Korea, is expected to visit Seoul later this week, fanning speculations of a possible trilateral session among Seoul, Washington and Moscow.

Kim is expected to arrive here on Saturday for a four-day stay, about two months after his first visit in June, local media outlets reported on Monday.

The official announcement is expected soon, after Washington and Seoul finalize details of Kim’s visit.

The US and Russian envoys’ trip comes as South Korea and the US began their joint military exercises Monday despite Pyongyang’s warning that the drills will cast a pall over inter-Korean ties.

When the allies began a preliminary exercise last Tuesday, Kim Yo-jong, North Korean leader Kim Jong-un’s powerful younger sister, slammed the drills as an “unwelcoming act of self-destruction for which a dear price should be paid.”

On the same day, Pyongyang also refused to answer routine calls on inter-Korean hotlines and has been unresponsive since. The hotlines were restored on July 27 after a yearlong severance amid strained ties.

The sudden resumption in inter-Korean channels -- an outcome of the series of letters exchanged between South Korean President Moon Jae-in and Kim Jong-un -- has raised hope for a thaw in soured inter-Korean ties as well as a precursor toward improved US-North Korea relations.

But with Kim Yo-jong’s message, followed by a similar statement by Kim Yong-chol, head of the North’s United Front Department handling inter-Korean affairs, saying the drills will give the allies “a serious security crisis,” concerns are rising that the North could further up the ante.

All eyes are on what message the US envoy will send to the recalcitrant regime and what the allies will discuss in order to induce Pyongyang back to the negotiating table.

Kim said during his last visit in June that the US is willing to meet North Korea “anywhere, anytime without preconditions,” but Pyongyang has rebuffed Washington’s diplomatic overtures.