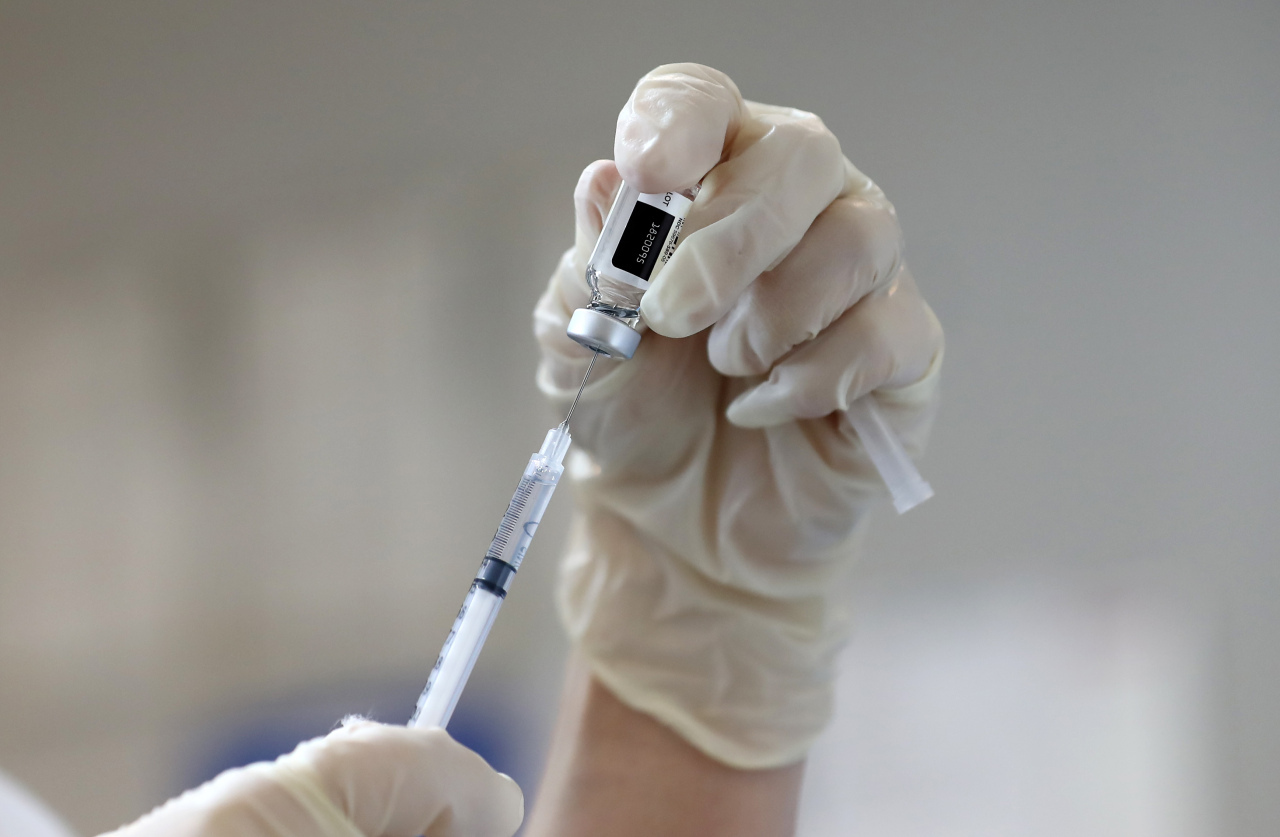 A medical worker prepares Johnson & Johnson's COVID-19 Janssen vaccine at a hospital in Daejeon in June. (Yonhap)
The 400,000 doses of Johnson & Johnson's Janssen COVID-19 vaccine the United States has agreed to provide are due to arrive in South Korea on Sunday, the US Embassy in Seoul said Saturday.

The doses will depart from Tennessee on Saturday (US time) and land in Incheon International Airport the following day, the embassy said in a press release.

The vaccines are "for use in the general population as part of the international partnership for fighting the pandemic," the embassy said.

"The ROK's ability to effectively utilize those vaccines was taken into consideration for this donation," it said. The ROK stands for the Republic of Korea, South Korea's official name.

The planned delivery marks the second provision by the US, following the June 5 shipment of 1.01 million Janssen doses, twice the amount originally promised during the summit between Presidents Moon Jae-in and Joe Biden in May.

Health authorities here said that the new doses will be administered to sailors and civilians staying in groups at certain institutions, such as correctional facilities and nursing homes.

The previous Janssen shots were given mostly to soldiers.

South Korea has suffered setbacks in its nationwide COVID-19 inoculation program due to shipment delays. The full vaccination rate stands at 18.6 percent as of Saturday. (Yonhap)