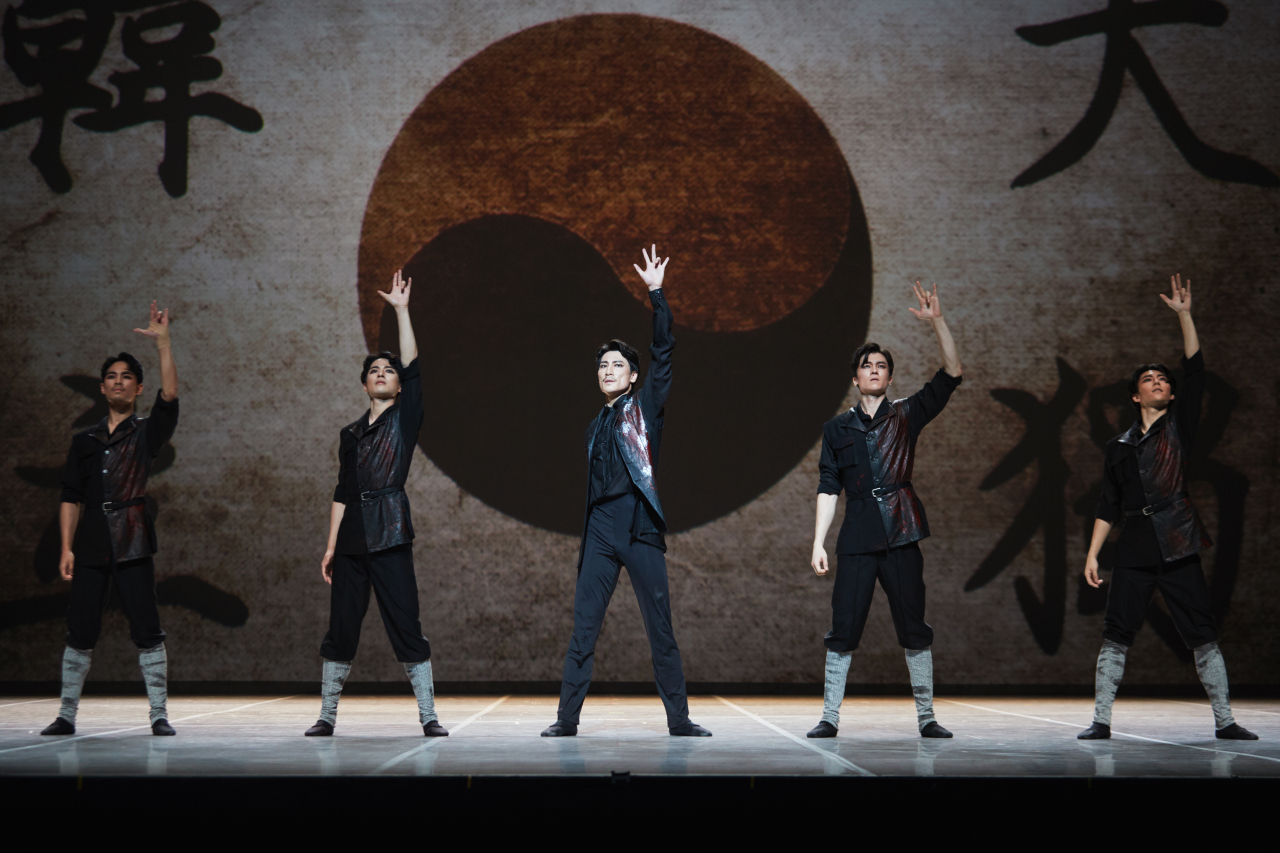 The ballet, which premiered in 2015, tells the story of Korean independence fighter Ahn Jung-geun (1879-1910). This year marks the 111st anniversary of his death.

“This work is based on a theatrical imagination of how Ahn was when he was imprisoned after assassinating Ito Hirobumi,” choreographer Moon Byung-nam said at a press event held Wednesday at the Seoul Arts Center in southern Seoul. Moon is the artisic director of M Ballet Company.

Moon created the work in 2015 and it was funded by the Art Council Korea. He reproduced the work with the Seoul Arts Center for the upcoming performance.

“I wanted to express the inner world of Ahn, how he felt after the death sentence and the hopes he had,” Moon said.

Yun Jeon-il, a former member of the Korea National Ballet and Romanian National Opera Ballet, and Lee Dong-tak, a principal dancer at Universal Ballet, perform the role of Ahn.

Kim Ji-young, who was the principal dancer of the prestigious Korean National Ballet Company and Park Ye-eun, a principal dancer at the ballet company, take up the role of Kim A-ryeo, Ahn’s wife.

“Male hero narratives have been the mainstream of ballet. But this ballet work is distinctive as it highlights the female characters, such as Kim, Ahn’s wife, and his mother Jo,” Kim said.