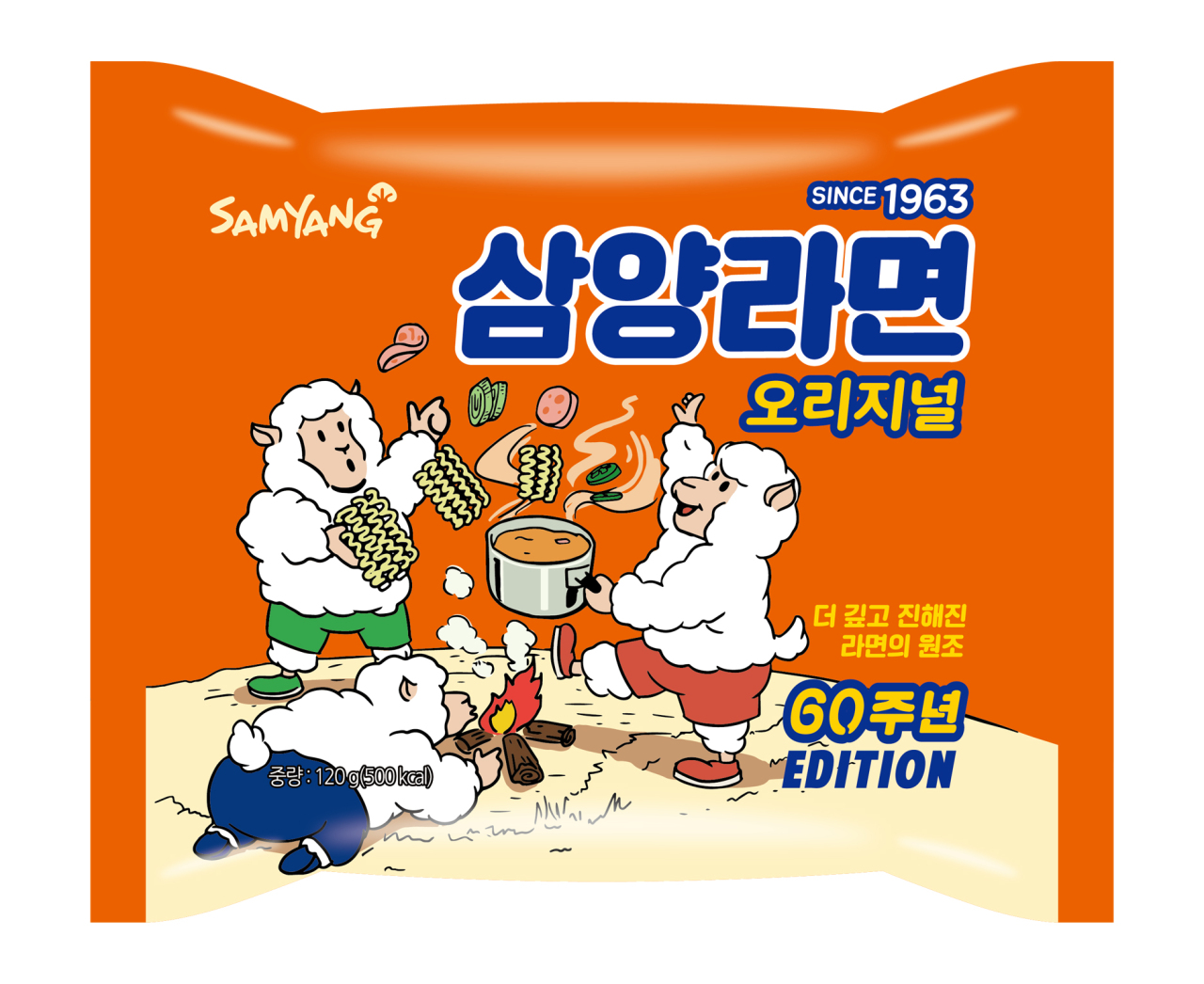 According to the company Wednesday, various recipe changes were made to Samyang’s signature ramen to enhance flavor and texture. It increased vegetable contents by 30 percent in the seasoning powder, added beef flakes to enhance the product’s signature flavor, as well as renewed the dried noodles for a chewier texture.

The spicier version of Samyang Ramen will follow suit in September, said the company.

In line with the taste upgrade, Samyang Foods redesigned the ramen’s packaging. Eco-friendly materials have been used for the renewed version, it added.

In a limited time offer, the company will put Samyang Ramen in special edition packaging designed by Studio Kinjo, a graphic designer based in Seoul. The limited-edition version started sales this week and is expected to remain on shelves for the next month.

“Just as we renewed the flavors of Samyang Ramen for our 60th anniversary, the company will make efforts to provide the best taste and quality products for our customers,” said an official from Samyang Foods. “We will strengthen marketing efforts to promote the newly branded Samyang Ramen.”

Famous for its spicy Buldak Ramen, Samyang Foods is the third-largest player in the local packaged ramen market, accounting for 10.6 percent of domestic market share.

The company is seeing an increase in overseas popularity for its products, posting a 35.8 percent on-year jump in sales last year.