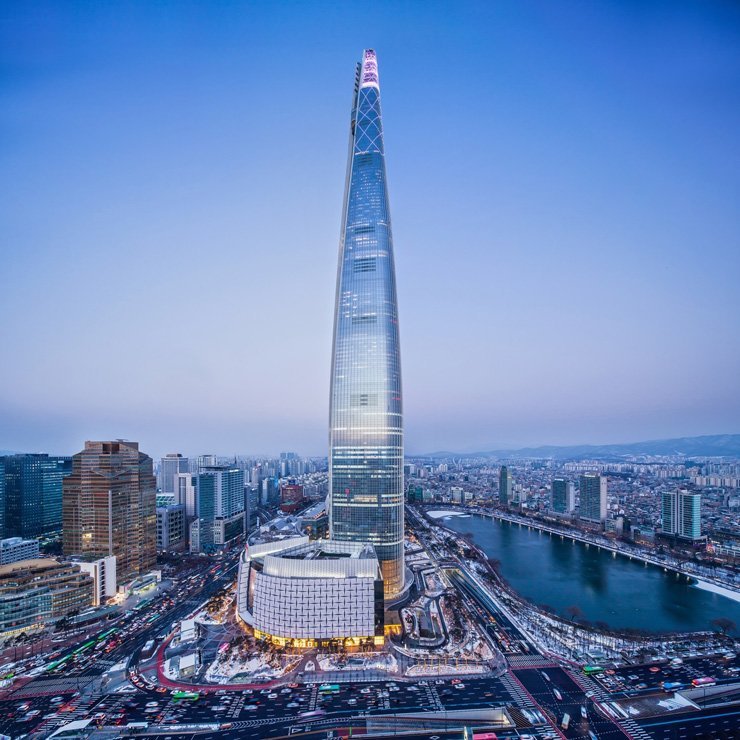 Lotte World Tower (Lotte Property and Development)
Office space in South Korea’s tallest building, the Lotte World Tower, has been fully leased for the first time since it opened four years ago.

In total, 17 companies have nested in the “Prime Office” space from the 14th to the 34th floor of the 123-story skyscraper. In its “Work Flex” shared office space on the 30th floor, 90 companies have moved in, it said.

“We were able to achieve 100 percent occupancy rate based on the interest of the tenant companies and excellent location of the tower,” said Kim Sang-cheon, an official from Lotte Property and Development. “We will continue to support the growth of many startups, and tenant companies hoping to expand overseas.”

Standing at 555 meters, the Lotte World Tower is the tallest building in South Korea and the fifth tallest in the world.

Opened in 2017, the building at first struggled to fill its office spaces with the vacancy rate running as high as 60 percent in 2018.

The building is 100 percent owned by Lotte Property and Development after it bought 1.4 trillion-won ($1.2 billion) worth of shares from Lotte Shopping and Lotte Hotel last April.

The 123,678-square-meter tower is home to various commercial and retail facilities, including a shopping mall, a duty-free shop, residences, a six-star hotel and an observation deck.