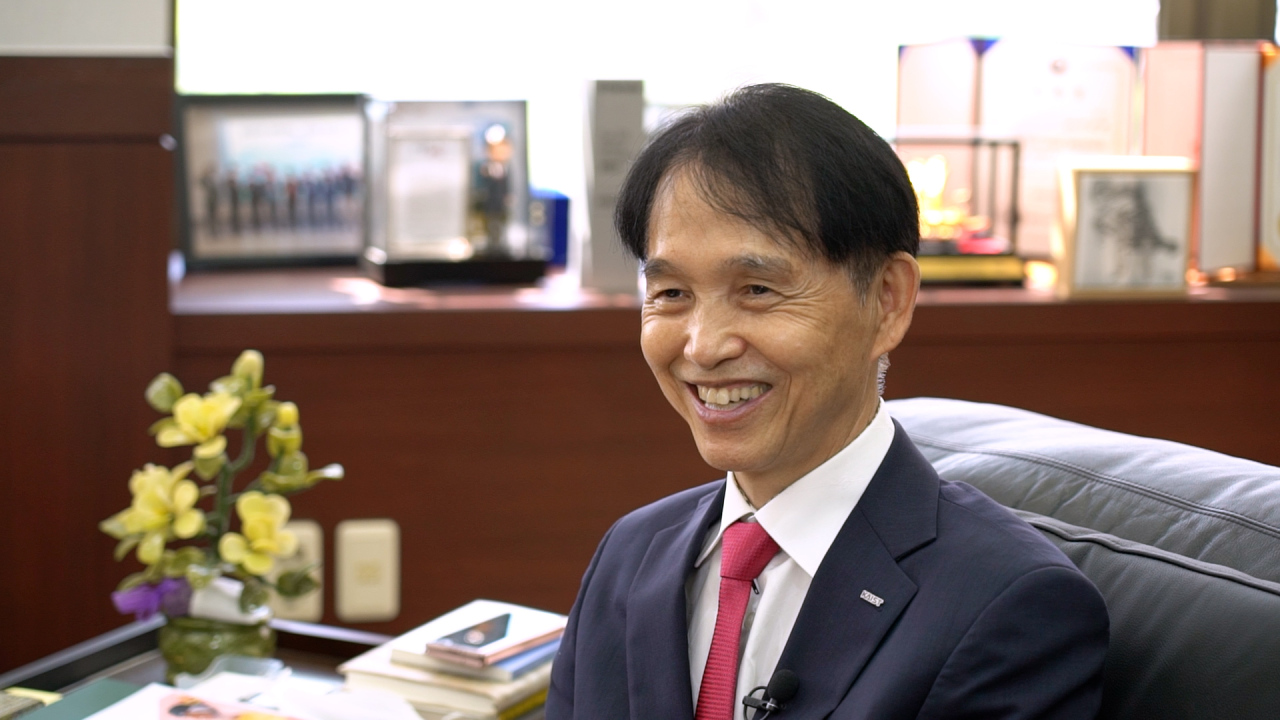 KAIST is one of Korea’s leading universities, but its standing on the global stage remains far behind its local reputation.

According to the QS Global World Rankings 2022, KAIST came in 41st spot as one of the two Korean schools along with Seoul National University to crack the top 50. KAIST’s standing among the global top tier institutions has risen since it was ranked 63rd in the world in 2012. But Lee thinks there is still a long way to go.

“KAIST has improved a lot over the past 50 years, but it is not regarded as one of the best schools in the world yet,” Lee said.

“The most important thing in the path to becoming a top tier university across the globe is to do something that others don’t. No schools can be leading institutions if they are only good at what others already do.”

That was why Lee founded a failure lab, where researchers analyze cases of seemingly unsuccessful studies. He has been suggesting each professor push for at least one project that would be the first of its kind. In order to do that, the atmosphere had to change to make people feel okay to fail.

On the surface, the failure lab looks as if it only assesses what was not successful. But if any lesson can be found from failed cases, that would be considered a success, so the lab is looking for success in failure, he said.

KAIST’s failure lab has just got started, as its first leader was appointed in July. Lee plans to share the studies of the failure lab with everyone at the school once there is enough data.

While its global ranking is relatively low, KAIST has fulfilled its founding purpose, and has left a mark on Korean society, having produced approximately 70,000 graduates, including some well-known alumni such as Nexon founder Kim Jung-ju and Naver founder Lee Hae-jin.

“The reason we established KAIST then was to prevent talented people from going abroad,” KAIST President Lee Kwang-hyung told The Korea Herald in an interview on Aug. 4.

“We were losing them to other countries. How could we make them stay? Let’s build a fine school in Korea and give students benefits so they can stay to join Korean industries. As a result, for example, 20 to 25 percent of upper level researchers at Samsung Electronics’ semiconductor department are KAIST graduates.”

KAIST has left numerous marks on the country’s science and technology history. In 1982, the school set up the first Internet system in the Asia-Pacific region, and KAIST successfully launched the country’s first artificial satellite, Wooribyeol 1, in 1992. 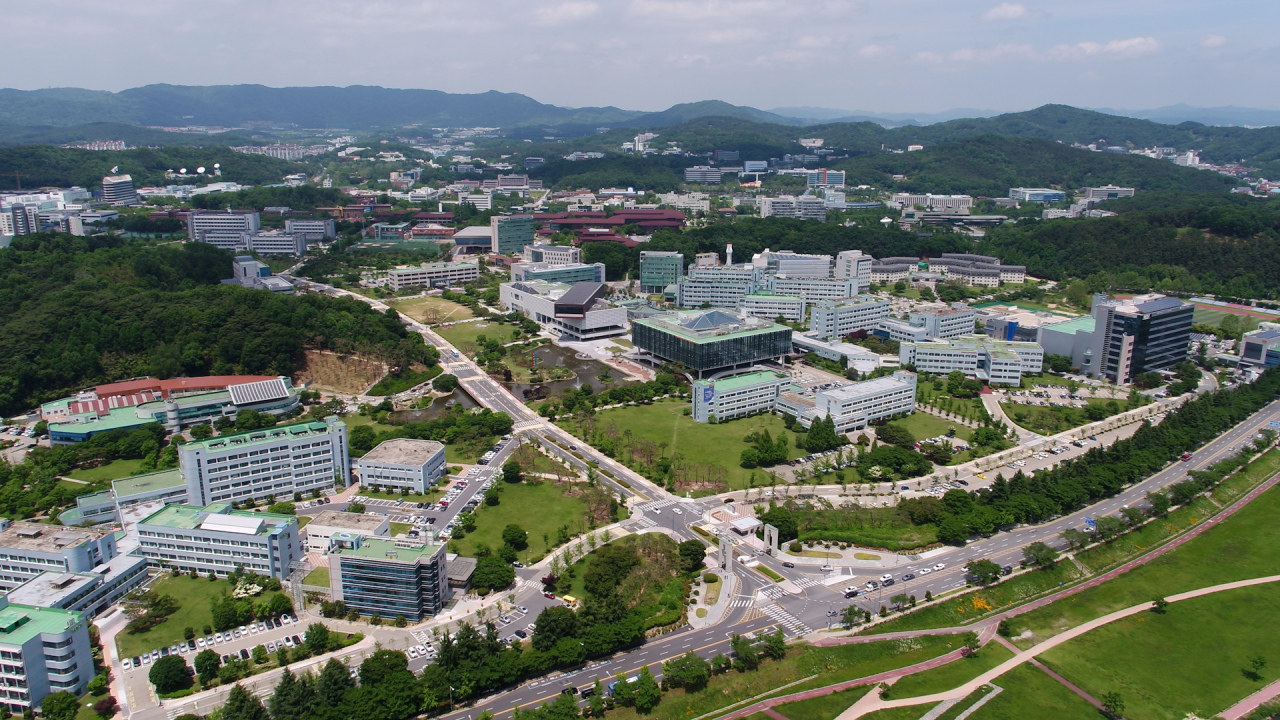 Korea Advanced Institute of Science and Technology’s main campus in Daejeon (KAIST)
“In the past, we have been satisfied with excelling at something that others did not do within the country. Now, we must broaden our comparisons to the world,” he said.

“That depends on each professor and student’s mind. So how can I persuade them to think that way? I should treat them well. That is why I have the organizational chart upside down.”

In order to help students learn about the world outside of their majors, Lee asked professors to each share a book with their students at the beginning of the fall semester. Asked whether professors would actually do so, he smiled and said that is why he has to persuade each one.

“I emphasize art, culture and the humanities. They let us escape from our daily life. If you are overly focused on research, sometimes you do not realize whether you are on the right track. But if you do something else and come back, you might find out what was wrong and change course,” he said.

“One of the ways to find new things is to place our perspective on the future. We have to do something that can be in the limelight in 10 years from now. So we must figure out what people will want in the future by looking at human nature and desires. The humanities, history and philosophy are all about them.”

He added that the world changes due to human desires while technology meet the needs of people, saying that future expectations can only be met with the knowledge of both humans and technology.

Since joining KAIST as a faculty member in 1985, Lee has been called a weird professor. This came from his unusual behavior, such as turning the television in his office upside down, wearing unmatched shoelaces, asking students to hack his computer or create an unsolvable problem for an exam score. Asked about his nickname, Lee emphasized the significance of supporting “weirdos.”

“When you look at schools, they make good students. They tell students what to do and give awards accordingly. But what that means is that it is taking out weirdos. Our education lines up students and makes them go in one way,” he said.

“That does not change society. I understand that it is hard to teach weirdos because they are different and sometimes they don’t listen to teachers. But we must believe that people like that can pave the way for the future and we should support them.”

In February, Lee came up with a “‘QAIST” strategy -- Question, Advanced research, Internationalization, Start-up and Trust -- for the next four years of his tenure at KAIST. During the interview, he stressed the importance of embodying globalization. The portion of foreign nationals among the students and faculty members stands at less than 8 percent. Lee hopes to increase the number to 20 percent.

“There are many criteria in university evaluations. KAIST has the lowest grade in internationalization,” he said.

“Academics improve when there are active exchanges of information and motivation. In order to do so, KAIST needs a lot of foreign members while our members should go abroad. So we are trying to bring in many foreign students and professors.”