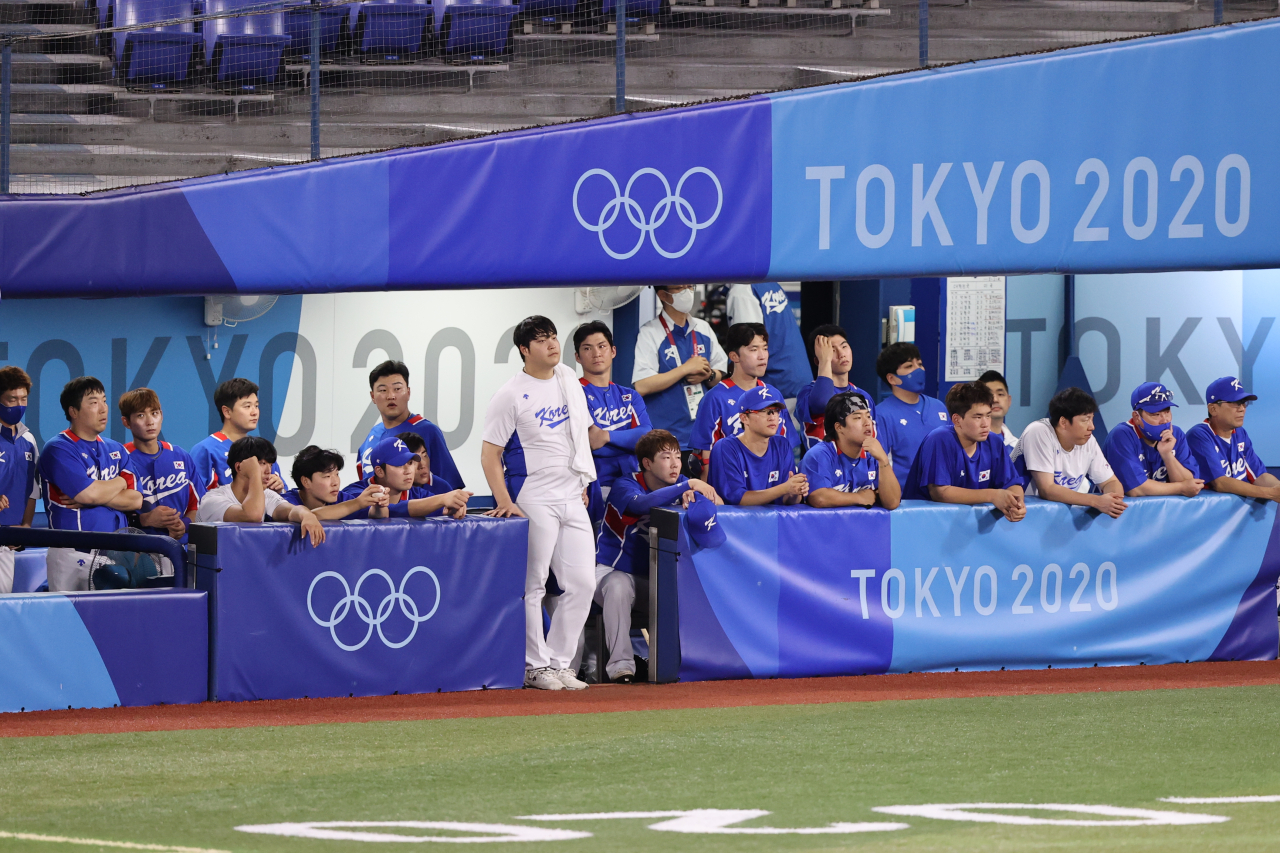 South Korean players look on with their team down 7-2 against the United States in the bottom of the eighth inning of the teams' semifinal game of the Tokyo Olympic baseball tournament at Yokohama Stadium in Yokohama, Japan, on Thursday. (Yonhap)
TOKYO -- South Korea has failed to defend its baseball gold medal from 13 years ago, but it will still have a chance to salvage bronze at the Tokyo Olympics Saturday, the penultimate day of competition.

South Korea will play the Dominican Republic in the bronze medal game starting at noon Saturday at Yokohama Stadium in Yokohama, south of Tokyo.

The South Korean players made the whole medal quest tough on themselves. South Korea lost to Japan 5-2 in the semifinals Wednesday, when a win would have sent the team directly to the gold medal match.

Instead, South Korea fell to the loser's bracket in the double elimination tournament. That's where South Korea lost to the United States 7-2 Thursday night and was relegated to the bronze medal game.

South Korea won the most recent baseball gold medal in Beijing in 2008. The sport was not part of the two subsequent Olympics but returned for the competition in the baseball-crazed Japan.

Also Saturday, the medals will be awarded in the men's modern pentathlon. Athletes had their fencing ranking rounds Thursday and will have their fencing bonus round, swimming, riding show jumping and laser run -- which combines running and shooting -- Saturday. (Yonhap)