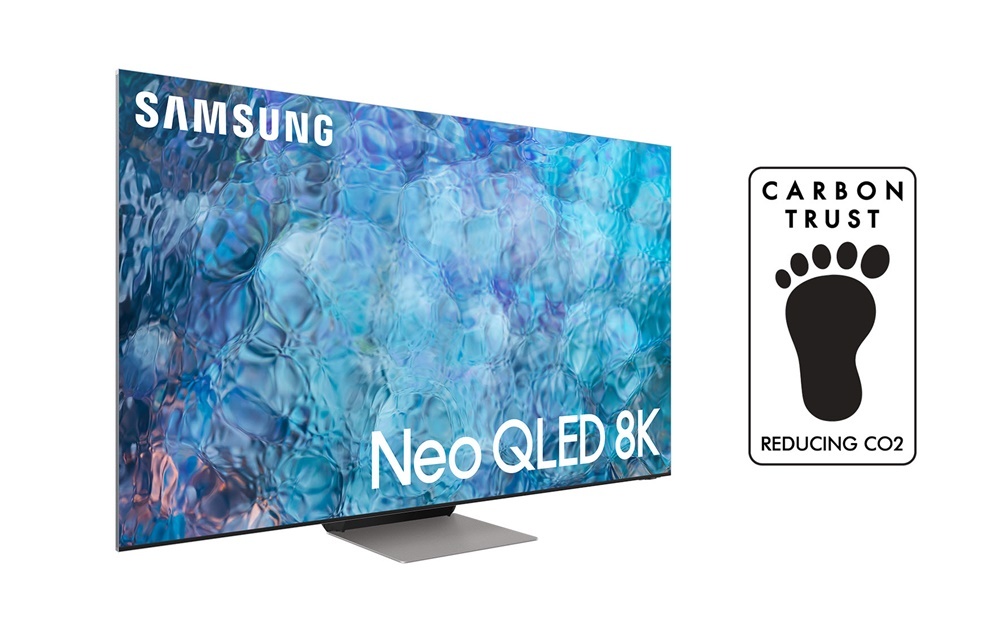 The models -- the 75-inch Neo QLED 8K and 65-inch Neo QLED 4K -- are the first TV products with resolutions higher than 4K to receive recognition from the British organization.

The Carbon Trust certificate is awarded to products that reduce carbon footprint over the product’s entire life cycle.

Samsung said it was recognized for reducing CO2 emissions when the products are incinerated, increasing power efficiency of the products and minimizing the number of materials used to produce them.

The company said it plans to expand its ecofriendly efforts to other models in the Neo QLED line up, as well as commercial displays and other lifestyle products.

Samsung is the biggest player in the TV industry, accounting for 32.9 percent of global market share in the first quarter of this year, according to market watcher Omdia.