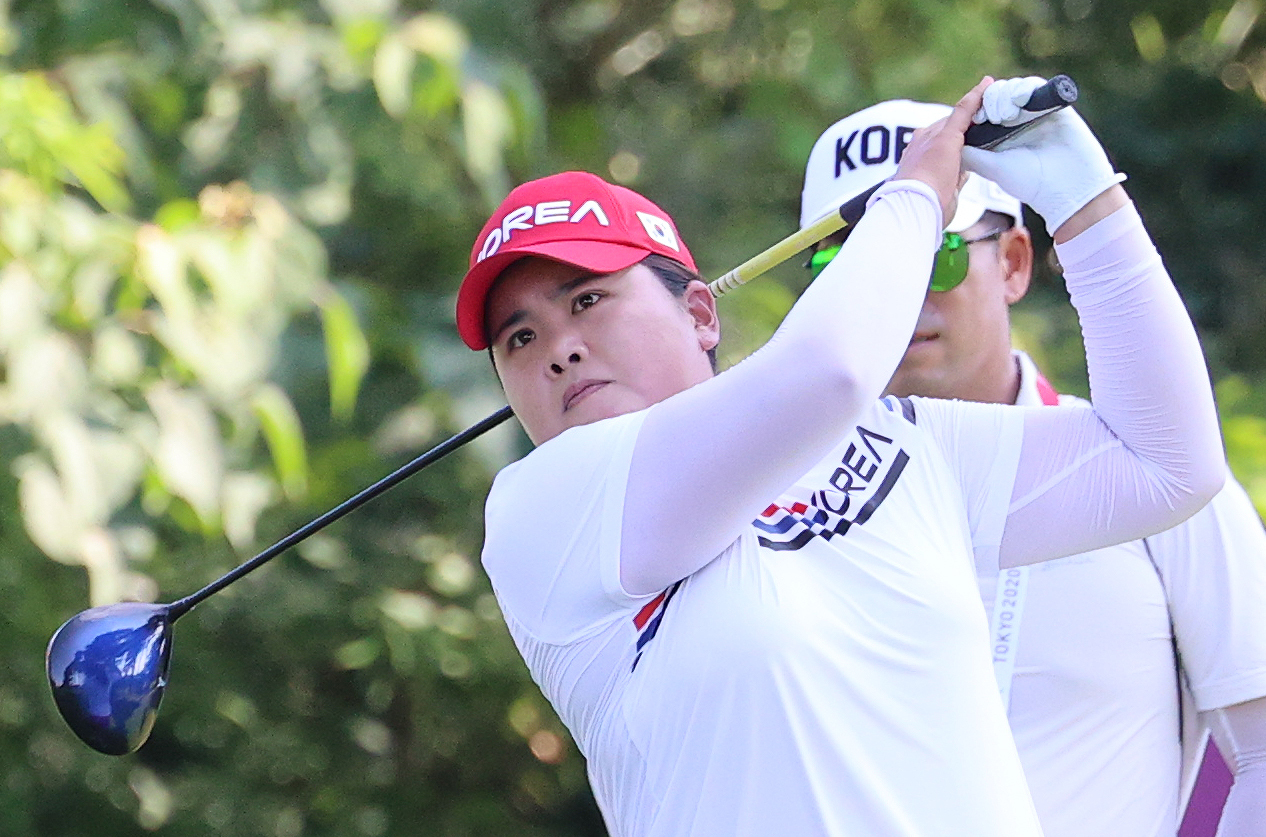 Park In-bee of South Korea plays in a practice round at Kasumigaseki Country Club in Saitama, Japan, on Sunday, ahead of the Tokyo Olympic women's golf tournament. (Yonhap)
TOKYO -- After finishing out of medal in the Tokyo Olympic men's golf tournament on Sunday, South Korean golfer Kim Si-woo spoke for many golf fans from the country when he said he hoped to see a podium sweep from the women's event.

South Korea will have four of the world's top-10 female golfers in the field of 60 at Kasumigaseki Country Club in Saitama, north of Tokyo, starting Wednesday,

The quartet includes Park In-bee, the 2016 gold medalist and an LPGA Hall of Famer. She comes in ranked No. 3, sandwiched between No. 2 Ko Jin-young and No. 4 Kim Sei-young, also a second-time Olympic participant. Ko and No. 6 Kim Hyo-joo will be making their Olympic debuts.

Also on Wednesday, South Korea will face Japan in the semifinals of the baseball tournament. A win will take South Korea a step closer to its second straight gold medal, 13 years apart.

In the double elimination competition, a loss doesn't mean the end of the Olympics for South Korea but will give South Korea a second crack at reaching the final in another semifinal game against the repechage winner. (Yonhap)