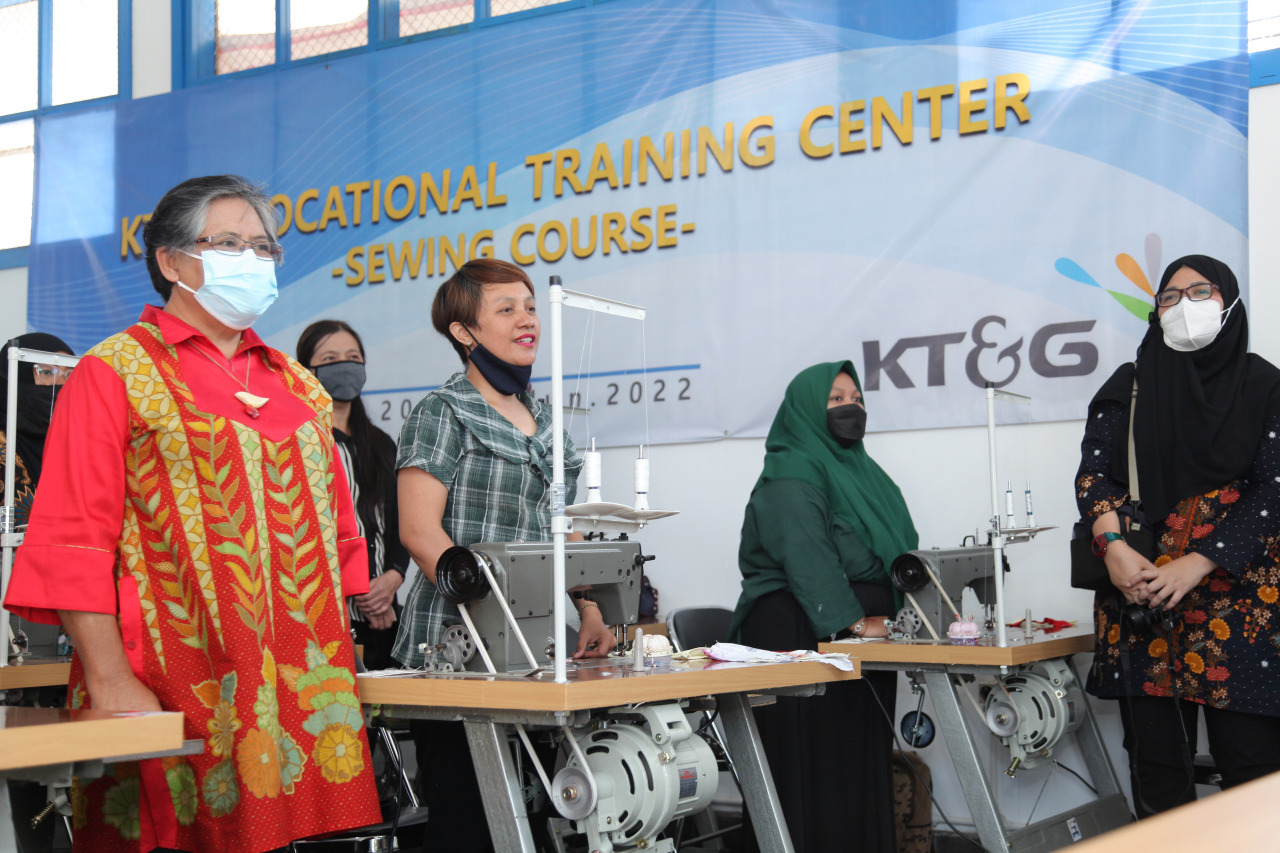 Students who were accepted to the first round of sewing courses provided by KT&G‘s vocation training center attend an opening ceremony in March. (KT&G)
South Korea’s top tobacco maker KT&G is expanding its social outreach to Indonesia, offering vocational training and programs on Korean culture and language in the Southeast Asian country.

The company said Monday that it’s accepting applications to join the second round of job training at KT&G’s vocational training center at the Universitas Kristen Cipta Wacana in Malang city.

Since opening its first session in March, the center offers a three-month professional sewing course for free to people from low-income backgrounds or students from social security centers. KT&G said its employees individually made donations to raise funds of 300 million won ($261,000) to operate the center.

The company plans to add more classes to the program in the future, as the ongoing pandemic strips jobs and widens the wealth gap in Indonesia.

KT&G has also been funding government organizations that provide barista training in Indonesia.

Apart from vocational training, the company has built the KT&G Sangsang University at two universities in Jakarta where lessons and various programs on Korean culture and language are offered to university students there. More than 37,000 students have taken culture classes there since its establishment in 2017, said the company.

“Indonesia is one of our key markets, and we have a lot of interest in the country. As an international tobacco maker, KT&G will continue to operate differentiated social contribution projects across the globe,” said an official from KT&G.