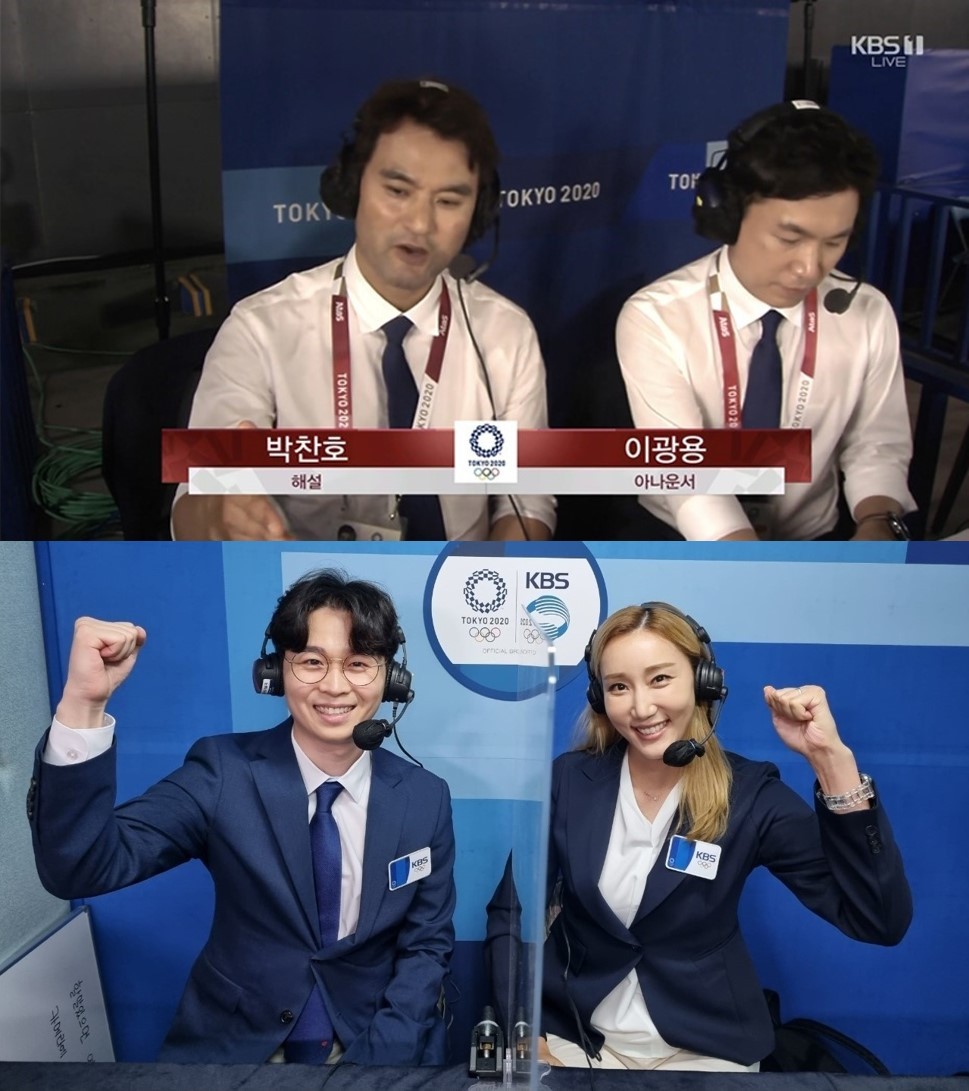 KBS1’s coverage of the Tokyo Games on Sunday recorded 17.2 percent viewership, according to Nielsen Korea.

It was the highest rated Tokyo Olympics broadcast, while SBS and MBC followed with 5.4 percent and 5 percent, respectively, Sunday.

With its two channels, KBS offers the most events for viewing.

“Many viewers seem satisfied with our broadcast and the lineup of commentators, who are themselves Korean sports legends,” KBS said in a press release Monday. KBS topped all the ratings for last weekend’s Olympics broadcast, including women’s volleyball on Saturday, women’s vault, men’s baseball and men’s high jump on Sunday, according to KBS.

Viewers criticized the broadcast for using inappropriate and offensive images and captions while broadcasting the parade of national teams and a men’s soccer game on July 25.

A week after MBC President Park Sung-jae publicly apologized for carelessness and misconduct, the company became mired in yet another controversy for posting misleading captions.

In an interview with South Korean volleyball player Kim Yeon-kyoung on Saturday, MBC’s YouTube channel rephrased the caption, making it look as if Kim were disparaging other Korean teams that had lost their games.

The company has since deleted the video and uploaded a corrected version, but its repeated “mistakes” have led to it having the lowest viewership rating of all three terrestrial broadcasters.