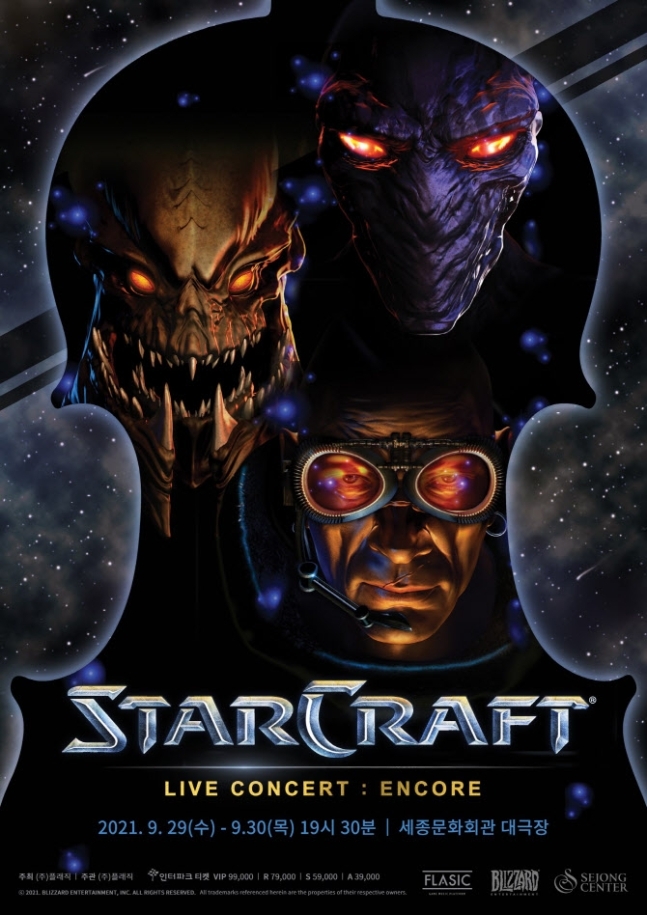 Poster for the “StarCraft Live Concert: Encore” performance (Flasic)
Music from the beloved PC strategy game StarCraft will be brought to life through an orchestral performance later this year.

According to the game music platform Flasic, “StarCraft Live Concert: Encore” will be held at the Sejong Center for the Performing Arts in Gwanghwamun, central Seoul, Sept. 29-30.

The concert will feature original soundtracks from the popular PC game launched by Blizzard Entertainment, including the iconic 12th Area (Terran Theme) and more. To provide a more immersive experience, scenes from the game will be projected on the screen during the performance.

The first StarCraft music concert was held in 2019. The recording of the concert hit 1 million views on YouTube. Like the 2019 concert, conductor Chin Sol will lead the Flasic Game Symphony Orchestra.

Chin completed her studies at the Korea National University of Arts and Mannheim University of Music and Performing Arts. She is an exclusive conductor of the Daegu MBC Symphony Orchestra.

Chin founded Flasic in 2017, hoping to expand the range of orchestral music performances through game music.

Recently, the Sejong Center, a major performing arts venue in Korea, has been expanding their range of music performances with concerts that feature works such as those from computer games, Disney films, the “Harry Potter” film series and more.