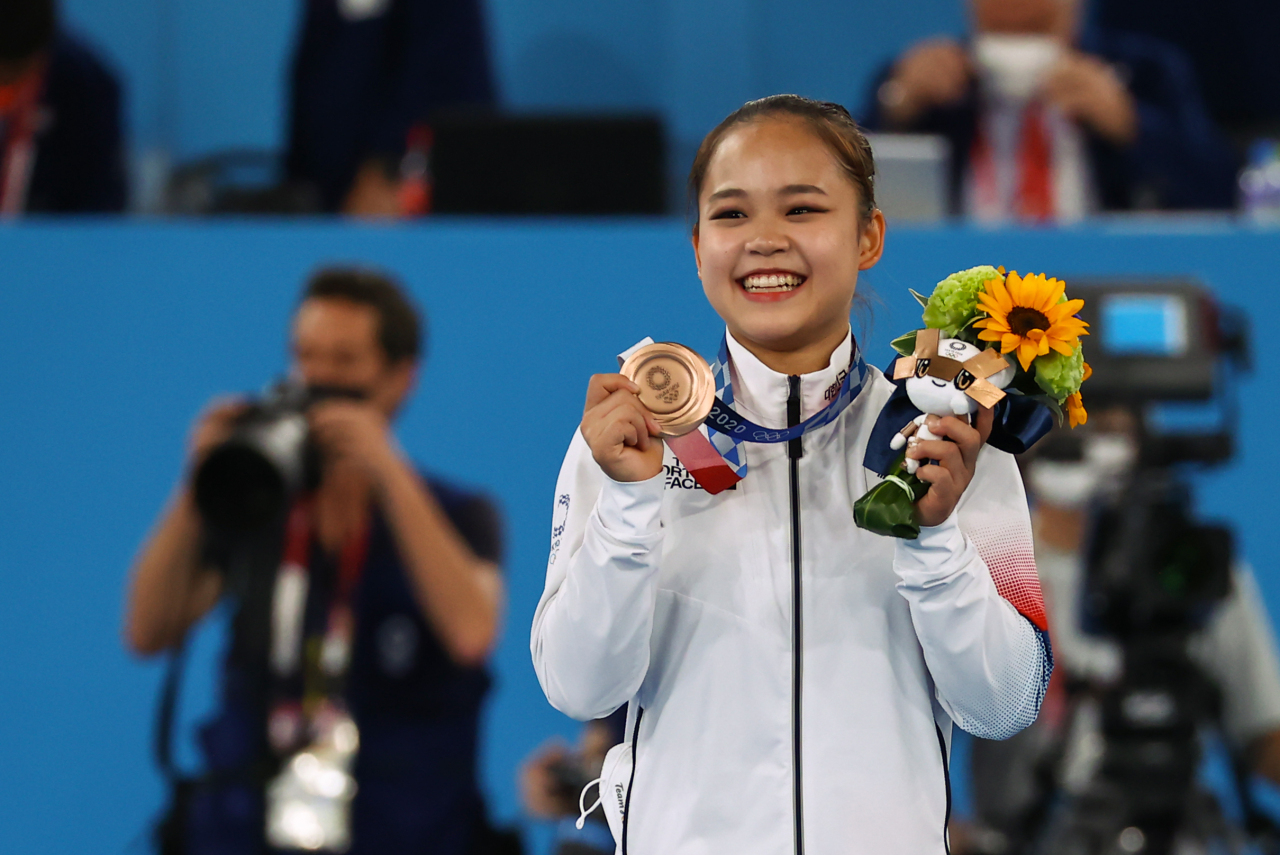 In a message for Yeo Seo-jeong, Moon noted that she won bronze in the women's vault via a "fantastic performance," based on her mental strength and outstanding skill, the previous day.

"It is the first Olympic medal in the history of South Korea's women's gymnastics," he pointed out in the note also posted on his social media accounts.

Moon also congratulated her on following in the footsteps of her father, Yeo Hong-chul, who captured silver in the men's vault in the 1996 Atlanta Olympics.

Later Monday, the president said that South Korea's Olympic athletes are "consoling and impressing" the people here who are weary of the fight against COVID-19 and the ongoing heat wave.

"I am very proud of the players who are trying their best, regardless of medals or results of games," he said at the outset of a meeting with senior Cheong Wa Dae aides.

Moon took note of the National Assembly's passage last month of a bill on the basic rights related to sports.

The government plans to proclaim the Basic Act on Sport during a Cabinet meeting on Tuesday.

It stipulates the basic right for all people to enjoy sports without being discriminated against due to nationality, gender, race, physical conditions and other reasons.

Moon expressed hope that the introduction of the law will provide a chance for South Korea's sports culture to further mature. (Yonhap)