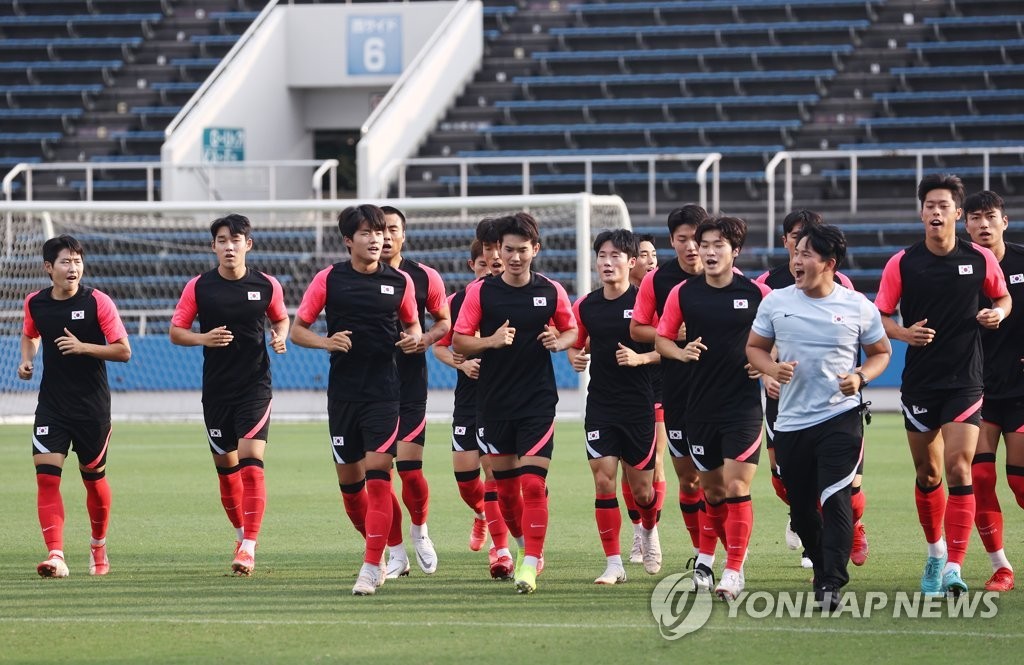 Members of the South Korean men's Olympic football team warm up before practice at Mitsuzawa Football Stadium in Yokohama, Japan, on July 30, 2021. (Yonhap)

South Korea have already played three matches in the group stage of the Tokyo Olympic men's football tournament. But the team's head coach Kim Hak-bum said Friday the competition won't begin until they play their first knockout match against Mexico on the weekend.

South Korea and Mexico will go toe to toe in the quarterfinals at International Stadium Yokohama in Yokohama, south of Tokyo, at 8 p.m. Saturday.

"For us, it's not a quarterfinals match. It's our first match,"

Kim said in an interview clip provided by the Korea Football Association.

"We regard the group matches we've played as practice matches. We'll try to come together as a team and win our first match tomorrow."

South Korea won Group B with two wins and a loss. After losing the opener against New Zealand by 1-0, South Korea hammered Romania
4-0 and then Honduras 6-0.

Mexico finished second in Group A with two wins and a loss, behind Japan and their nine points.