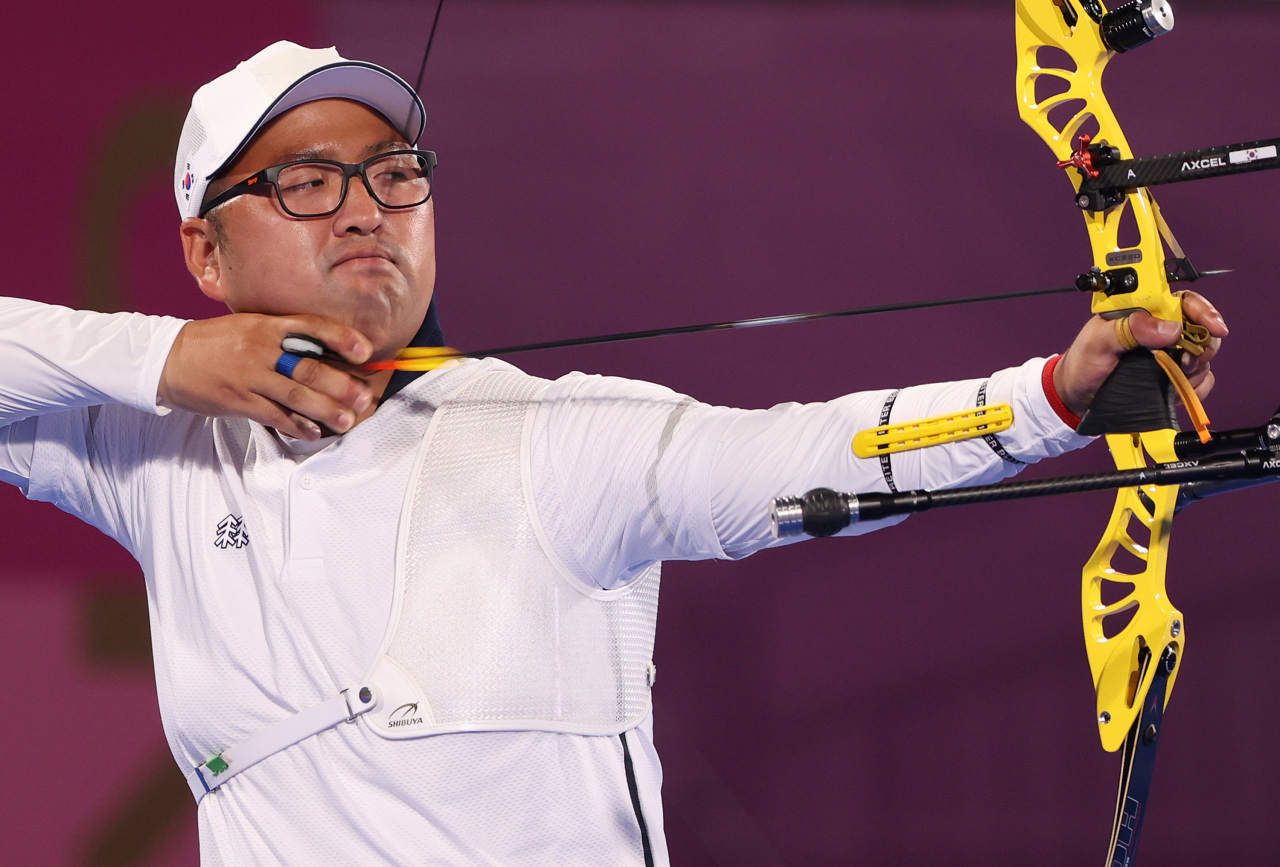 Kim Woo-jin won the team gold medal on Monday, alongside Kim Je-deok and Oh Jin-hyek. The latter two were gone after the round of 32 in the individual event, leaving Kim Woo-jin, who has reached the round of 16, to try to extend South Korea's winning streak in the event to three Olympics.

Oh won the individual gold in 2012 and Ku Bon-chan followed four years later. Kim Woo-jin, who also won the team title in 2016, is going for his first individual gold medal.

Kim's quest begins in the round of 16 against Khairul Anuar Mohamad of Malaysia at 9:56 a.m.

In badminton, two South Korean women's doubles pairs will play in the semifinals on the opposite sides of the bracket, meaning at least a bronze medal is guaranteed for the country.

Lee So-hee and Shin Seung-chan will face the Indonesian tandem of Greysia Polii and Aprlyani Rahayu in the semifinals. Kim So-yeong and Kong Hee-yong will play Chen Qingchen and Jia Yifan of China in their semifinals match.

Also on Saturday, South Korea will take on Mexico in the quarterfinals of the men's football tournament. The kickoff is 8 p.m. at International Stadium Yokohama in Yokohama, south of Tokyo.

South Korea opened their group play with a 1-0 loss to New Zealand, but that disappointment has long been washed away by a pair of resounding wins that followed. South Korea blanked Romania 4-0 and then trounced Honduras 6-0, with striker Hwang Ui-jo scoring a hat trick.

South Korea's best Olympic showing is the bronze medal from the 2012 event. The stated objective for this year's team is to top that performance.

Also in Yokohama on Saturday, the South Korean baseball team will play the United States for its second preliminary game at Yokohama Baseball Stadium. South Korea beat Israel 6-5 in its first game Thursday.

The women's sabre fencing team will try to match the gold medal won by the men's team on Wednesday. (Yonhap)