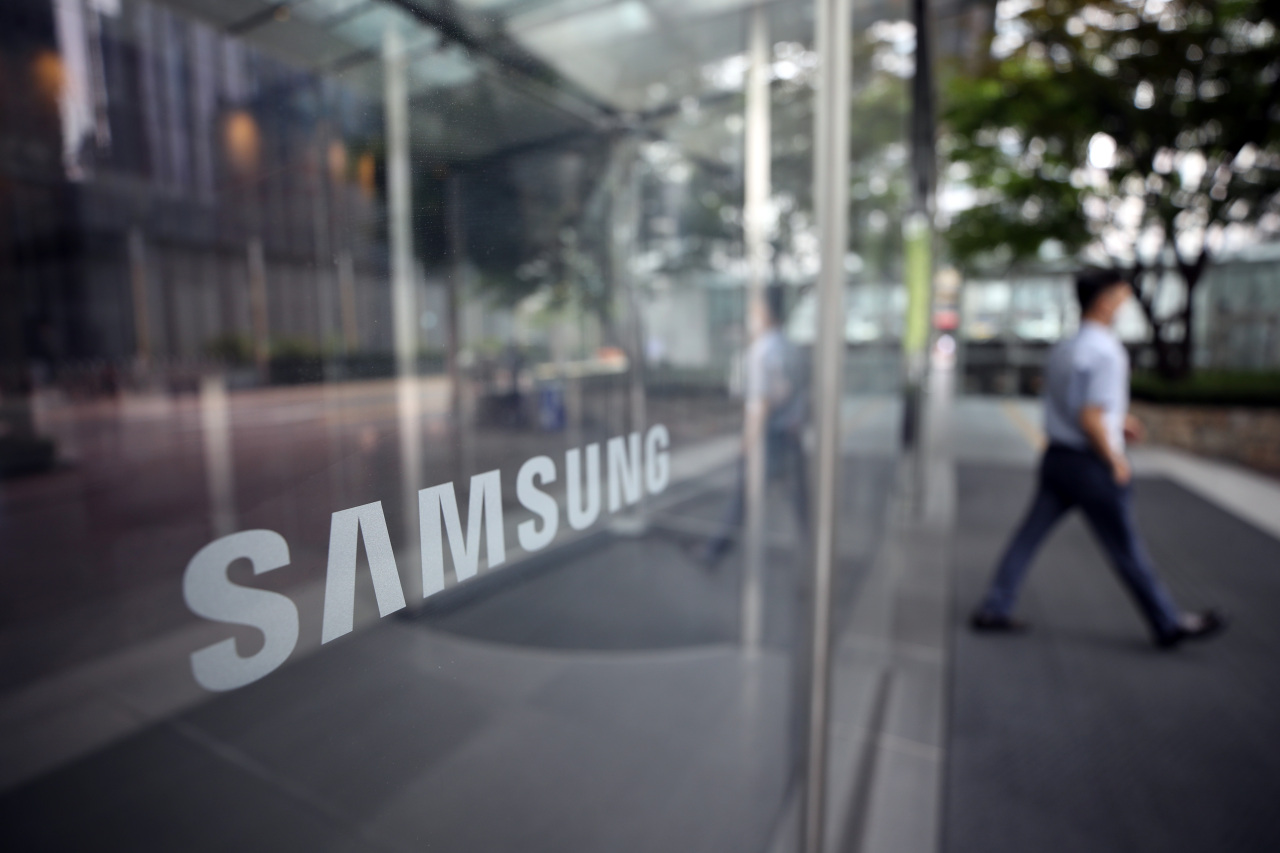 According to the firm’s earnings report on Thursday, sales in the April-June period increased 20.2 percent to 63.67 trillion won, the highest for any second quarter to date.

The robust performance was largely driven by the semiconductor business.

When broken down, the semiconductor business alone accounted for more than half of the company’s total profit, logging a 27.6 percent on-year growth in operating profit to 6.93 trillion won. Chip sales reached 22.74 trillion won in the second quarter, up 24.7 percent from a year earlier.

When compared with the previous quarter, the semiconductor business’ operating profit more than doubled, while sales increased 19.6 percent.

Samsung explained that increases in memory prices -- both DRAM and NAND chips -- boosted earnings, on the back of strong demand from data center, server and personal computer sectors.

The normalization of operations at the firm’s foundry fab in Austin, Texas, after it halted productions for more than a month following a power outage in February, also helped.

In a conference call, Samsung’s senior executive said efficiency is now the key factor when it comes to developing memory chips, rebutting concerns that the company may trail behind rivals, such as Micron Technologies, in future memory technologies. The US-based Micron launched the industry‘s first 176-layer NAND, going beyond Samsung’s 128-layer stacking technology.

“Now, it’s not about just the number of layers,” said Han Jin-man, an executive vice president at Samsung‘s memory business, in the company’s conference call for second-quarter results. “Our current focus is how to efficiently increase stacks themselves, and find out the right time and ways to do that.”

Han expected that sixth-generation and seventh-generation V-NAND will be the main products until 2022, adding that Samsung already has a technology road map for the next 10 years or more.

The company plans to mass-produce consumer solid state drives (SSD) adopting the double stack-based 176-layer 7th generation V-NAND in the second half of the year.

“We have already secured a working chip of the eighth-generation V-NAND with more than 200 layers to expand our lineup,” Han said.

Meanwhile, the chip giant reiterated its previous view on its merger and acquisition (M&A) plan, saying it will try to achieve a “meaningful” deal within three years.

“As the business environment changes rapidly with paradigm shifts, we believe strategic M&As for firms with core capabilities are needed,” said Ben Suh, an executive vice present at Samsung‘s investor relations. “We cannot specify the sector, but we will be looking into various areas, including artificial intelligence, 5G and automotive.”

The company expects to continue strong performance in the second half this year, it said in a press release, as strong demand for semiconductors will continue through the rest of the year, while memory chip prices are expected to increase rise down the road.

Local securities firms anticipated that Samsung‘s sales in the third quarter could reach 70 trillion won with an operating profit of 15 trillion won.