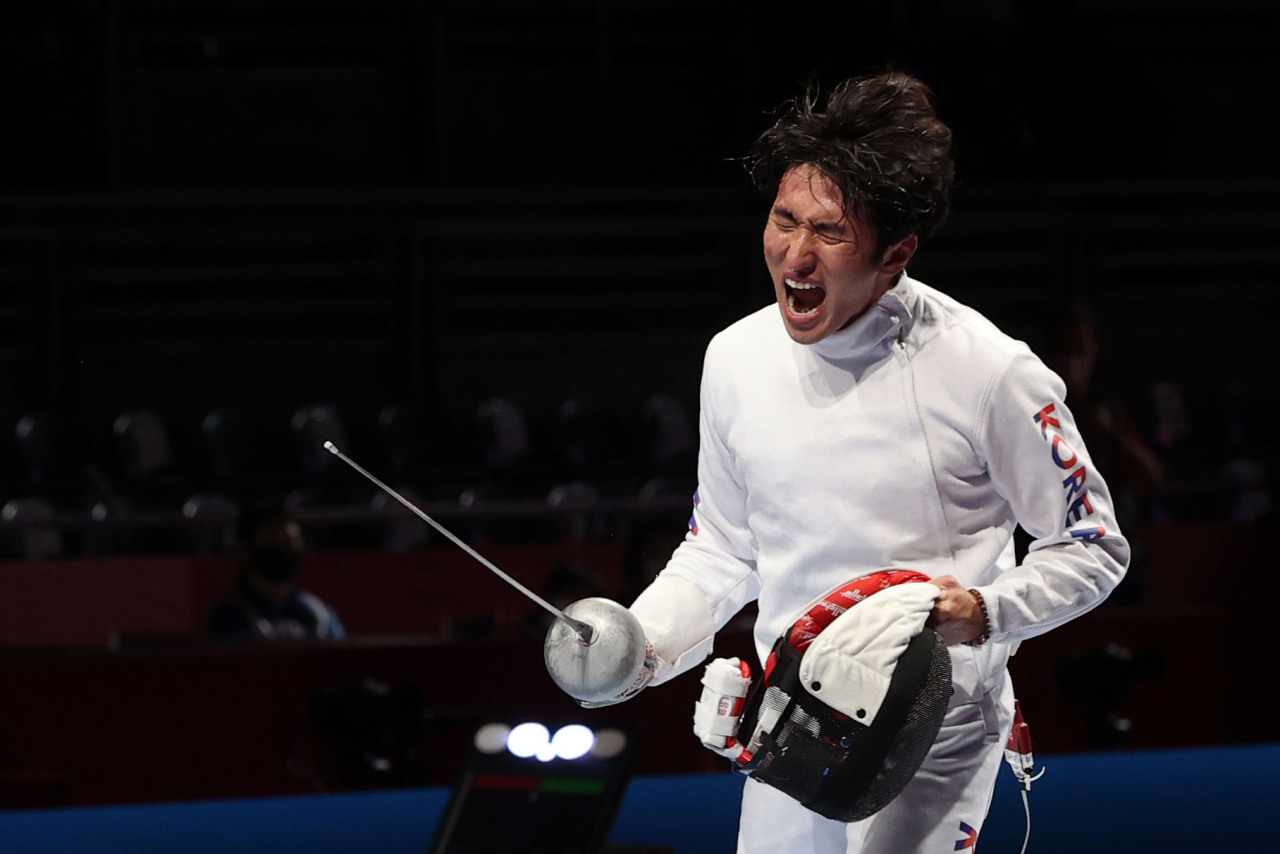 Park Sang-young of South Korea celebrates after beating Jacob Hoyle of the United States in the round of 32 in the men's individual epee fencing event at the Tokyo Olympics at Makuhari Messe Hall B in Chiba, Japan, on Sunday. (Yonhap)
TOKYO -- South Korea began the team portion of the Tokyo Olympic fencing competition with a silver medal in the women's epee Tuesday. Then the men's sabre team won gold on Wednesday.

South Korea doesn't have a team for the women's foil event for Thursday. Next up: the men's epee team on Friday.

Park Sang-young, the 2016 individual epee champion who failed to defend his title, will lead the epee team of Kwon Young-jun, Ma Se-geon and Song Jae-ho at the team competition at Makuhari Messe Hall B in Chiba, east of Tokyo, on Friday.

The men's epee team is ranked fifth in the world, with four other Olympic participants, France, Italy, Ukraine and Switzerland, all ranked ahead.

Friday is also the final day of individual judo events. Kim Min-jong in the men's +100kg and Han Mi-jin in the women's +78kg will take the mat at Nippon Budokan in Tokyo. (Yonhap)