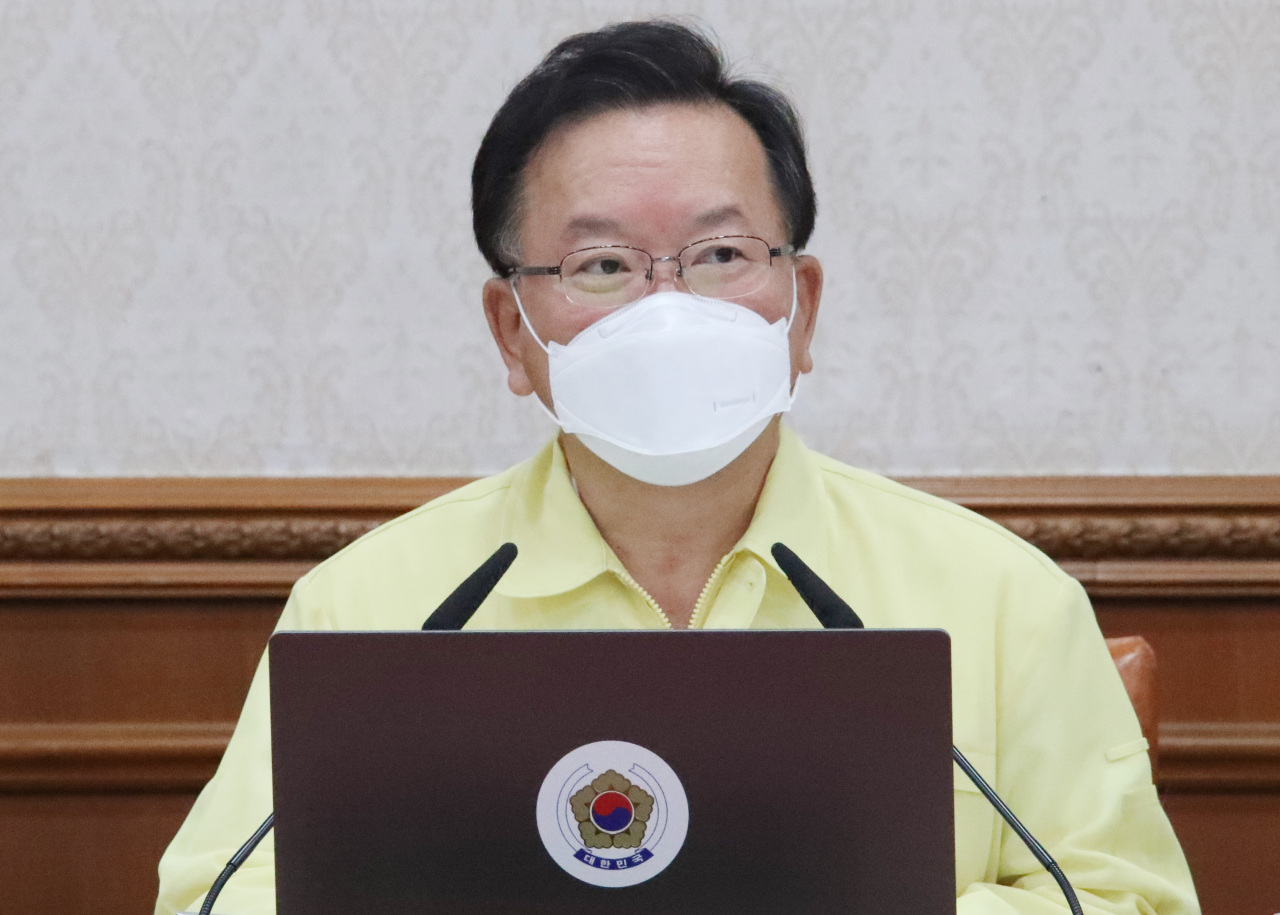 Korea said Wednesday that Moderna was set to make up for the shortfall in the July delivery of its COVID-19 vaccine to the country with shipments resuming in August.

“As a result of a teleconference with Moderna officials held Tuesday evening, shipments will return starting next week,” said Prime Minister Kim Boo-kyum.

A day earlier, he said the pharmaceutical company had reported production issues with its vaccine and consequent delays in delivery in a July 23 exchange with the government.

He said that the national vaccination campaign will proceed as planned, and that Koreans can count on getting to the goal of herd immunity by November.

In a news briefing the same day, the Ministry of Health and Welfare spokesperson Son Young-rae said the lack of Moderna vaccine supply facing “not just Korea, but several countries” was due to “issues with the production process on the company’s part.”

Responding to a reporter question, he said the terms of the contract with Moderna left little room for holding the company liable for the delay. “Taking legal action against Moderna over changes to specific time frames will be a bit hard,” he said. The vaccine deliveries had been settled on quarterly, half-yearly and yearly bases.

Son said there will not be a delay in future supply, and that the vaccinations, which were expanded to people in their 50s from this week, will soon get to younger groups sometime in August.

“The conclusion from Tuesday’s dialogue with Moderna is that there won’t be an issue with August supplies,” he said, without giving specific numbers. Details such as the date and the amount of vaccine shipments could not be revealed due to a confidentiality disclosure agreement with the company, he said.

Korea has a deal with Moderna for 40 million doses of its vaccine, of which only about 1.15 million have arrived so far.

“Disclosing information covered by the agreement can lead to penalties,” he said. “The pharmaceutical company can adjust the timescale and allocations of its supplies, for instance, and even if it decides to stop the shipments, Korea still has to provide payment in full.”

But earlier the same day, Song Young-gil, chairperson of the ruling Democratic Party of Korea, told public broadcaster KBS in an apparent breach of the nondisclosure agreement that Korea was initially promised 1.96 million doses of the Moderna vaccine in the last week of July, shipments of which have been delayed. “But 8.5 million Moderna doses will be arriving on schedule in August,” he said.

Asked to comment on what the ruling party chairperson had said about vaccine shipments, Son said it “may constitute a violation.” He added the ministry was unable to confirm whether or not the information was accurate. “The minutia of the timetable for deliveries of the Moderna vaccine is still being negotiated,” he said.

Since the vaccination campaign kicked off on Feb. 26, Korea has vaccinated 34.9 percent of its population of 51 million people with at least one dose of a vaccine. Just 13.6 percent have been fully vaccinated.