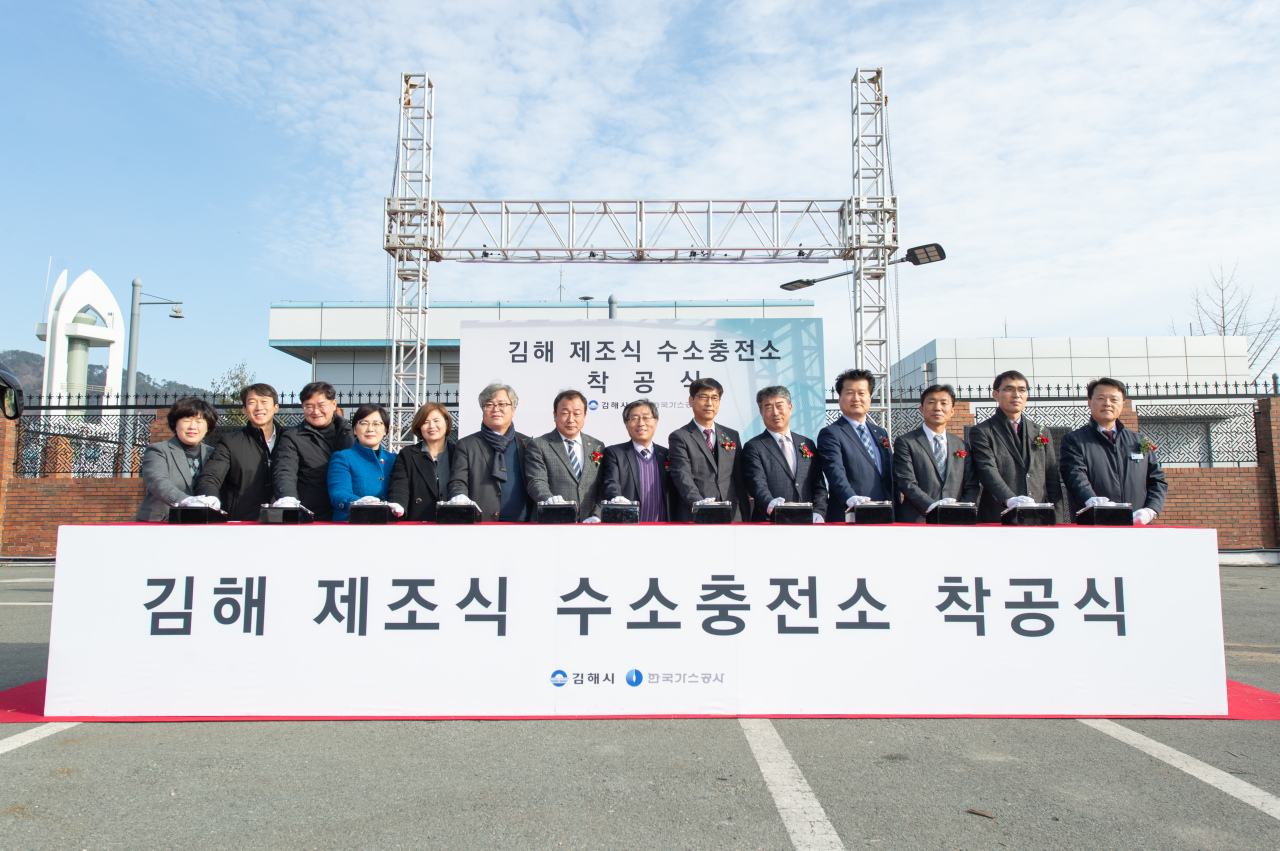 Hydrogen, the most abundant element on Earth and, as a gas, a dream fuel that emits zero emissions.

Almost everyone agrees that a transition to hydrogen economy is a worthy long-term goal -- dramatic reductions of urban air pollution and the buildup of greenhouse gases that aggravate the global climate crisis.

But key questions remain unanswered: Who will pump in the billions of dollars of investment needed to mass produce hydrogen, and who will lay the pipelines needed to transport hydrogen to its final destination?

Amid such uncertainties, Korea Gas Corp., the country’s state-run utility, has set out to become the pacesetter of the hydrogen economy, based on its 38 years of experience in the natural gas business and a vast network of pipelines nationwide measuring a combined 4,937 kilometers.

The catch is, of the 5.26 million tons, 30 percent would be extracted from liquefied natural gas, the cheapest feedstock to produce hydrogen. Kogas, which controls a quarter of domestic LNG supplies, is expected to play a key role.

It aims to bring down the price of hydrogen from 6,000 won ($5.19) per kilogram in 2022 to 3,000 won in 2040. And it has also set an annual target of importing 1.2 million tons of hydrogen extracted from cheap energy sources such as Russian liquefied natural gas starting from 2040.

Though hydrogen itself is colorless, the industry employs color descriptors to differentiate its source and methods of production. Green hydrogen is labeled as green because it breaks water into hydrogen and oxygen by using electricity generated 100 percent by renewables.

Analysts predict that Kogas could generate sales worth 10 trillion won in 2040 by supplying 3.45 million tons of hydrogen.


In recognition of Kogas’ expertise in the LNG business, the government in March designated the gas company as a licensed hydrogen retailer. This gives Kogas the legal authority to maintain the appropriate price level of hydrogen, manage supplies and inspect supply chains.

For example, operators of hydrogen charging stations are obligated to report their hydrogen prices to Kogas.

On top of existing infrastructure, Kogas aims to invest 4.7 trillion won in total by 2030 to establish 25 hydrogen production facilities and a 700-kilometer network of hydrogen pipelines.

Also, Kogas is the largest shareholder of HyNet, a state-led special purpose corporation, which plans to establish 100 hydrogen charging stations by 2022, almost one-third of the government’s goal of 310 stations.

Last month, Kogas began the operation of its first hydrogen charging station in Gimhae, South Gyeongsang Province. Kogas aims to upgrade the facility into an “on-site” station, which can produce hydrogen independently.

Within this year, the firm aims to complete construction of another hydrogen charging station in Daegu, where its headquarters is located.

Kogas is also expanding partnerships with those willing to join the hydrogen economy. With Korea Expressway Corp., it plans to construct all-in-one hydrogen and LNG charging stations at three cargo truck rest stops along highways.