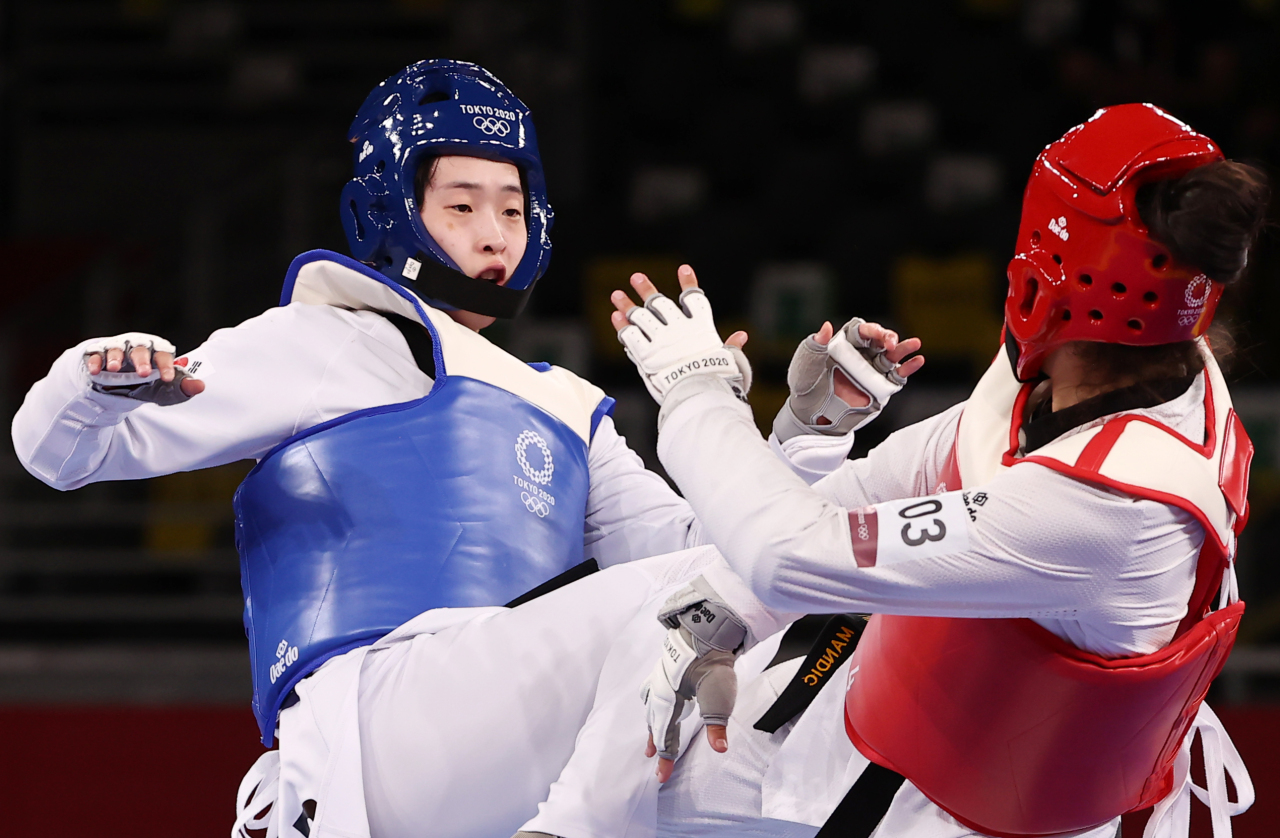 Lee lost to Milica Mandic of Serbia 10-7 in the gold medal match at Makuhari Messe Hall A in Chiba, east of Tokyo.

Her loss ensured that South Korea, the birthplace of taekwondo, will leave the Tokyo Olympics without a gold medal from the martial art. The country won two bronze medals in taekwondo, Jang Jun in the men's 58kg on Saturday and In Kyo-don in the men's +80kg earlier Tuesday.

Until this year, South Korea had never been shut out of gold medals in taekwondo since it was added to the Olympics in 2000. (Yonhap)