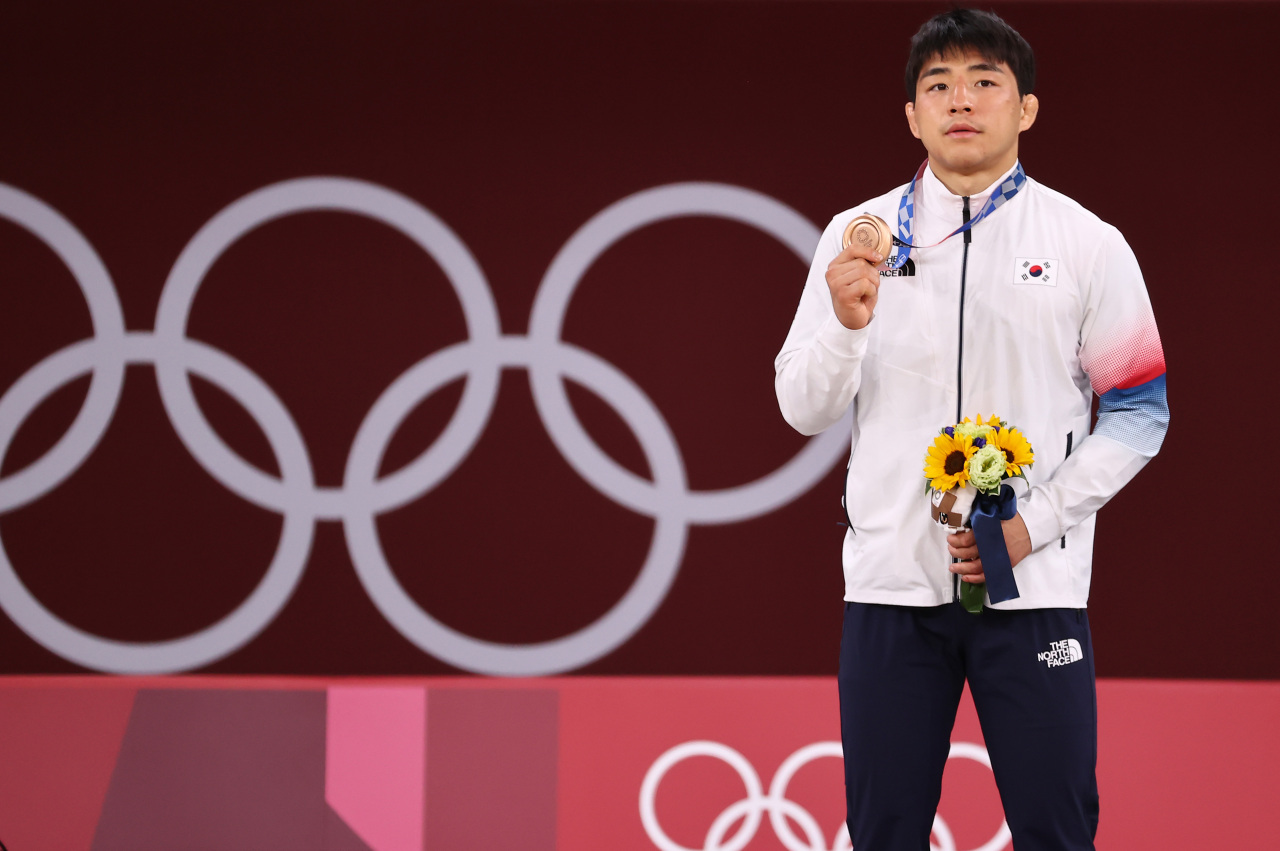 An Chang-rim of South Korea holds up his bronze medal from the men's 73kg judo event at the Tokyo Olympics at Nippon Budokan in Tokyo on Monday. (Yonhap)
President Moon Jae-in said Tuesday that Japan-born South Korean judoka An Chang-rim, who won an Olympic bronze medal Monday, has brought pride not only to Korean residents in Japan but to all 50 million South Koreans.

The 27-year-old An defeated Rustam Orujov of Azerbaijan for the bronze medal in the men's 73kg class at the Tokyo Olympics. An was born in Tokyo to second-generation Japanese-Korean parents and received offers to be naturalized as a Japanese citizen. But he never gave up on his Korean roots and began representing South Korea internationally in 2014.

Moon sent a congratulatory telegram to An and disclosed its content on social media.

"An overcame his injury and produced impressive results. We will remember An's fighting spirit for his country," Moon said in the message. (Yonhap)