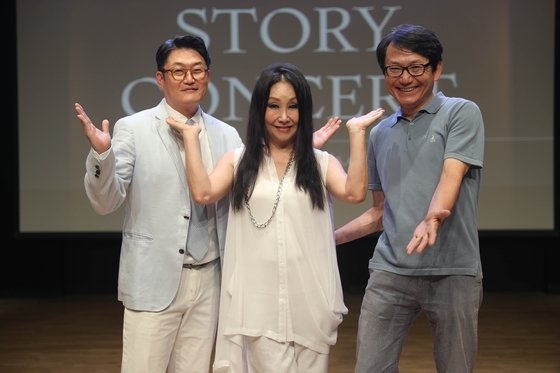 Legendary Korean pop music singers from the late 20th century will go onstage for a series of concerts, hoping to encourage the diversity of the local music scene.

With an aim of supporting the older adult contemporary music genre in Korea, music contents company Sound Friends is to run “Sound Project,” a series of concerts featuring big-name singers from the 1960s to 1990s such as Kim Chang-ki, An Chi-hwan, Han Young-ae, Kim Hyun-chul and more.

Kim Chang-ki and An Chi-hwan were to kick off the project next month, but the performances have been postponed due to the ongoing fourth wave of the COVID-19 pandemic. Instead, Kim Hyeon-cheol will be the first runner of the series, holding concerts on Sept. 1-2. Han Young-ae will take the stage Sept. 2-3, followed by Kim Chang-ki on Sept. 5 and Ahn Chi-hwan from Nov. 19-21. All performances will be held at Yonsei University’s 100th Anniversary Memorial Hall in western Seoul.

“Legendary artists have prepared the concerts. Through the concerts, we hope to bring back the music, stories and memories of the past,” singer Kim Hyeon-cheol said in an online press event held Monday.

“I will reminisce the past singing the songs that I made in my 20s,” said Kim Chang-ki, who is also a psychiatrist. “I have not been able to perform actively as a singer, but music is still a great joy and hobby for me.”

Through the project, Han Young-ae will be launching a vinyl version of her live performance in 1993.

“There were a lot of offers on making a vinyl record of my past live performances. But I was too shy to accept the offers. Now I am able to look back into the past. I realized that music does not change,” she said.

“Music from the past is not discarded. Music continues its life,” she said. “I am thankful that I am still singing in the 2020s, having started to sing from the 1970s.”