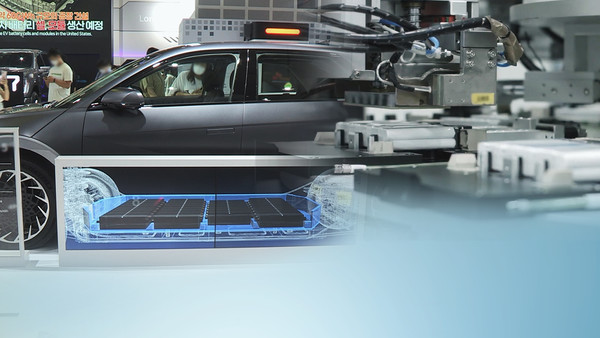 The government will provide tax benefits worth 1.16 trillion won ($1 billion) for R&D expenditures and investments in chips, electric vehicle batteries and vaccines under a tax code revision bill.

The 2021 tax code revision centers on underpinning a fast economic recovery and enhancing inclusive growth amid deepening income gaps caused by the pandemic, according to the ministry.

The government plans to submit the tax code revision bill to the National Assembly before Sept. 3 for approval.

South Korea, home to Samsung Electronics Co. and SK hynix Inc., is a powerhouse of memory chips, which account for around 20 percent of the country's exports. But they have relatively lagged behind in developing non-memory chips, including system chips.

A global competition to secure a stable supply chain for EV batteries has heated up, posing a challenge to Korean battery makers, such as LG Energy Solution Ltd. The COVID-19 pandemic also has raised the need to develop homegrown vaccines to secure "vaccine sovereignty."

Under the proposed tax code revision, the government plans to raise the tax deduction rate by up to 10 percentage points from the current level when companies increase R&D on chips, batteries and vaccines until the end of 2024.

For corporate investment on those sectors, the tax deduction rate will be hiked by 3-4 percentage points.

The ministry also plans to ease criteria for cutting corporate and income taxes and tariffs for reshoring companies, which move their production lines back to their home country from overseas.

To support young people's efforts to increase assets, the government plans to provide tax benefits for funds to be invested by those aged 19-34 who earn less than 50 million won per year. It will also offer tax incentives for youths subscribing to housing-related financial products.

The move came amid growing complaints from young people as they have found it increasingly difficult to find affordable houses amid skyrocketing home prices.

In an effort to overhaul the tax revenue base, the government plans to strengthen measures to stem offshore tax evasion. It will raise the scope of the mandatory reporting of details about overseas properties.

The finance ministry said its tax revenue is estimated to fall some 1.5 trillion won from 2022-2026 if the revised tax code takes effect.

Due to tax incentives for the three key sectors, conglomerates are expected to see tax-payment burdens decline by 867 billion won. For small and midsized enterprises, tax burdens will likely fall by a smaller amount of 308.6 billion won.

The country is expected to post excess tax revenue of 31.5 trillion won this year amid an accelerating economic recovery and a boom in the stock and property market.