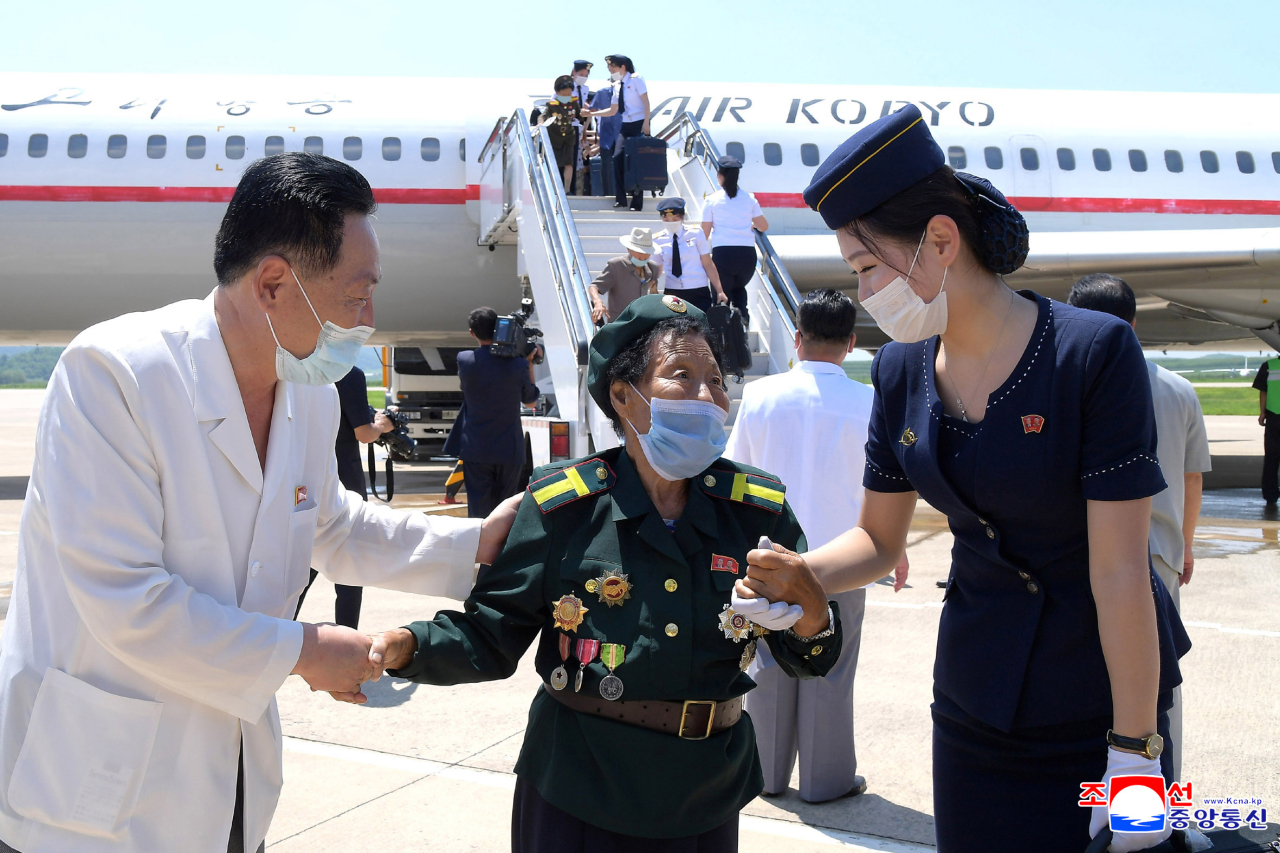 North Korea's war veterans arrive in Pyongyang on July Sunday to attend a national conference to celebrate the 68th anniversary of the Korean War armistice on July 27. (KCNA-Yonhap)
North Korea is set to hold a national conference of war veterans to mark the 68th anniversary of the end of the Korean War, state media reported on Monday, piquing interest in what messages Kim Jong-un may deliver at the event.

The Korean War ended in an armistice on July 27, 1953, and was never replaced with a formal peace treaty, leaving the two Koreas technically at war. The North officially refers to the war as the Fatherland Liberation War and claims victory.

The Korea Central News Agency on Monday reported the seventh national conference of war veterans will be held without specifying a date. In the past, the event was usually held ahead of or on the day of July 27, the North’s national holiday known as “victory day.”

War veterans taking part in the conference arrived in Pyongyang on Sunday, while key party officials visited the lodging quarters to award the participation certificates and congratulate the war veterans, according to the KCNA.

Last year Kim delivered a speech during the conference, hailing the country’s nuclear weapons as a “reliable, effective” deterrent against military threats from hostile forces, signaling the regime remains committed to expanding its nuclear arsenals amid stalled denuclearization talks with Washington.

This year, it is still unsure whether Kim will make a public appearance.

The planned, mass gathering comes as the North continues to enforce stringent restrictions nationwide to prevent an outbreak of the coronavirus. Pyongyang still claims it has zero confirmed cases of COVID-19.

Observers say through the large event, the North aims to bolster internal unity and control domestic situation, amid its deteriorating economy under international sanctions, coronavirus pandemic that ceased trade with neighboring China.

North Korea is also facing its worst food shortages in more than a decade due to flooding last year and the prolonged pandemic. The North’s state media reported that drought fears loom large as extreme heat continues in the country, which could deal a further blow to the nation’s fragile food supply.