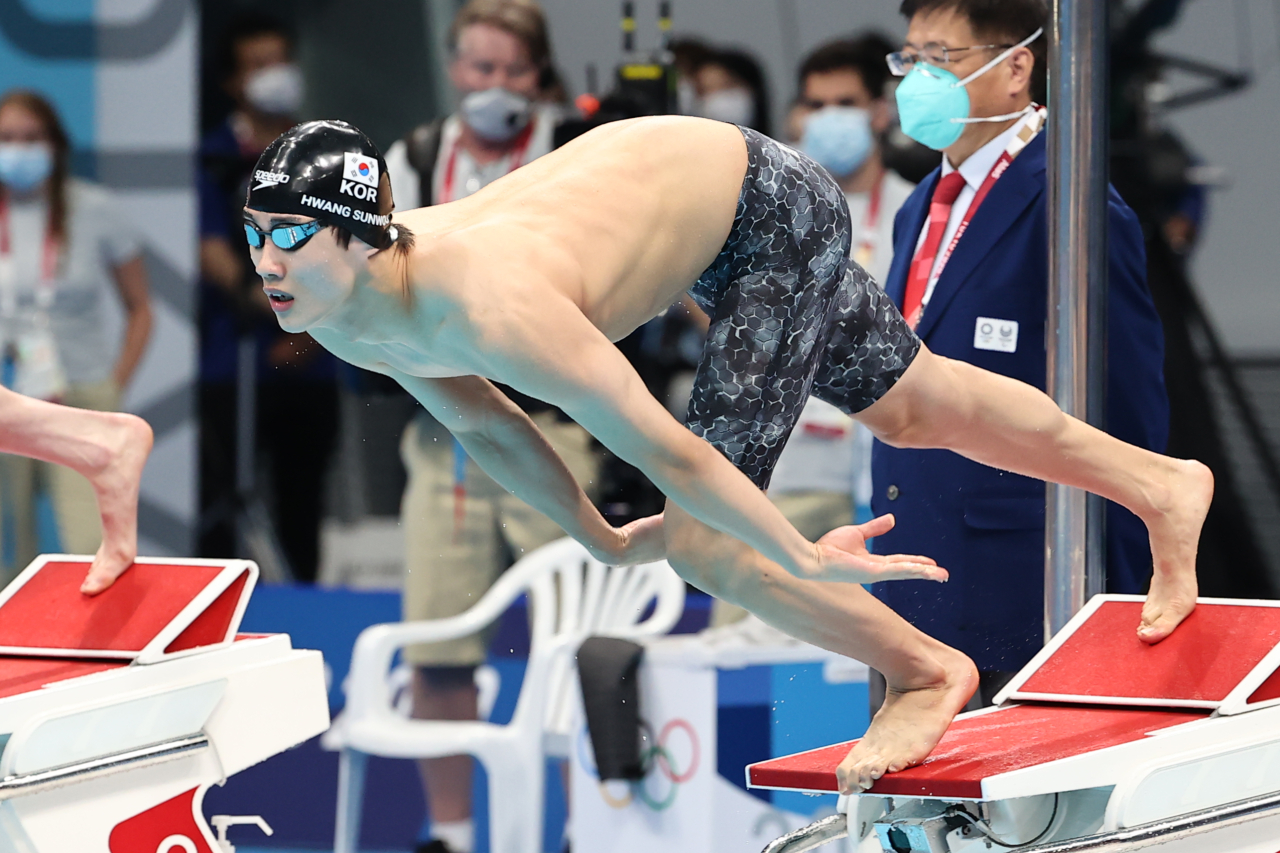 Hwang Sun-woo of South Korea competes in the semifinals for the men's 200m freestyle swimming event at the Tokyo Olympics at Tokyo Aquatics Centre in Tokyo on Monday. (Yonhap)
TOKYO -- South Korean teen swimming sensation Hwang Sun-woo reached the men's 200m freestyle final of the Tokyo Olympics on Monday, becoming the first swimmer from the country to reach that stage in nine years.

Hwang finished his semifinals race in 1:45.53 at Tokyo Aquatics Centre, fifth in his heat but sixth overall among 16 swimmers. The top eight will race in the final, scheduled for 10:43 a.m. Tuesday.

Hwang is the first South Korean swimmer since Park Tae-hwan in 2012 to reach an Olympic final.

Park remains the only South Korean to have won an Olympic swimming medal. Park won a gold in the 400m freestyle and a silver in the 200m freestyle in 2008. Four years later, Park won silver medals in both races. (Yonhap)