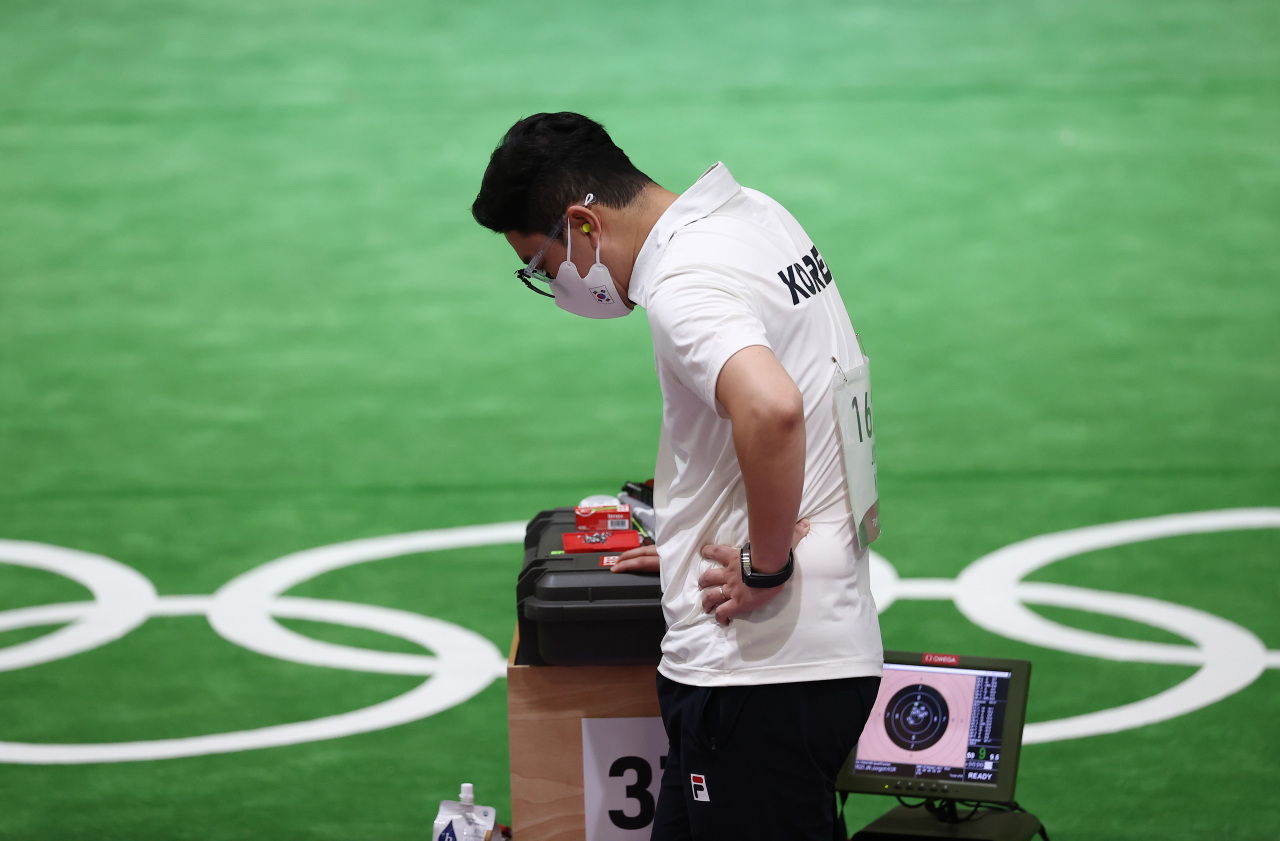 Jin Jong-oh of South Korea takes a moment during the qualification round for the men's 10m air pistol event at the Tokyo Olympics at Asaka Shooting Range in Tokyo on Sunday. (Yonhap)
TOKYO -- Veteran South Korean pistol shooter Jin Jong-oh will take his one last shot at a medal to further bolster his Olympic legacy on Tuesday.

He and teammate Choo Ga-eun will participate in the 10m air pistol team event at Asaka Shooting Range on the fourth day of competition at the Tokyo Olympics. Jin, now competing in his fifth Olympics, has so far collected six medals, with four golds and two silvers. The seventh medal will make him the most decorated South Korean Olympic athlete ever and also the only Olympic shooter with as many individual medals.

Jin misfired on his first attempt last Saturday, when he failed to get out of the qualification round in the men's 10m air pistol event. He ranked a disappointing 15th, while only the top eight advanced to the final.

Also on Tuesday, members of the women's epee fencing team will try to bounce back from their disappointing showing from Saturday's individual event. Choi In-jeong, Kang Young-mi and Song Sera didn't come close to sniffing a medal, but a medal in the team competition will help wash away that pain. (Yonhap)