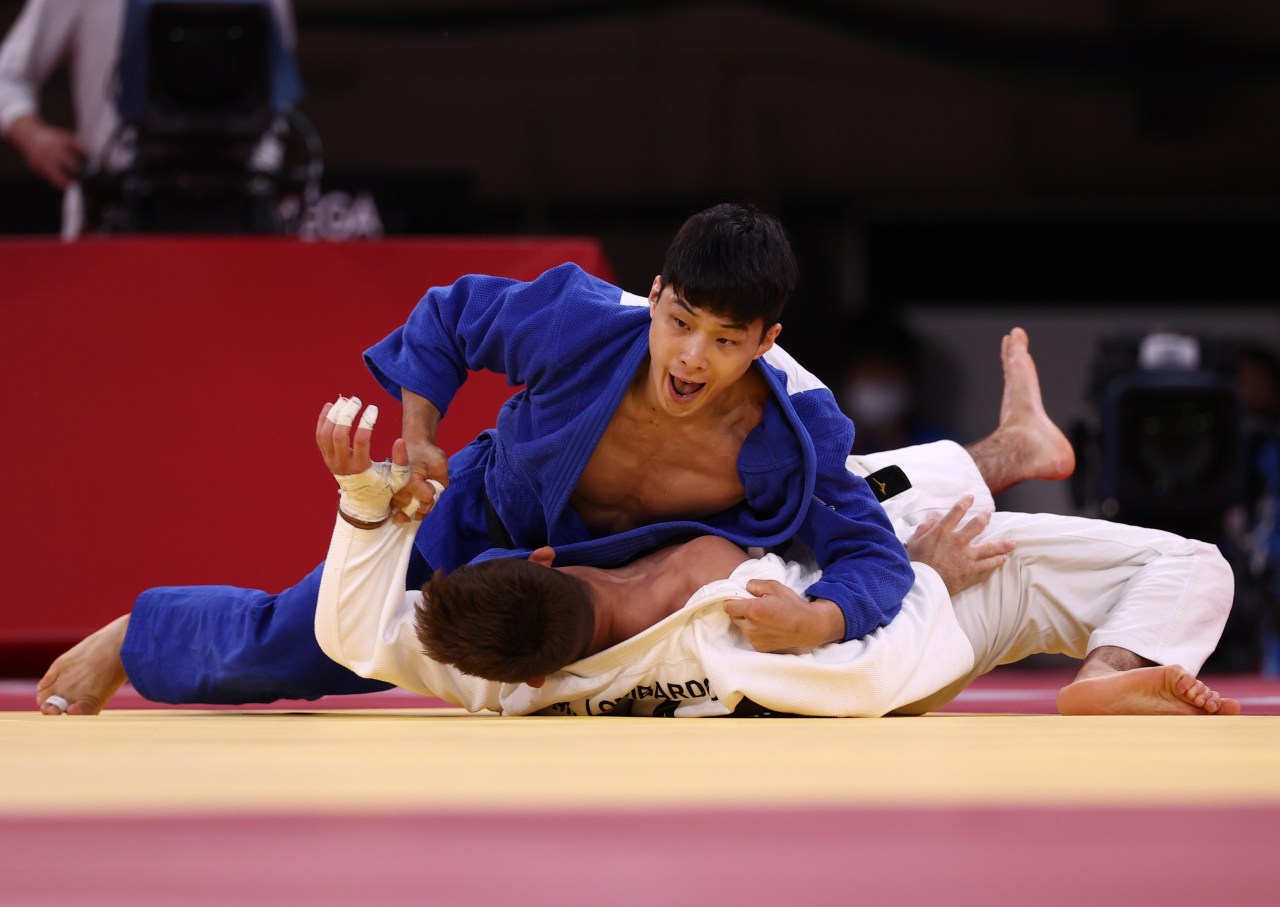 An defeated Manuel Lombardo of Italy by a decisive ippon in the bronze medal match at Nippon Budokan for his second straight medal.

An won silver in the same class at the 2016 Rio de Janeiro Olympics.

An's is the first judo medal for South Korea in Tokyo.

An got his ippon with his signature "seoi nage," or a shoulder throw, about two minutes into the match.

An was considered a strong gold medal favorite here, alongside the Japanese star Hifumi Abe. The two ended up on the opposite sides of the bracket and wouldn't meet until the gold medal match.

Though An had been 0-2 against Abe, he had been building up for a showdown against the Japanese and had said he was ready to get his first win against Abe.

He never got that opportunity, losing to Vazha Margvelashvili of Georgia in the semifinals on a golden score in extra period. (Yonhap)