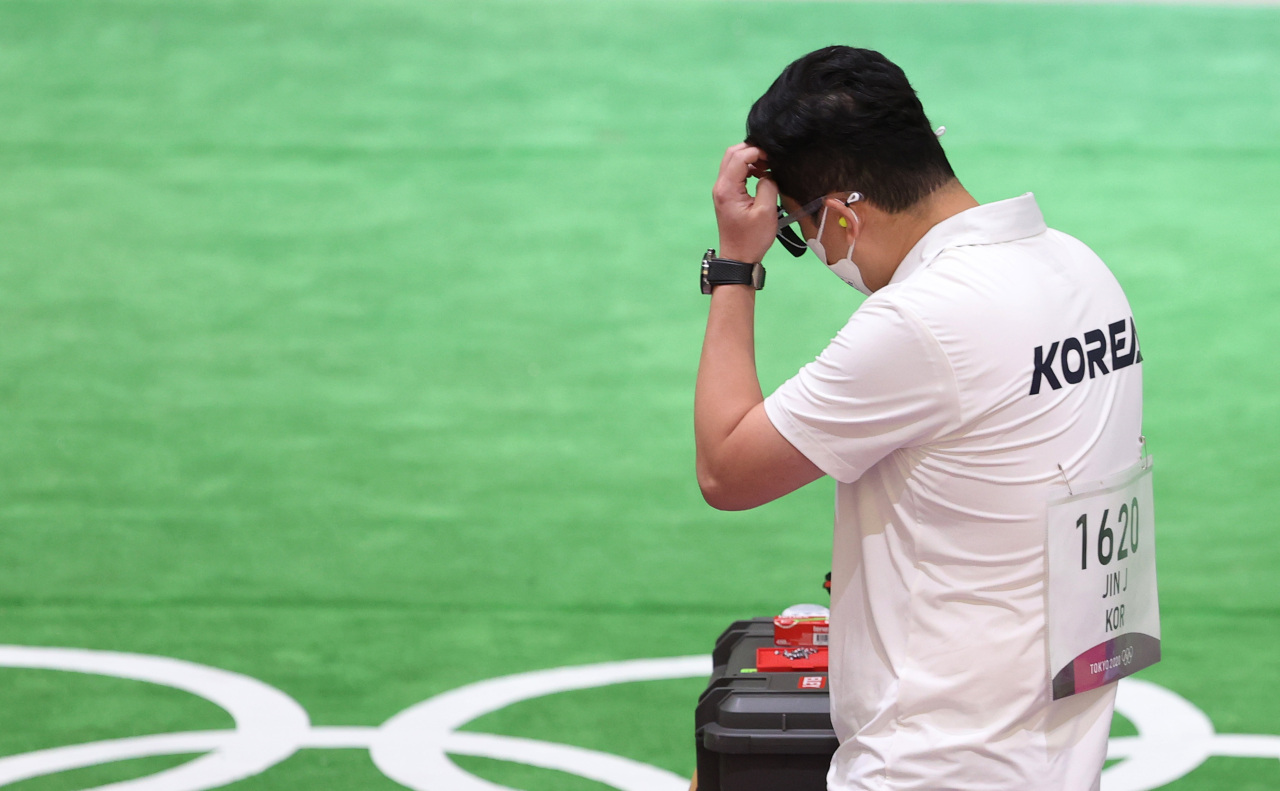 Jin ranked 15th with 576 out of a maximum 600 points at Asaka Shooting Range, finishing well outside the top eight eligible for the final. He is the 2012 Olympic champion in this event.

In the qualification, shooters each fired 60 shots, 10 per series, with a maximum score of 10 points per shot.

He bounced back with a 97 and then hit the perfect 10 with his first eight shots of the final series, putting himself in ninth place and on the verge of a spot in the final.

But Jin hit an 8 with his second-to-last shot. He took his time to gather his thoughts, but his final 9 wasn't enough to get him in.

Jin has so far bagged four gold and two silver medals over the past four Olympics. One more medal in Tokyo will make him the most decorated South Korean Olympian and also give him the most individual shooting medals in Olympic history.

Jin was at a loss for words in the aftermath of his early exit.

"What can I say? I am just devastated," Jin said. "I don't know what else to say. I have to regroup and prepare for the mixed event next."

Jin will compete in the mixed 10m pistol event on Tuesday.

Jin's teammate and roommate, Kim Mose, reached the final as the sixth-best qualifier with 579 points.

But Kim finished dead last among eight finalists with 115.8 points. He was the first shooter to be eliminated in the second phase of the final. (Yonhap)