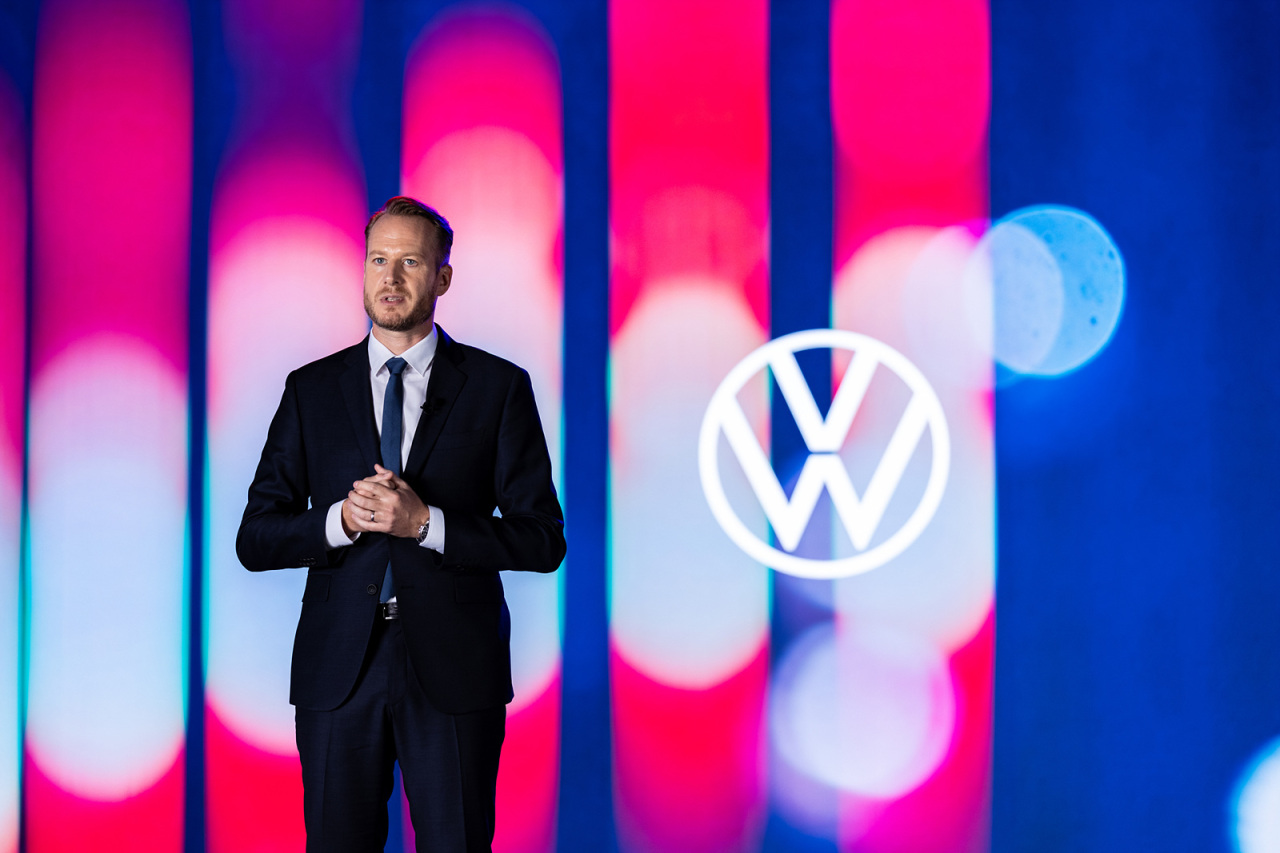 “We want to be the most accessible, most affordable, premium brand for Korean customers in the imported car market. We are ‘Accessible Premium,’” he said during the opening speech.

Director Krapp pointed out that the company is seeing a significant increase both in the numbers of first-time imported car buyers and first-car-in-life buyers in South Korea. As part of its “accessibility” strategy, the company said it will apply a new pricing policy to all lineups of upcoming models, starting with The New Tiguan SUV.

The New Tiguan has been facelifted from its previous model. Tiguan is Volkswagen’s best-selling SUV that was first launched in the Korean market in 2008. More than 6 million vehicles have been sold worldwide, according to the automaker.

Under the new policy, Volkswagen’s New Tiguan TDI Premium will be available at the lowest retail price of 38 million won. 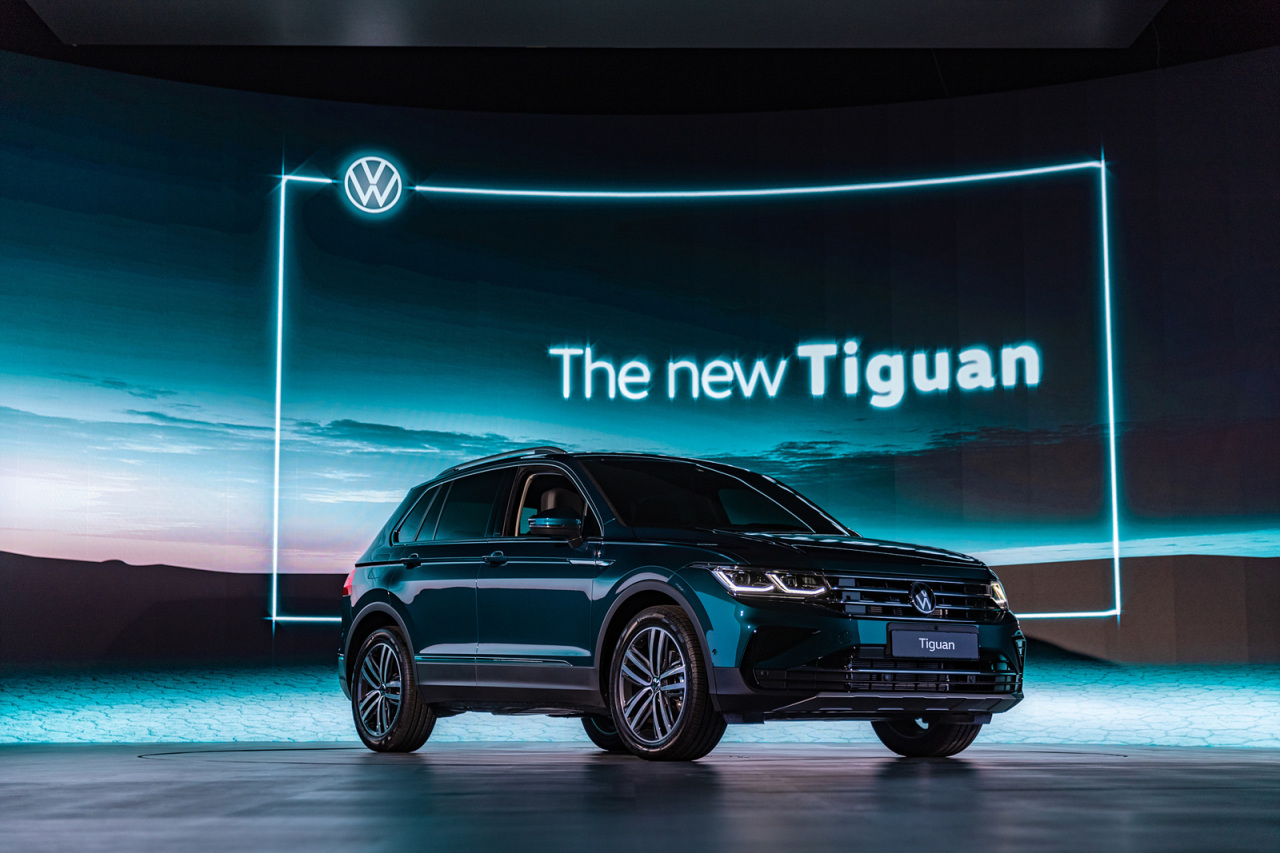 Volkswagen’s latest SUV, the New Tiguan, is displayed on stage. (Volkswagen Korea)
The company will also extend warranty to five years or 150,000 kilometers for all models under the carmaker, in a bid to change the perception that imported cars require high maintenance fees, the company said.

The German automaker will launch ID. 4, the brand’s first all-electric powered SUVs, in Korea in the first half of next year in line with its commitment to “Way to Zero” carbon neutrality initiative.

But at the same time, the automaker will expand the portfolio of its combustion engine cars as it expects demand for these vehicles will remain dominant in the next 10 to 15 years.

All future combustion engine cars will be equipped with its latest engine, the EA288 evo, the company said. Volkswagen says its latest engine model can reduce nitrogen oxide emissions by 80 percent compared to previous ones.

The Volkswagen Korea executive also mentioned some challenges the company is facing.

“We expect limited supply of our Tiguan in the first half. Due to worldwide chip shortages, we are facing many challenges. Although we secured enough semiconductors, it may not be enough considering the potential of our new SUV.”