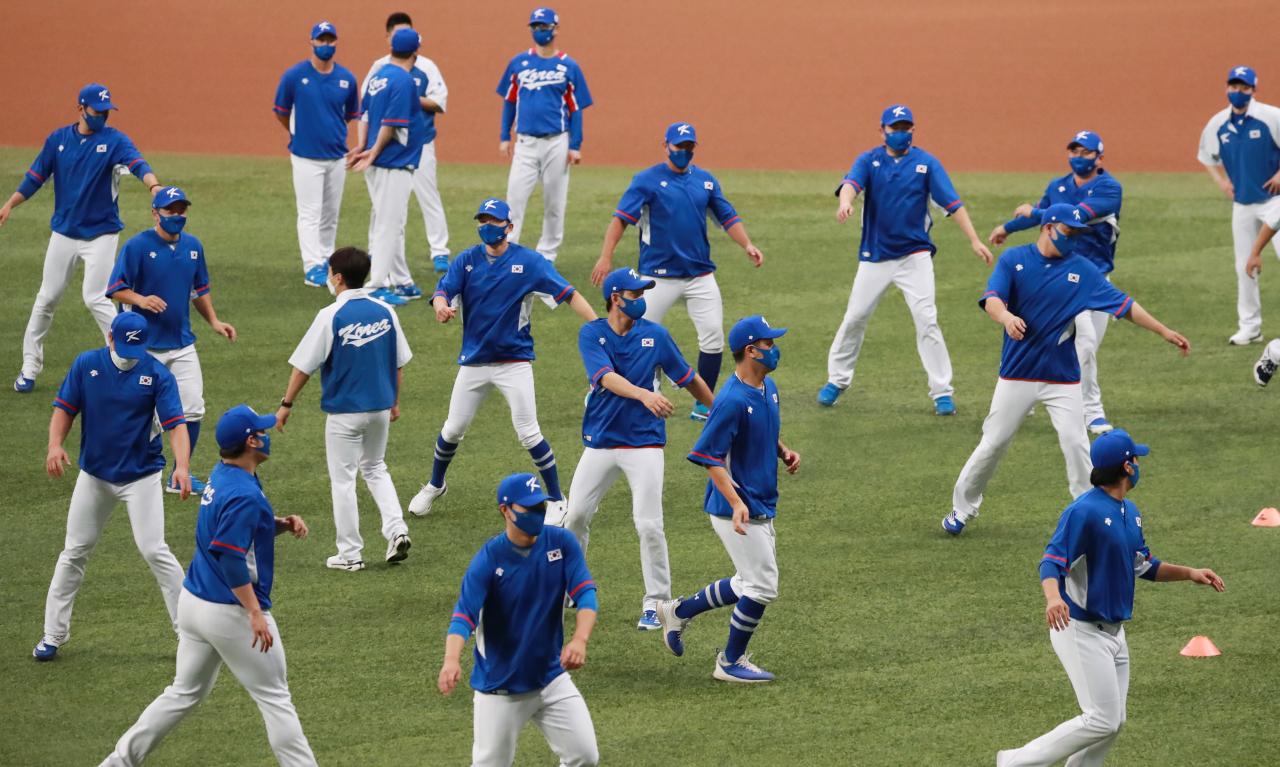 The Korea Baseball Organization (KBO) announced that South Korea will play the minor league military club Sangmu at 6:30 p.m. on Friday and then the KBO club LG Twins at 5 p.m. on Saturday.

The team previously had only one scheduled game in the leadup to Tokyo, the 2 p.m. Sunday tilt against another KBO club, Kiwoom Heroes.

All three games will be played at Gocheok Sky Dome in Seoul.

The national team had been scheduled to play an under-24 KBO All-Star team Friday, but that game was canceled Tuesday because of the surge in coronavirus cases. The league office reasoned that having the Olympic team go up against a squad made up of players from all 10 KBO clubs posed health risks.

However, the KBO felt comfortable enough to schedule two new games for South Korea against individual teams, straddling the fine line between ensuring the health of the players and giving the national team enough reps before the Olympics.

The KBO postponed an entire week's worth of games last week due to multiple COVID-19 cases involving two clubs: the NC Dinos and the Doosan Bears. The KT Wiz have also reported a case this week.

South Korea, which won the last Olympic baseball gold in 2008, will depart for Tokyo on Monday. Its first preliminary game is against Israel on July 29. (Yonhap)