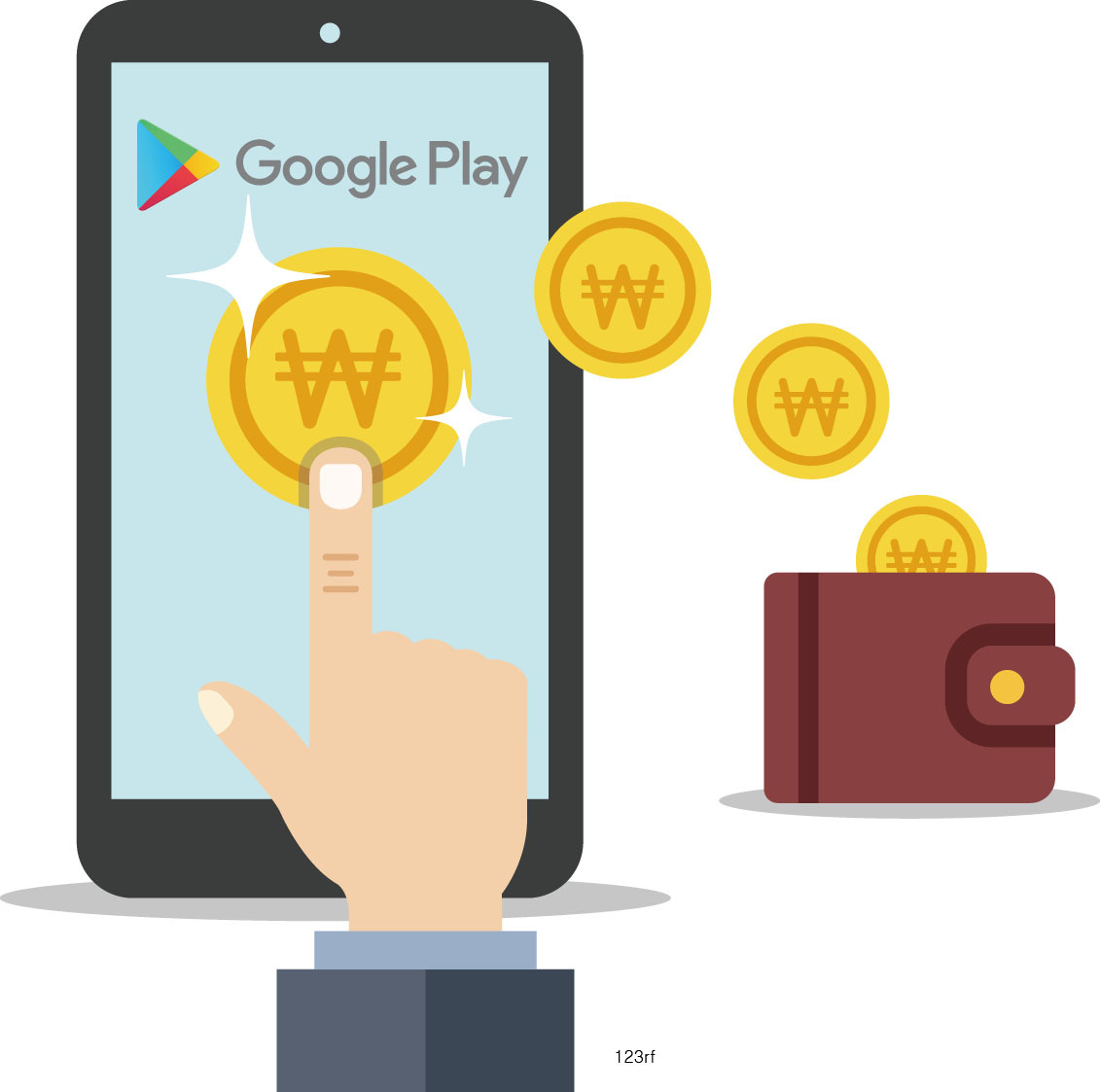 Google has decided to postpone the application of a 15-30 percent cut on in-app purchases of digital content via its Play Store from late September this year to March next year, amid growing complaints from independent developers and content creators.

The move comes as Korean legislators are pushing for a revision to the law aimed at blocking Google from enforcing such a mandatory commission policy on all in-app purchases made by local users.

It is not the first time Google has changed the schedule for the controversial in-app purchase policy that requires all developers to handle their payments through the Play Store’s billing system -- a change that sparked uproar from companies circumventing the Play Store preinstalled on the majority of Android devices.

Last year, Google delayed implementation of the new commission policy from Jan. 20 to Sept. 30 after its mandatory commission policy touched off a firestorm of opposition over the steep fees from local developers, information technology companies and politicians.

In March this year, Google announced it would slash its 30 percent commission rate on in-app purchases to 15 percent from each Play Store digital purchase for all Android developers around the world, starting on July 1.

But the fee reduction only applies to developers that make less than $1 million on Google’s digital storefront each year. If an app developer earns more than $1 million, they are subject to the longstanding 30 percent rate.

On Friday, Google announced on its website for Android developers that it will provide an option to delay the application of the new in-app purchase to March 31, 2022. Google said the change in schedule comes as many Android developers across the globe were hit hard last year, suggesting the need for softening the impact from the COVID-19 pandemic.

The delay also comes after 36 states and the District of Columbia in the US launched another antitrust lawsuit against Google, claiming the search giant’s grip on the digital marketplace violates US antitrust law.

As Google has bought more time to weigh its next move by changing the schedule for the billing policy, Korean webtoon creators and web novel writers expressed concerns about whether Korean lawmakers can successfully pass what is being called the “anti-Google bill” to revise the Telecommunications Business Act, banning app market operators from imposing certain payment systems for digital content purchases.

The bill was proposed last year but got blocked by the main opposition People Power Party, which took a cautious stance and raised concerns over details that might overlap with other regulations.

On Tuesday, the Science, ICT, Broadcasting and Communications Committee held an agenda coordination meeting, where lawmakers of the ruling Democratic Party of Korea voted in favor of sending the bill to the full session of the committee without opposition party members present.

In the process, the contentious clause that would allow the Science and ICT Ministry to take steps to ensure equal access to content and assume related authority was excluded from the bill. Critics took issue with the possibility that such a clause might provide favors to certain companies preparing for an initial public offering.

Rep. Yang Jung-suk, an independent lawmaker and member of the Science, ICT, Broadcasting and Communications Committee, said, “The issue of equal access marks a drastic departure from the pattern of long-standing reform measures, and another form of regulation might be needed.”

In the full session held Tuesday afternoon, the Science, ICT, Broadcasting and Communications Committee, where the ruling party controls a majority, passed the bill. Barring a surprise turnaround, the bill is to be passed along to the Legislation and Judiciary Committee and then to the plenary session of the National Assembly for final approval. The ruling party is keen to pass the bill in the plenary session within July.

Last month, Google said it would consider allowing video, music or book app developers to evade its 30 percent rate after confronting a torrent of complaints about its policy that affects all the players doing business on its platform.

Despite the delay and a lower rate, Korean webtoon creators and web novel writers remain skeptical, as they have to swallow a cut in the income they make on the Google platform if the new billing system is introduced next year.

According to a survey conducted by the Science and ICT Ministry, around 60 percent of those working in the publishing, comics, gaming and music businesses are under the age of 35, and a growing number of young creators are joining the digital content market. Both young content creators and agencies have expressed concerns that Google’s move would lead to a hike in the price of digital content, which in turn could hit the fledgling digital segments such as web novels.