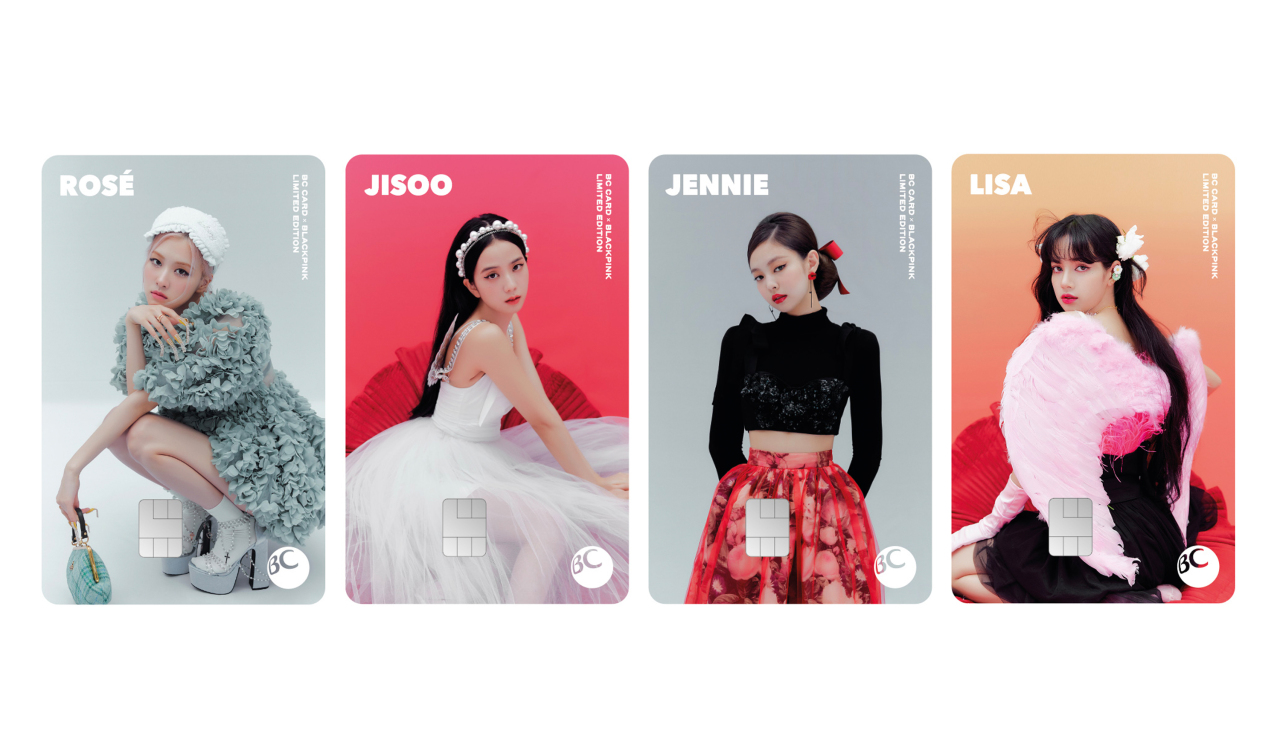 BC Card said Monday that it has partnered up with K-pop girl group Blackpink for a new credit card. It is the first credit card issued in collaboration with K-pop idols, they said.

According to the company, the credit card is to come in various designs featuring 10 images of Blackpink members.

Blackpink Credit Card offers benefits to K-pop fans such as a 10 percent discount on album purchases, streaming service subscriptions and concert ticket reservations. The service is available for all K-pop goods, a BC Card official said.

The credit card also applies the same discount to shopping and lifestyle services such as beauty, public transportation and delivery.

“It is important to know the specific needs of the MZ generation. We have analyzed data that shows their lifestyles and one of the aspects is their love for K-pop,” a BC Card official said.

“We have chosen Blackpink because all the members are luxury brand ambassadors and fashion icons. They influence the younger generations not just in consumption related to K-pop culture but in fashion as well,” the official added.

BC Card is not alone in targeting young consumers by collaborating with K-pop stars and brand characters.

Shinhan Card said earlier this month that it will be partnering with Hybe’s fandom platform, Weverse Company, to launch a credit card featuring global sensation BTS and an additional 26 K-pop acts. When fans purchase their albums and concert goods from Weverse Shop with the credit cards, they will be able to enjoy cash rewards, a Shinhan Card official said.

Lotte Card has launched the Kakao Bank Lotte Card after analyzing consumption patterns of people in their 20s and 30s. The card gives 5 percent cash back for streaming, delivery, transportation, food and shopping services. The card features one of Kakao Friends’ newest characters, Chun-sik.