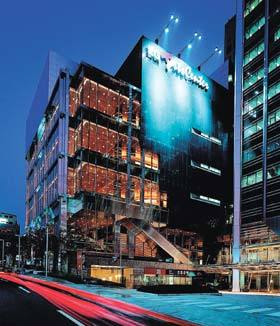 The LG Arts Center has wrapped up its last production at its theater in the Gangnam area, putting a comma to its some 20-year run.

Shakespeare’s tragedy “Coriolanus,” helmed by Yang Jung-ung who directed the opening ceremony of the 2018 PyeongChang Winter Olympics, ended its run at the LG Arts Center in Yeoksam-dong Thursday. It is the last show produced by the arts center while it is located in southern Seoull.

Managed by the LG Yonam Cultural Foundation, the non-profit organization of LG, the art theater is set to move to Magok, western Seoul in 2022.

The arts center in Gangnam is located at the GS Tower, formerly known as the LG Gangnam Tower. LG Group, with which the art center is affiliated with, owned the property before it was handed over to GS Group.

Founded in 2000, the center has been a major cultural institution in Seoul for years, along with the likes of Sejong Center and Seoul Arts Center, presenting performances of diverse genres, from classical music to drama plays, ballets and musicals. 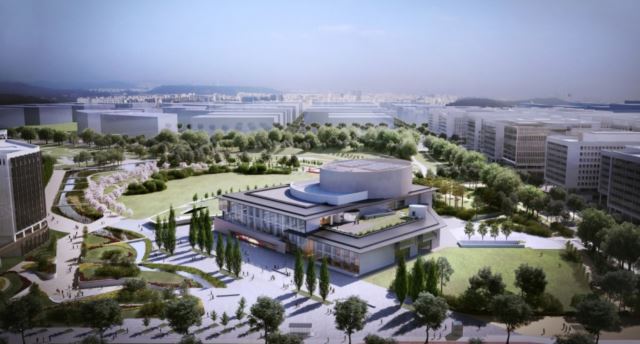 The new property was originally set to open in 2020, but it has been postponed to October 2022 due to delayed construction. It will contain a 1,309-seat theater hall and a 400-seat black box theater. London-based theater consulting firm Theater Project took part in designing the sound system and more.

According to an official from the LG Arts Center, the new building will be donated to the Seoul Metropolitan Government. The city government will have the property rights, while the foundation will run the center for 20 years.

Meanwhile, prior to the move, licensed Broadway musical “Hades Town” is slated to run at the center in Gangnam from Aug. 24 to Feb. 27. Produced by Clip Service, it will be the first time for the Tony Award-winning musical to be performed in Korea.