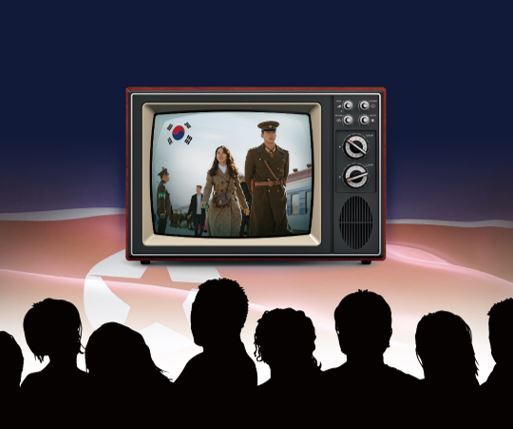 Graphic by The Korea Herald (123rf, tvN)
North Korean leader Kim Jong-un has a new concern: how to control the country’s younger generation.

The 37-year-old leader warned in April that “a serious change” was taking place in the “ideological and mental state” of young North Koreans, and that their ideological education was vital to the survival of the party and the country.

Furthermore, the reclusive regime has been cracking down hard on the attire, speaking habits and culture of North Korean millennials, also known as the Jangmadang Generation -- people in their 20s and 30s who grew up during the country’s famine in the mid-1990s.

For example, South Korean practices such as a woman calling her husband “oppa” -- which means “older brother” but is often used to refer to a boyfriend or spouse -- are prohibited. So are South Korean-style clothing and public displays of affection, such as hugging on the street, the South’s spy agency said last week.

Recently, Kim also labeled K-pop a “vicious cancer” and said it was corrupting young North Koreans’ “attire, hairstyles, speeches and behaviors,” according to the New York Times. The leader also enacted a sweeping new law mandating stiff punishment for people who consume or smuggle in South Korean entertainment, which can include imprisonment or even execution.

The clampdown against what the North calls “anti-socialist acts” appears to reflect concern that if the younger generation -- which has experienced capitalism and foreign culture -- goes unchecked, it could create cracks in the regime’s legitimacy and potentially jeopardize Kim’s dynastic grip on the country, observers say.

“Korean dramas and films have entered the country and the young North Korean generation is influenced by them, such as fashion styles and the way they talk,” said Cheong Seong-chang, director of the Center for North Korean Studies at the Sejong Institute. “Such transformation is visible in the country and Kim sees this could threaten the North Korean system.”

“Kim, who was educated in Switzerland, is well aware that K-pop or Western culture could easily permeate into the younger generation and have a negative impact on its socialist system,” said Yang Moo-jin, a professor at the University of North Korea Studies. “He knows that these cultural aspects could impose a burden on the system. So by stamping them out, Kim is trying to prevent further troubles in the future.” 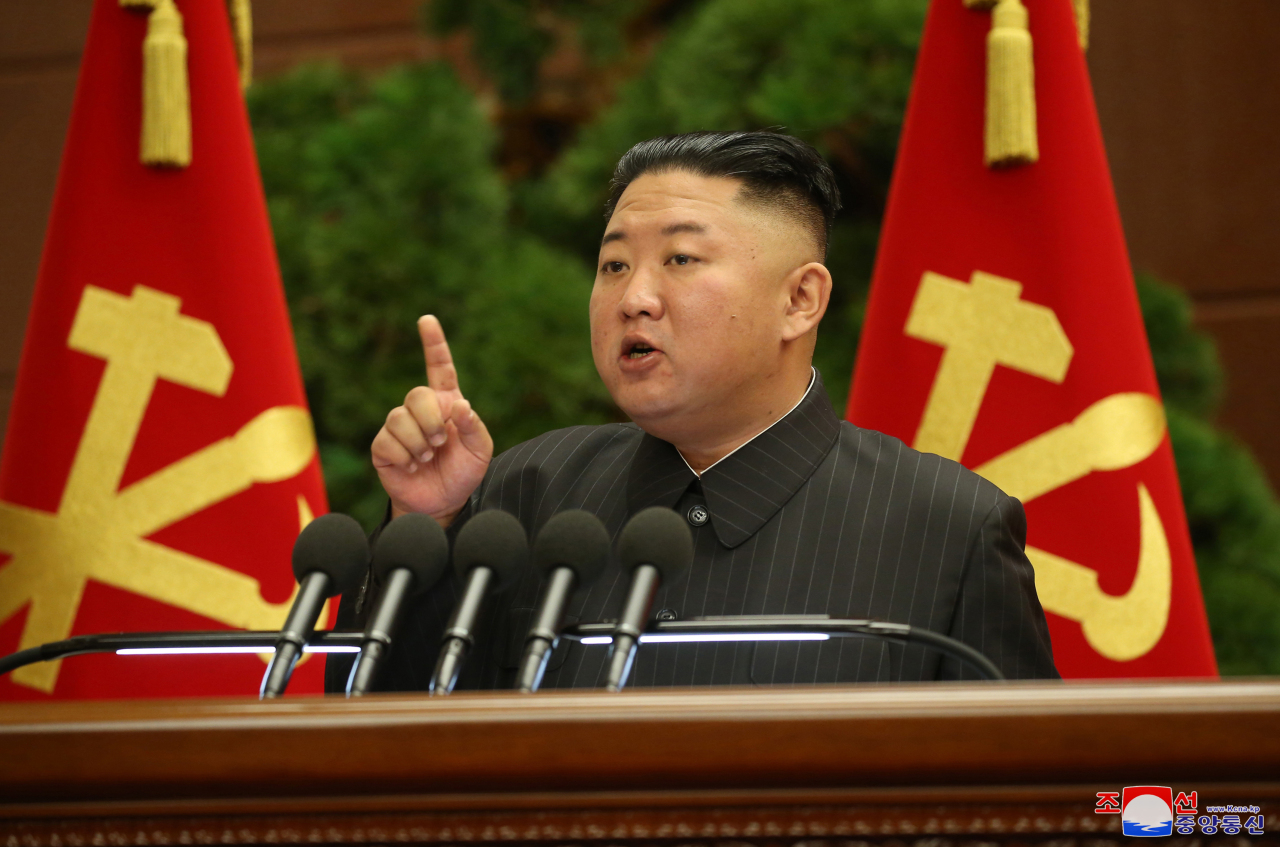 A “jangmadang,” which literally translates to “marketplace,” is a kind of black market that sprang up during the country’s devastating famine of the 1990s. The market stalls became a core part of the North’s economic system, where people led double lives between official state jobs and selling imported foods and other goods to make a living.

North Koreans who were born in the 1980s and 1990s grew up during the famine, relying on these markets for survival, making them known as the Jangmadang Generation. Accounting for around 15 percent of the North’s 25 million people, this generation was exposed to capitalism from a young age, buying food and other goods at the black market rather than standing in line for rations like their parents and grandparents.

Having grown up amid economic uncertainty and in the absence of state rationing, this demographic tends to be individualistic and is more concerned with making money than sticking to ideology, according to the National Intelligence Service. They are largely indifferent to politics and lack a sense of allegiance to Kim Jong-un or the regime.

This generation grew up secretly watching South Korean drama series and listening to K-pop smuggled in on flash drives from China. The glitzy TV dramas gave them a glimpse of life south of the border, convincing them the North was not the socialist paradise they had been taught to believe it was. Some defectors who have settled in South Korea have said it was South Korean dramas that motivated them to risk their lives by crossing one of the world’s most heavily fortified borders.

Concerned with the far-reaching influence of K-drama and K-pop, in December Kim Jong-un enacted the Law on the Elimination of Reactionary Thought and Culture. Under it, those caught in possession of South Korean materials can face 15 years in prison -- up from the previous penalty of five years -- while those caught distributing it can face the death penalty, according to Rep. Ha Tae-keung, who was briefed by the spy agency.

In May, the country’s official media outlet warned its citizens about the inflow of “capitalistic culture,” saying if it were not restrained, the country could “collapse like a damp wall.”

The paper also warned young people against following the “exotic and decadent lifestyle” of capitalism.

With the generational shift apparent in the North’s top echelon, Kim, who is still in his 30s, views his peers’ ideology with alarm considering that they too will take on more important roles in the near future.

“As seen in the latest Cabinet reshuffle, the age of officials became younger, with people in their 40s to 50s taking the majority. The elite business class also got younger,” said Cheong. “The rise of a younger class could contribute to the country’s economy, but Kim is concerned that it could also weaken their loyalty to the regime.”

Tight ideological control and efforts to stamp out foreign culture are nothing new in the totalitarian state led by third-generation leader Kim. But as the North braces for an even more serious food crisis and worse economic hardship amid the pandemic, Kim is looking inward. Through the crackdown, he seeks to secure his grip on power and reinforce internal solidarity.

The isolated nation is said to be facing one of the worst economic situations since Kim took power in 2011. The COVID-19 pandemic forced the North to shut down the border with its largest trade partner, China, causing trade to plummet. Kim also made the rare admission that his country faces food shortages, due to the pandemic and last year’s flooding, which wreaked havoc on its farming sector.

The North also blames the drawn-out UN sanctions, imposed in response to the country’s nuclear weapons program, for its deepening economic crisis.

“With the North facing the ‘triple whammy’ of COVID-19, international sanctions and natural disasters, Kim fears that the younger generation could question and challenge the regime if he doesn’t tighten control,” said Park Won-gon, a professor of North Korean studies at Ewha Womans University.

He stressed that the younger generation, which experienced the market economy and some prosperity while growing up, will feel even more disappointed by the regime’s failure to address the challenges. They are the ones who also witnessed Kim Jong-un meet US President Donald Trump in Singapore and Vietnam and thought changes were happening.

But despite Kim’s high-stakes summitry with Trump in 2018, the nuclear talks collapsed as the two sides failed to agree on details of how sanctions should be lifted in return for steps toward denuclearization.