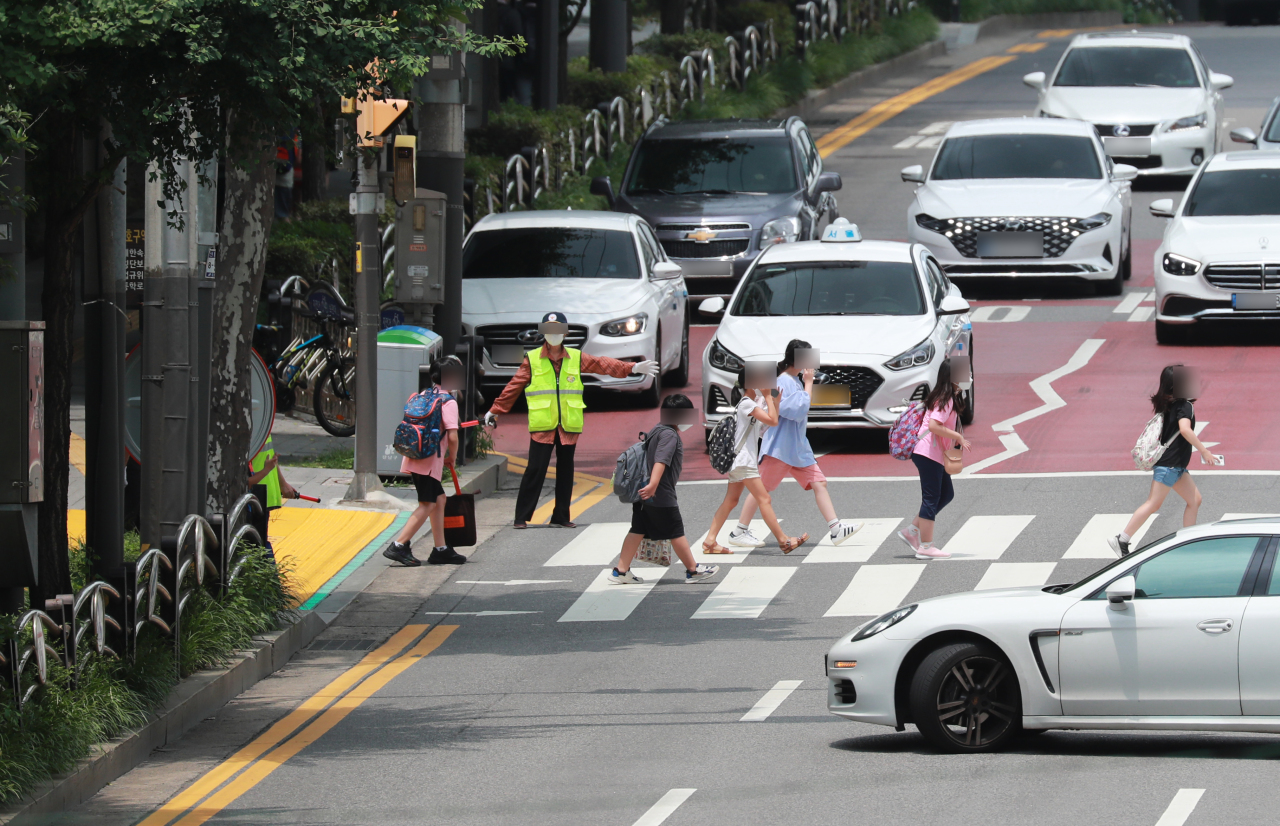 The measure will remain effective until July 25 in Seoul, Incheon, 40 kilometers west of the capital, and Gyeonggi Province.

By then, most schools will be closed for summer vacation. According to the Ministry of Education, 93.7 percent of elementary schools, 98.8 percent of middle schools and 99.1 percent of high schools will begin a one-month holiday no later than July 23.

Many schools have already moved online since Monday in the regions, as the government raised the virus alert level to the highest there, home to around half of the country's population, to bring the rapid spread of the coronavirus under control.

Under Level 4, schools -- from kindergartens to high schools -- are required to remove the in-person teaching option and switch to online-only.

Cram schools are allowed to offer in-person classes until 10 p.m., but they have to put in place strict social distancing and health measures.

Schools can move up the dates of summer holidays at their discretion, but school officials said it was not easy to abruptly adjust the academic schedule, which is normally planned for the entire year in advance.

The Level 4 measures were implemented following a recent surge in new virus cases across the country, with a concerning number of outbreaks reported in the capital area.

On top of online-only classes, the ministry said surveillance testing will be conducted more frequently in schools nationwide, and high school seniors and teachers will start getting vaccinated, while cram school teachers have recently started getting shots. (Yonhap)