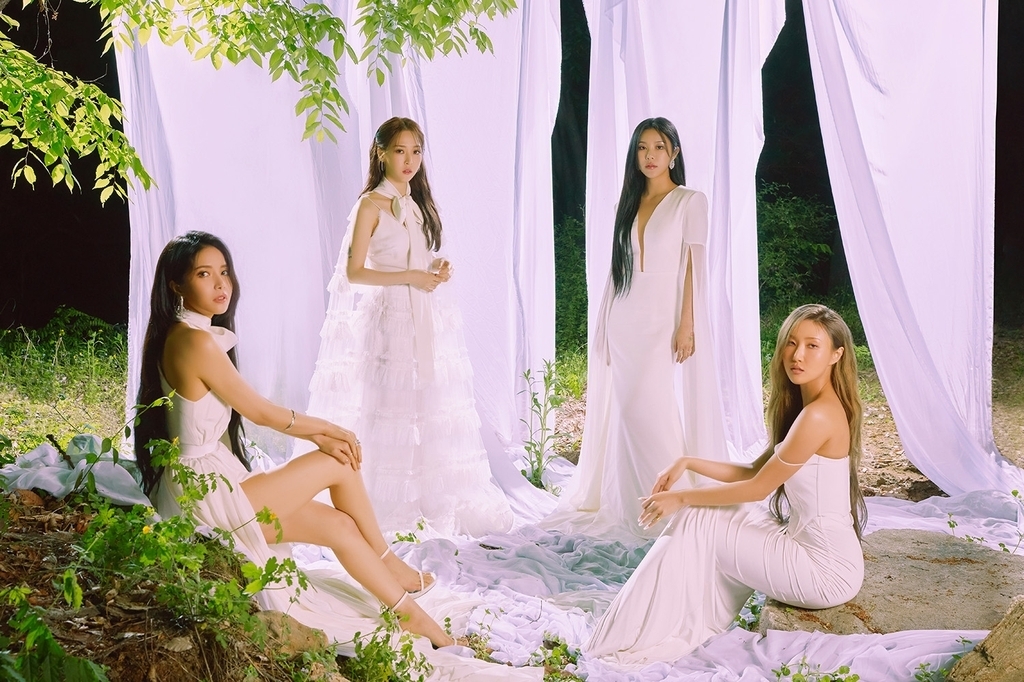 K-pop band Mamamoo (Rainbow Bridge World Entertainment)
Rainbow Bridge World, the entertainment agency behind South Korean pop music group Mamamoo, announced plans to go public on the nation’s secondary bourse, the Kosdaq. It hopes to follow in the footsteps of Hybe, which became a corporate giant after its market debut.

The agency has submitted an application for an initial public offering. If approved, it may enter the stock market within this year, according to publicists representing the agency.

According to the plan, Rainbow Bridge World aims to issue 1.25 million shares. It has picked Mirae Asset Securities as the main underwriter.

The agency has been gearing up for an IPO since last year by raising funds from venture capitals to improve its financial status.

Industry sources forecast that its corporate value will grow in line with the growing popularity of Mamamoo.

Market watchers are keeping a close eye on Rainbow Bridge World to see whether it succeeds on the stock market as Hybe did. After its October IPO on the country’s main bourse, the Kospi, Hybe’s market valuation jumped to 5 trillion won.

Founded in 2010, Rainbow Bridge World is home to K-pop groups including Bromance, Oneus and Onewe.

It has two CEOs: Kim Do-hoon, its music producer, and Kim Jin-woo, its head of business management.