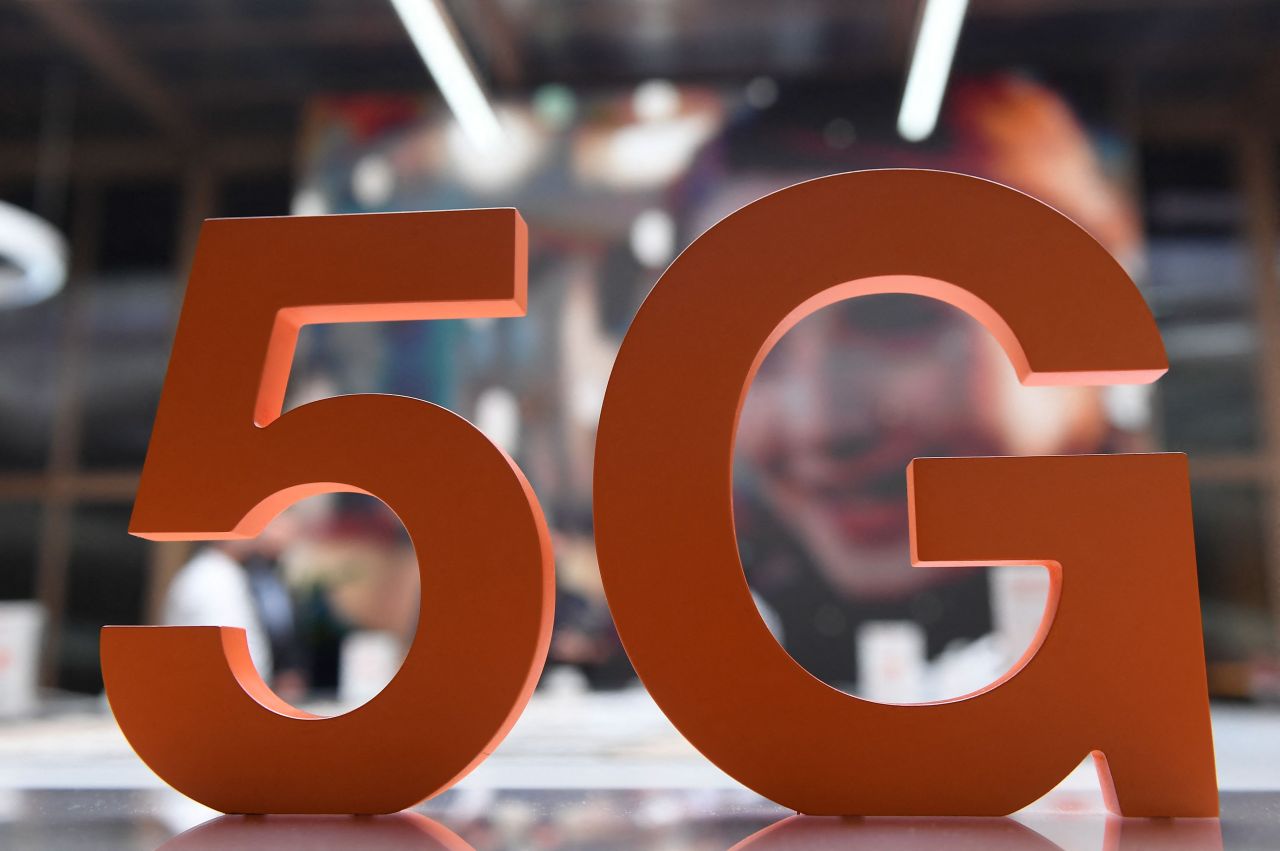 A 5G logo at the Mobile World Congress fair in Barcelona last month (AFP-Yonhap)
A class action lawsuit against SK Telecom, filed by a group of 5G mobile service users in South Korea, formally started Thursday, amid conflicting claims about the quality of the mobile service.

In the lawsuit, 237 people who signed up for SK Telecom’s 5G service presented their case at the Seoul Central District Court through local law firm Serim. In February, the law firm recruited Korean 5G users who experienced problems with the service and wanted to join the class action suit.

On Thursday, the law firm representing the group of 5G users argued in court that SK Telecom advertised 5G as a service that was 20 times faster than LTE, but did not notify them of potential problems with speed or areas where service would be unavailable. Serim claimed that SK Telecom failed to fully explain such possibilities in the contract and was already aware of the matter.

SK Telecom, however, denied liability, alleging that it had notified users of possible problems with its 5G service in advance. The mobile carrier said it is providing related information in accordance with the law and has notified users about areas where subscribers cannot use 5G service.

The case will resume on July 26, as Serim is preparing to file additional class action suits against KT and LG U+ in the coming months.

Separately, 526 users who claimed to also have experienced issues with 5G networks joined forces via a joint lawsuit platform and filed a suit with the Seoul Central District Court on June 30, seeking compensation from SK Telecom, KT and LG U+.

The final result of the lawsuits is expected to affect those who have experienced similar quality issues.

Korean mobile carriers kicked off the 5G service in April 2019, but subscribers who signed up for the pricey 5G plans continued to point out the “poor” quality, with questions remaining about 5G’s advantage over the existing 4G Long Term Evolution in terms of price and reliability.

Shortly after 5G services were made available in Korea, the three mobile carriers launched 5G subscription plans that were more expensive than the LTE options. At the time, the carriers only sold brand-new smartphone models with 5G subscription plans. This forced those who wanted to keep 4G plans for the latest smartphone from Samsung Electronics to sign up for the pricey 5G plan or purchase the phone directly from Samsung’s website, giving up on the conventional discounts offered by the carriers.

In the following two years, the country’s three mobile carriers built up more 5G relay stations and tackled service quality issues, but subscribers still struggled with a slew of service problems, with their phones often switching to the 4G LTE network as 5G service was unavailable.

One of the key issues is the number of relay stations set up by mobile carriers. While there are about 800,000 4G Long Term Evolution relay stations, the figure for 5G is estimated at around 170,000. The gap suggests there are many regions and cities that lack relay stations, resulting in a slowdown in mobile data services.

The lack of 5G-only services is another reason why many Korean users still prefer LTE plans. The mobile industry expects a full-fledged 5G network to spur the spread of the metaverse and more innovative cloud technology, but related services are still in the early stages.

Pricing is another contentious issue. Even though the carriers have rolled out more diverse 5G service plans after users complained about the dearth of affordable subscription plans, their unlimited data options still start from 80,000-90,000 won, while comparable LTE plans are priced at less than 70,000 won. For users, instead of the problem-laden 5G, unlimited LTE plans with better service coverage are more attractive, as they also come with cheaper or free data-sharing options for other mobile devices.

Amid continued dispute over service quality, Korea’s three mobile carriers earlier said they would invest a total of 25 trillion won ($21.8 billion) for 5G services between 2020 and 2022.