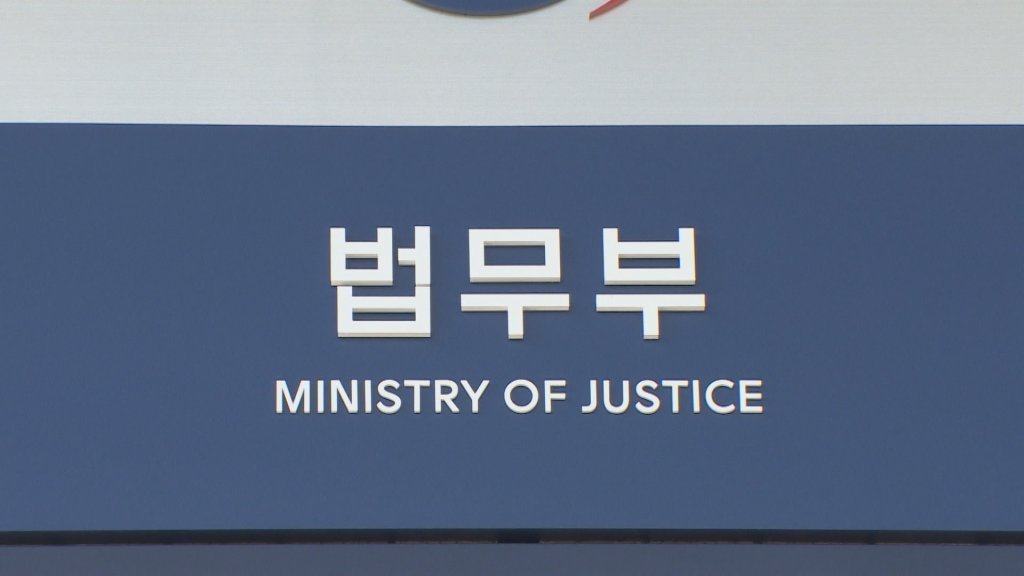 The Ministry of Justice (Yonhap)
Anti-China sentiment and differing views on nationality could be fanning debate over a proposal to lower the entry barriers to South Korean citizenship.

In Korea, any child born to a Korean parent is granted citizenship.

In April the Ministry of Justice suggested tweaking the laws to open the door to citizenship for children born in Korea to foreign parents. Doing so would promote multiculturalism and boost Korea’s ultralow birth rate, said the ministry.

The proposed change would affect children born in Korea to parents of Korean descent who hold permanent residency. Children 6 years old or younger would qualify for Korean citizenship without any other conditions. Children over 7 would have to have lived in Korea for more than five years.

According to government officials, the law would mainly apply to children with close blood ties to Korea -- children born to ethnic Koreans who were themselves born in Korea but never attained citizenship.

While experts agree on the law’s direction, they advise the government to pay attention to public sentiment because the idea of “citizenship” has a very specific meaning in the Korean context.

“For them, nationality is just an identifier on paper. It can change regardless of one’s historic or cultural heritage. In Korea, changing one’s nationality is almost like becoming an entirely different person,” said Oh.

“A law needs to reflect the country’s zeitgeist. If people feel uncomfortable or worried about a piece of legislation, the right thing for the government to do is convince people why that particular law would be necessary. I think they were too hasty in pushing with the legislation.”

A government petition urging the Justice Ministry to withdraw the proposal gathered more than 310,000 signatures in less than a month.

Cheong Wa Dae posted an answer to the petition last week, saying it would “hold debates and public hearings” and listen to opposing arguments before deciding whether to proceed with the revision.

Those opposing the changes, however, say the new law could be abused, and such sentiments were amplified when a local news outlet reported that some 94.8 percent of the law’s beneficiaries would be children of ethnic Koreans from China.

Anti-Chinese sentiment, fueled by a growing number of netizens accusing China of stealing Korean heritage, also had an effect. Civic groups and some right-wing lawmakers said the revision was “in favor of China.”

“The Justice Ministry is about to sell off our country (to China). Korea will naturally be filled with Chinese people, who will cause social conflicts,” wrote one anonymous commenter during an online conference the government organized in May to explain the changes to the public.

The Justice Ministry denied claims of favoritism toward China, but did acknowledge that the majority of people who would qualify for citizenship under the revised law could be of Chinese descent.

“As of last year there were 8,459 people reported as children from parents with permanent residency and around 85 percent of their parents were from China,” said Seok Bong-jun, an employee of the Ministry of Justice’s Nationality Act Task Force.

Civic groups also worry that some people might abuse the system for personal gain.

This is because the revised law allows certain children to obtain dual citizenship, depending on the nationality laws in their parents’ home countries. Some people could obtain Korean citizenship to enjoy health care and social welfare benefits, they suggest, then discard it when they have to fulfill obligations such as mandatory military service.

“Most foreigners come to Korea for personal economic benefits, therefore I am against giving out citizenship easily. If they really want to be considered a Korean citizen, why are their parents satisfied with having just a resident visa but want their children to be Korean citizens?” asked Lee Hyoung-oh, head of a civic group that favors restrictive immigration policies. The group staged a protest in May demanding that the government scrap the revision.