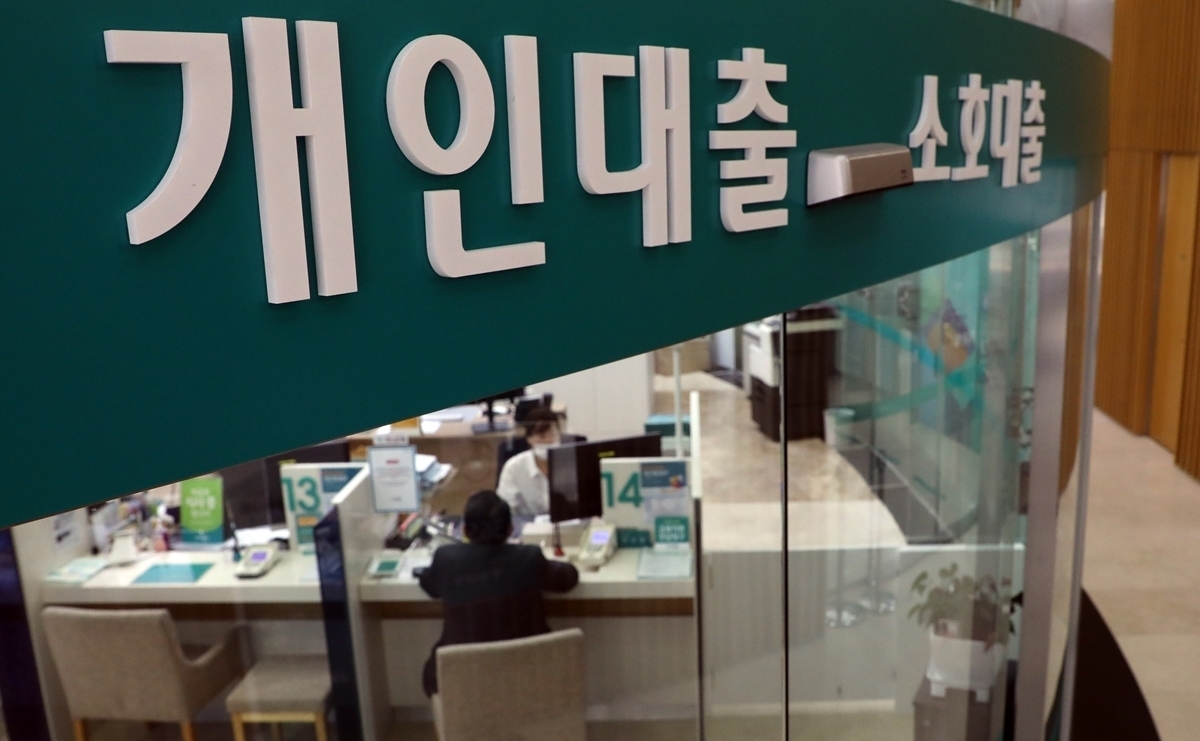 This file photo shows a bank official explaining a loan product to a visiting customer. (Yonhap)
South Korea will lower the maximum interest rate this week as part of efforts to ease financial burdens on low-income people, the financial regulator said Tuesday.

The maximum legal interest rate that private lenders can charge will be cut to 20 percent from the current 24 percent Wednesday, according to the Financial Services Commission.

It will mark the second cut in the maximum legal interest rate in three years. In 2018, the government cut the lending rate ceiling to 24 percent from 27.9 percent.

The latest reduction comes as the Cabinet approved a revised enforcement decree on the Credit Business Act and the Interest Limitation Act in late March. The amended decree was promulgated on April 6 and comes into effect after a three-month grace period.

The lowered legal lending cap will apply to new loans or those whose contracts are renewed or extended.

The financial regulator said it will prepare follow-up measures to prevent any fallout from the coming lending rate cut on low-credit borrowers. (Yonhap)