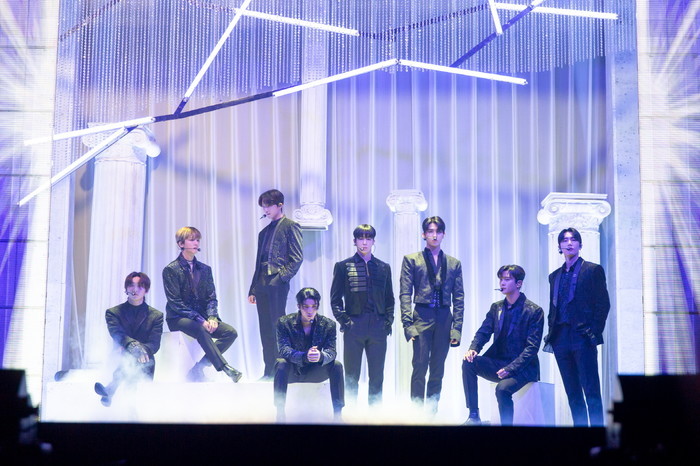 (Pledis Entertainment)
SF9 declared there is no limit for the band at a showcase held in Seoul on Monday.

The nine-piece act put out its ninth EP, “Turn Over,” a year following previous EP “9loryUS.”

“I feel nervous and excited at the same time coming up on the stage again after a year,” said Youngbin. The band is in high spirits, however, having built up confidence after participating in “Kingdom: Legendary War,” a contest show among boy bands, he added.

“We’ve learned that there is no limit to SF9 through the program,” said Chanhee.

The fact that they are the first to come out with new music after the contest did not faze them, the bandmates said. Rather, they changed the choreography of lead track “Tear Drop” completely with newfound confidence, according to leader Youngbin.

They went for a genderless feel this time, taking a turn from their signature masculine performances, said Taeyang, asking fans to look out for their sophisticated choreography.

Meanwhile, Inseong was absent from the showcase as a precaution, though he had tested negative for COVID-19. He will resume activities from Tuesday.

G(I)-dle’s Soyeon sets up shop on her own 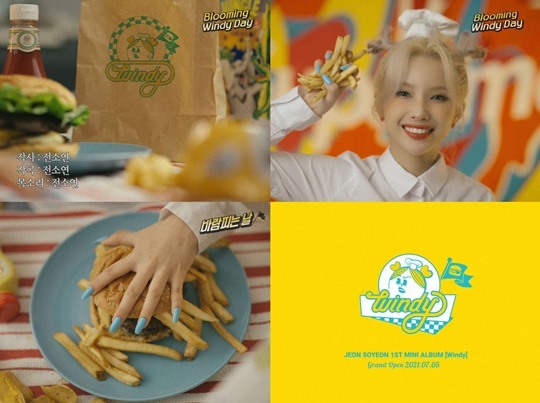 She appeared at a store that had been turned into a burger joint named Windy Burger and introduced herself as the owner. She thanked everyone, including the band’s official fandom community Neverland, for letting her open shop.

“It is an honor that I can open Windy Burger, as I’ve yearned for so long,” said the idol. Although she admitted to being very nervous, she was more than confident about her first gig as a solo musician.

“I’ve poured everything I’ve got into this 100 percent handmade menu and it will be a gift for you who have been pining for real music,” the idol went on. “I will satisfy all of your senses with frank, groundbreaking and addictive dishes.”

Jeon recommended lead track “Beam Beam” as the “signature dish” emphasizing that listeners would be able to enjoy its hot and prickling taste. 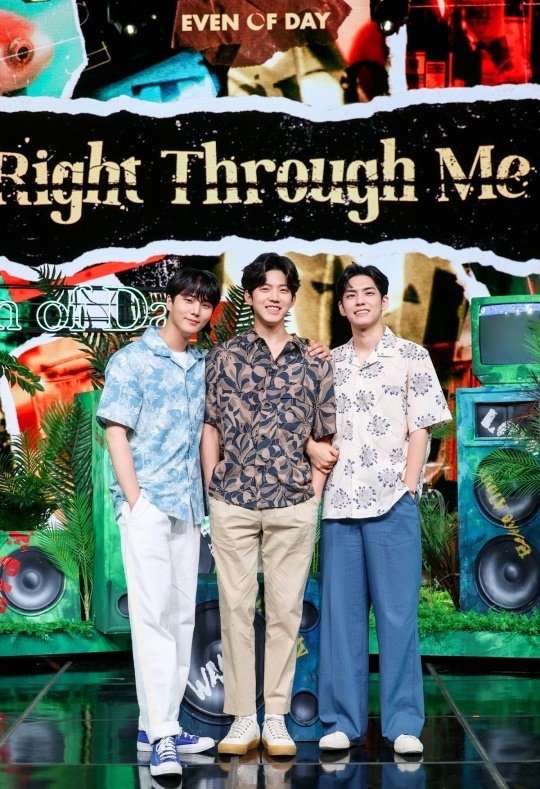 Young K, Wonpil and Dowoon put out their second EP, “Right Through Me,” about 10 months after their previous EP, “The Book of Us: Gluon -- Nothing Can Tear Us Apart.”

The title track mixes strong sounds based on ‘90s hip-hop rhythms and jazzy codes into a balladic sentiment popular in the same period. The melody strikes a sharp contrast with heart-wrenching lyrics.

“I can recommend this EP with confidence since we’ve put a lot of effort into preparing it,” said Young K.

Both the band and the subunit have been singing of different moments in different lives.

“We wanted to send out empathy and consolation even when we’re singing about sadness,” said Wonpil, not simply comforting, but like a friend who offers to take the next step together.

As for the meaning of the title, Young K explained that the straightforward expression says how small things can pierce through us and make us fall apart. 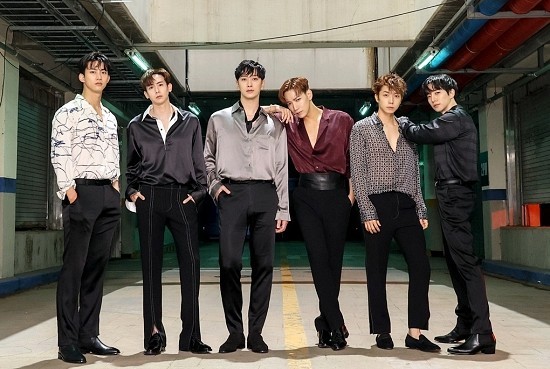 The LP came out in two versions -- “Light” and “Dark” -- and both landed atop Tower Records’ daily sales chart as No. 1 and 2, according to the newest tally that became available Saturday. On the day of the release, the LP topped the iTunes albums chart in Japan as well.

In China, the lead track hit No. 1 on the country’s largest music site QQ Music’s Korea Wave chart. Wooyoung participated in writing both the lyrics and melody of the lead track that sings about fighting against irresistible attraction with an addictive melody.

On Saturday, the band communicated with fans from around the world with a livestream on Twitter and drew over 1 million viewers in total.

The bandmates thanked their fans for waiting for such a long period and said they are enjoying every minute of their activities.