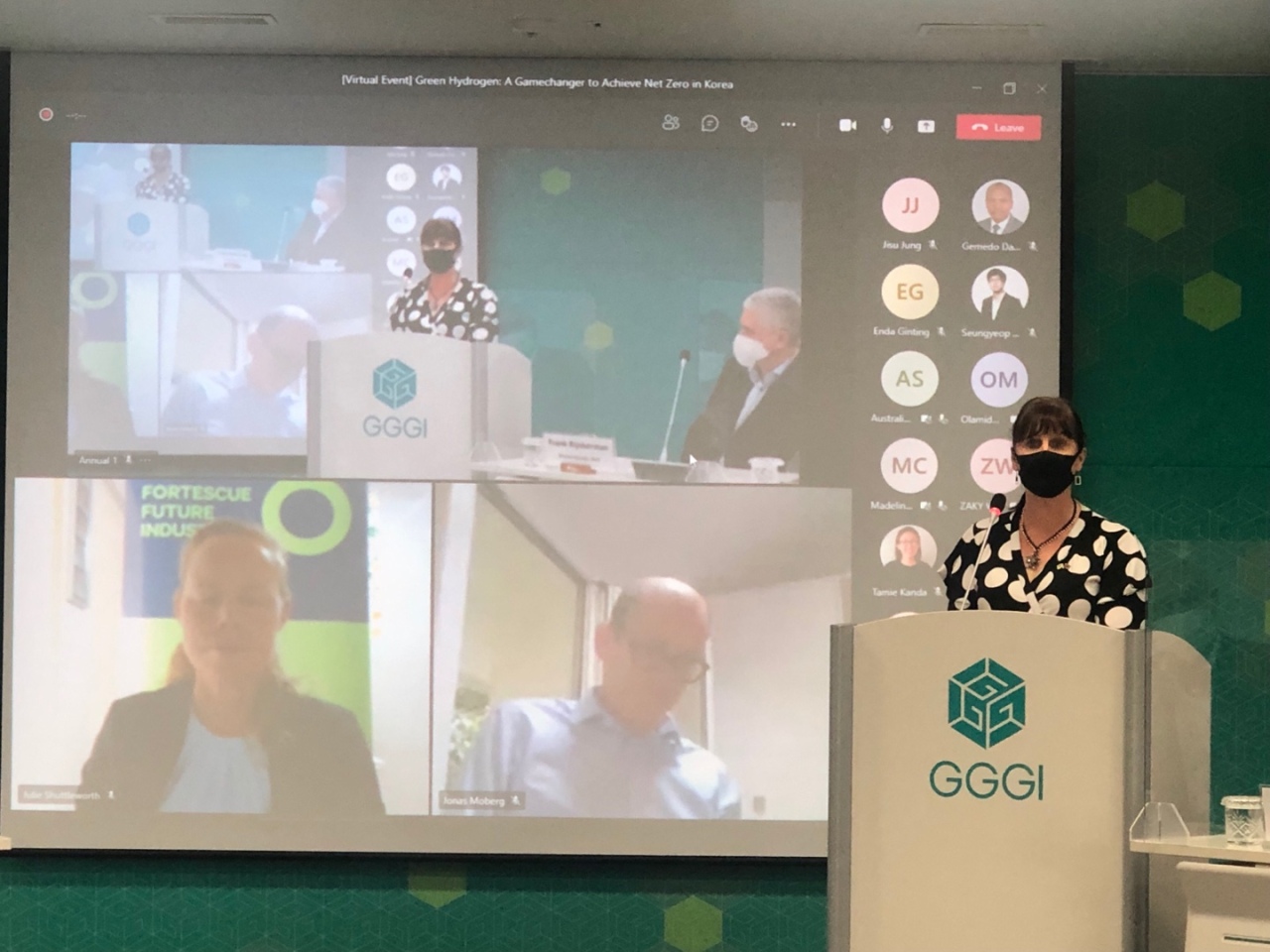 “There is very much global momentum to develop the hydrogen economy- momentum that’s been created by global agreement on the need to address climate change,” Raper said.

“So, as advanced and industrialized nations, Australia and Korea need to invest in sectors that can both accelerate emissions reductions and support jobs in communities as they recover from economic impacts of the ongoing pandemic.”

Green hydrogen is hydrogen made using renewable energy, rather than using fossil fuels.

According to GGGI Director-General Frank Rijsberman, connecting Australia, Korea and Indonesia would bring green hydrogen projects, pointing out that the International Energy Agency believed these would provide the solution to decarbonizing “hard-to-decarbonize” sectors, and may well be a solution for energy storage.

“Green Hydrogen is expected to take up 25 percent of all renewable energy in 2050. … If we look at the potential expansion of green energy, we can consider this source of energy and this would be the area we could consider for financing & policy development,” GGGI Assistant Director-General Shin Kyung-nam said at the event, citing the European Commission’s Green Hydrogen Strategy.

He emphasized the potential for expansion of Green Hydrogen in the Asia-Pacific and the role of GGGI to broker financing & policy development for sustainable energy innovation.

At the event, KOGAS announced the establishment of a hydrogen business headquarters, status and prospects for collaboration with GGGI and shared South Korea’s experience. KOGAS is preparing a foundation of the hydrogen business and operating a designated hydrogen center.